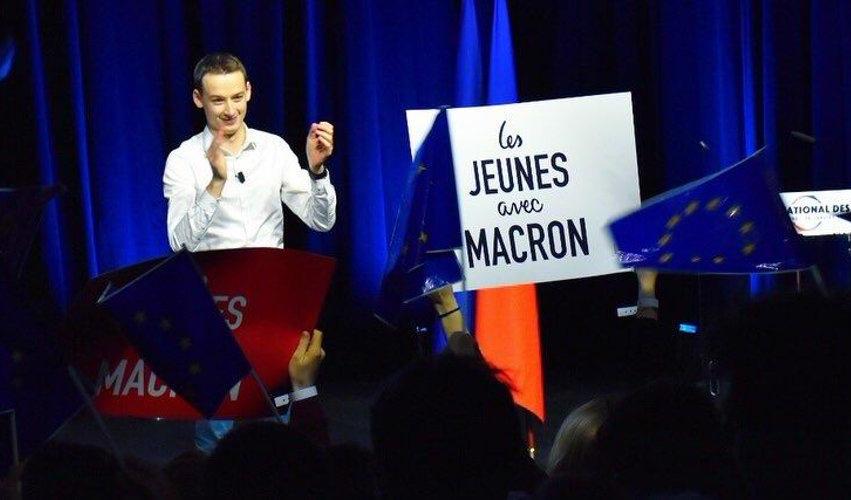 This is an article in our series of interviews with liberal and progressive youth organisations.

Les Jeunes avec Macron (JAM) is a French progressive youth movement founded in 2015. It is the youth party of La République En Marche, the party of president Emmanuel Macron. For this interview our editor Krijn van Eeden spoke with JAM President Ambroise Méjean.

Can you tell me a little about how JAM operates? How is it structured? What kind of people are active in it? And what kind of projects does it work on?

JAM is the largest youth political movement in France, with 27,500 members ranging from 15 to 35. Our special strength lies in a free membership that helps us to attract people who would not pay to join but are interested in politics. The movement has a national board, elected by all members, and local teams that play a decisive part in each of France’s 13 regions and in almost every 101 departments.

This vitality is reflected in the abundant activity we have. Each year we organize 3 national events and dozens of local events to meet, debate and promote our ideas. We obviously take part in all French electoral campaigns (and there are many) with numerous candidates and volunteers that come from JAM. Each time with one objective: to promote our values. For example, more than 500 of our members ran in the municipal elections last March.

What are the fundamental values of JAM, and how does the organisation work to promote these?

More than values, I want to share with you our struggles because they define who we are.

During the last presidential campaign, we made two major observations. France was rigged in a political system with two old parties profoundly divided within themselves: between their conservative and progressive wings. This division had kept them from daring essential reforms and our country was starting to fall behind. This explains our two major fights.

Our first fight is for a fairer and more sustainable society. At the beginning of our commitment there is the fight against a society where people are stuck in their social category, in their job, in their city, stuck in their life. The way towards equality of opportunities is dual: more liberties to break down legal restrictions that restrain economic spirit of creativity, more protections to abolish social determinants at every age and allow everyone to seize their chance. On this subject we have strongly supported reforms implemented by the government to modernize labour law, to invest billions in training or to reduce the number of students per class in deprived neighbourhoods.

However, a fairer society cannot be separated from a fight against global warming. This was the message of world Climate strikes in which we participated. That’s why we have a pretty simple mantra: “ecology must be the priority of all public policies”. We believe in an ecological and social transition which is ambitious but doesn’t harm the most disadvantaged.

Another challenge is human. Our ambition is to renew the political system. Emmanuel Macron broke the wheel of the two main parties in 2017. We also elected the youngest national assembly ever with 32 MP under 30, including two of our founding members, Pierre Person and Sacha Houlié. JAM will continue to train new citizens that want to be involved in politics in order to apply this advice of the French President: “in the end you will succeed if you find someone better than you and let him replace you”.

How is JAM connected to its mother party, La République En Marche? What role does JAM play in French politics?

JAM was founded in 2015, almost one year before La République En Marche, when Emmanuel Macron was still a minister and not yet a candidate for president. This anteriority has given us a strong independence that we cherish. Independence regarding internal decision-making, but above all independence to defend our values. Thus, our movement is free to defend its own political ideas like we just did by publicly warning the government and the movement that tracking cannot be done at the expense of individual freedom even in a crisis context.

This does not preclude our very good relationship with our mother party. As leader of JAM, I am a member of La République En Marche’s board and I work hand in hand with its President Stanislas Guerini. Together we ensure that local teams do the same and we strongly promote common events and actions. Our actions are very complementary.

For a youth party, it is harder to be in the majority than in the opposition. Whereas our opponents just use their time to create useless polemics, our mission is to find a path between support for the government and useful criticism.

I think we are pretty good at it. On the one hand JAM supports the government with classical on-the-ground campaigns, communication which can be serious, with a complete website to explain Emmanuel Macron’s opinions on the EU, or very disruptive, with our game superjambros.lesjam.fr.

On the other hand, we are able to promote our own ideas when we want the government to go further. In 2019, six amendments proposed by JAM were included in a law on circular economy. A success that shows the utility of our movement, because this will have a real impact on the lives of everyday consumers.

How do you think JAM could improve?

First, we need to achieve gender equality in the organization. Today, with only 30% women, we are not doing better than other youth political parties. Even when it comes to officers, it can be difficult to reach parity. That is why I asked one of our national delegates to conduct an internal audit and to work on ambitious measures that will be presented in two weeks.

Another challenge which is sadly not surprising is that we lack social diversity. Fortunately, this observation is not true in every department and I have witnessed that where people with different backgrounds lead, they are able to integrate more diverse people. This is a promising way and we will be careful in the next two years of our mandate to promote it.

How does JAM currently interact with international partners?

First, I have to say that you will not find one member in our movement that doesn’t strongly believe in Europe. This is a core value for us all. Since 2017 and our victory we have always spotlighted this subject.

This includes good relationships with numerous European youth parties. We have a fantastic European team led by our international officer Sacha Halphen, who, in the footsteps of his predecessor Pierre Marc, is working hard to foster closer ties between JAM and other youth parties. The ultimate proof of our engagement lies in the organization of the “YES” (Young European Survey) in 2018 with 14 youth movements that collected more than 20,000 answers in 10 countries.

The new European parliament elected in 2019 has also reinforced our links with partners through the group Renew Europe.

At another level, I cannot answer on international interactions without highlighting the key role of JAM abroad. In Spain, Belgium and many other countries they have created direct and valuable links with our partners.

What role does JAM see for itself, when it comes to cooperating with other youth parties on a European and international level?

JAM wants to be useful. We see our non-membership in European or international organizations as an opportunity to develop a smooth dialogue beyond traditional political frontiers. In 2018, during the YES survey, we gathered parties from socialist, conservative and liberal origins. We are persuaded that European projects can and must overtake political brands. We want youth parties to know that we are always open to exchanges and new projects.

Currently we are working with our partners on a new European survey focused on the European Green Deal, that will take place at the end of 2020. I am convinced that environmental ambition can bring together more parties than YES and I am committed to warmly welcome all movements that share our commitment on this subject.

What is JAM’s evaluation of the Covid-19 crisis? How do you view the response of the French government, the EU and the world in general?

France has been struck hard by this crisis with, sadly, more than 28,000 deaths. Even if everything was not perfect, we are proud of the numerous mechanisms that have been deployed to face the crisis. The government worked hard and effectively in its dealing with the pandemic, with a 45 days strict lockdown which ended a week ago. It has also engaged in the most ambitious effort in Europe to protect jobs, with 79 billion euros for partial unemployment allowance.

At the European level I honestly was afraid by the very first response. It lacked courage and it could have been a fertile ground for populists. This fear was swept away by the very fast suspension of budgetary rules, the reaction of the ECB and the recent will of the joint Franco-German proposal to implement an unprecedented recovery plan of 500 billion euros. The latest is the most important and we can only hope that all countries in the EU will understand that it is time to let their reluctance behind: Europe will be supportive or will perish under the blow of nationalists.

At an international level, I am torn between the satisfaction to have seen solidarity and the fact that this solidarity was often motivated by a will to enhance the influence of some countries. Just look at Russia that pretended to help Italy but sent more soldiers than masks.

How is JAM responding to this crisis?

At an internal level, this crisis has changed the way we operate. We abandoned public events for Facebook Lives and Zoom meetings, it felt strange but was sometimes more effective to talk to a larger number of people, I think we will try to keep some formats developed even after the lockdown.

Our main political response has been to warn the government about the situation of young people and in particular the precarious situation of students. With the help of our student network, we wrote a letter to ministers in charge of this subject in which we described the issues and made some suggestions like rent suspension or extension of scholarships.

The government answered with a special financial assistance of 200€ for more than 800,000 young people that we warmly welcomed.

More than what we did as a movement I also want to highlight the work of our members. Several, as healthcare professionals, were on the frontline of the crisis. Others were volunteers in associations to help people or distribute food. They made us proud.

Do you have any ideas on how progressive youth organisations could work together on this?

More than ever, we have seen that the answer to such a crisis cannot be done without  European coordination. We have also seen that young people were ready to fight for Europe. They voted against Brexit and they increased their participation in the 2019 European elections by 14 points and 70% of them think that the participation of their country in the EU is a “good thing”.

I am convinced that as progressive parties we have to deliver on these European expectations of young people. We must always be more ambitious and demanding towards our governments. Let’s put our European and green ambitions centre stage, let’s tackle this challenge together. Progressives of Europe, unite!