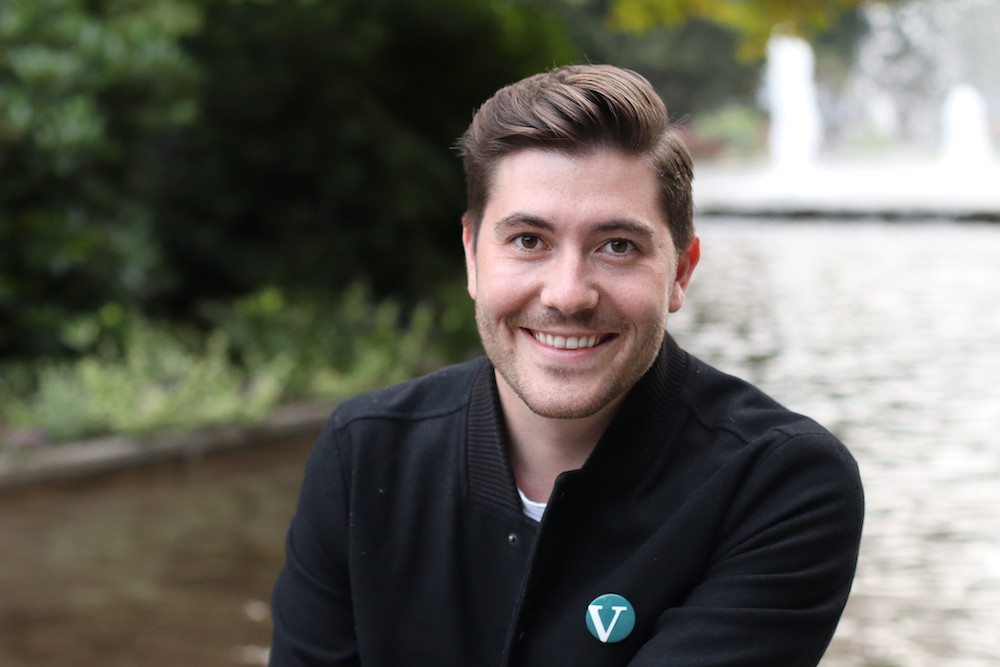 Read the latest article in our interview series with Young Liberal Politicians and meet Grunde Kreken Almeland, a young Norwegian politician for Venstre (the Liberal Party of Norway). Grunde was the deputy leader of the Young Liberals of Norway until he became a deputy representative of the Parliament of Norway in 2017, and then moved up to full representative in 2018. He gives us some insights into how his political career has evolved from being a teenage activist to becoming a liberal MP. Grunde also talks about the key policies his party focuses on and their plans to tackle issues like climate change and youth employability as well as the importance of protecting freedom for the next generations.

Why are you a liberal and what does liberalism mean to you?

The main reason I am a liberal is because I believe in people and individual freedoms that enable them to be true to their identity and live the life they want. I believe in a limited state that protects individual rights. We often have this discussion in Norway about the question of whether we are liberals or social liberals and there is one sentence we often repeat in my party: ‘my freedom ends where your freedom starts’, which means that to ensure that everybody has their individual freedom, we need some sort of power that ensures equal opportunity for all. This is a key concept in my party because we believe that the circumstances we were born in should not limit our opportunities.

When did you become politically active?

I started off as a political activist when I was still in secondary school. There were a few causes I campaigned for that had a significant impact on my life. One of the most memorable ones was when some power lines went through my neighbourhood that had a devastating impact on the surrounding landscape and environment. I had very strong feelings against the project and it really upset me that some politicians had made the decision to build those power lines without consulting the locals.

I believe this experience must have had an impact on your career choice. What were your motivations to stand for an election as a liberal MP?

Actually, I never thought I would become an MP one day, it seemed so unattainable for me. I felt that a young guy like me with no connections and political family background had no chance to become an MP. Even when I joined the Young Liberals of Norway [Venstre’s youth wing] and started to get more involved in politics, it was never in my mind that one day I would do politics full time. Then later on, the opportunity had arisen for me to stand in the parliamentary elections as a youth candidate. There were a few issues we focused on, such as climate and student issues, but our core focus was on equality and anti-discrimination – these issues are now also part of my portfolio in Parliament. I had the opportunity to work with really great people and we ran an election campaign, although I never thought I would actually get in. I was fourth on our list, but you should never say never. My party got into parliament and I was elected as an MP, which is still something to get used to.

You mentioned that a part of your election campaign focused on climate change. Can you tell me about your party’s efforts to tackle climate change and their contribution to Norway’s climate goals?

Climate change is amongst my party’s core issues and I think this is the most important problem we have to solve in order to ensure that the next generation will have the same freedoms that we do. At the core of the Norwegian environmental policy is the Paris Agreement and we work closely with the EU on climate goals. Having a roadmap ensures that we have a ‘plan’ of how to reach these goals. One of the core policies that this roadmap includes and my party signed is the electric car policy in Norway. This policy has gotten great international recognition. The state provides subsidies for electric cars, which has significantly driven up the market for electric vehicles. It’s been a huge success so far. Our figures show that in this month, for example, Norwegians bought more electric cars than fossil-fuel powered ones. With state subsidies we are able to create a market for electric cars and encourage people to be more environmentally aware. This policy has also helped to offset the negative impacts of the oil industry, which is one of the big taboos in Norway. My party works hard to find a way to limit oil exploitation and that is why we have initiated a record-high investment in wind turbines. We also have plans to build more hydro plants.

After all these environmental policies and initiatives, do you think that Norway is going to be able to meet its climate goals for 2020 and 2030?

For 2020, we are not going to be able to make it. Five years ago, we were hoping that we would make it, but even then, there were a lot of sceptics. As a young politician, I think it is right to say that older politicians should have done much more and taken the climate goals more seriously. It is important to recognise and publicly admit that we haven’t done enough in the past and we still don’t do enough to tackle climate change. Unfortunately, many politicians are not willing to make any drastic changes and admit that not enough has been done. However, I hope that we will meet the 2030 goals and our party is definitely working towards these goals, but we do need to rapidly speed up the process. We see that our greenhouse gas emissions have been going down for the fourth year in a row, so we try to stay optimistic.

It would be interesting to find out what your stance on Norwegian membership in the EU is. Do you think Norway should become a full-fledged EU member state?

Yes, I do. I am pro-EU, but I find the Norwegians to be a bit schizophrenic when it comes to international cooperation. We support the EEA agreement and love working with the EU, but we strongly oppose Norwegian membership in the EU. I often like to point out that those people who don’t want Norway to become an EU member state are in fact only against Norway’s right to vote on issues that affect us. A fun fact is that Norway is the fastest implementer of EU regulations, but its citizens do not want to be members of the EU club.

In your opinion, what are the greatest challenges that young people face in Norway nowadays and what does your party do to tackle these issues?

The one core issue that I have stressed earlier is climate change, because it affects young people and this adverse effect will be even worse in the future, if we don’t do enough today. The other issue is employability. Young people are worried that once they want to join the labour market, they will fail to find jobs. Our society is going through another technological revolution and it is challenging to find a job if you don’t have the right skills and education to adapt to the technological changes. I am concerned about those young people who can’t meet the demands of the labour market. The government should tailor education to fit the demands of the labour market and help young people to get into higher education. We have just passed a new curriculum for primary and secondary school to ensure that students learn about the most up-to-date digital knowledge to be able to succeed in the future. Nowadays, it is not enough to know how Microsoft Excel works, young people need to be digitally competent and understand for example how coding and algorithms work. These skills are also useful to filter out digital manipulations and fake news that currently threatening liberal democracies and our freedoms.

And lastly, what advice would you give to young liberals who are interested in pursuing a career in politics?

There’s no single recipe to become a politician. It is all about dedication and hard work. If there is an issue you are passionate about and you truly care to make a difference, you should act on it. I’ve done so much unpaid work and research before I was actually able to get a paid position and work full time. If you are not dedicated enough, people will notice that you don’t actually mean what you’re saying and just want to climb up on the political ladder. But if there is an issue you are passionate about, don’t take no for an answer. There will always be older people telling you that you are not good enough and you shouldn’t do politics, but don’t listen to them. When I was 15 years old, I received a text message from a local politician telling me that I should never become a politician and here I am, years later, an elected MP.