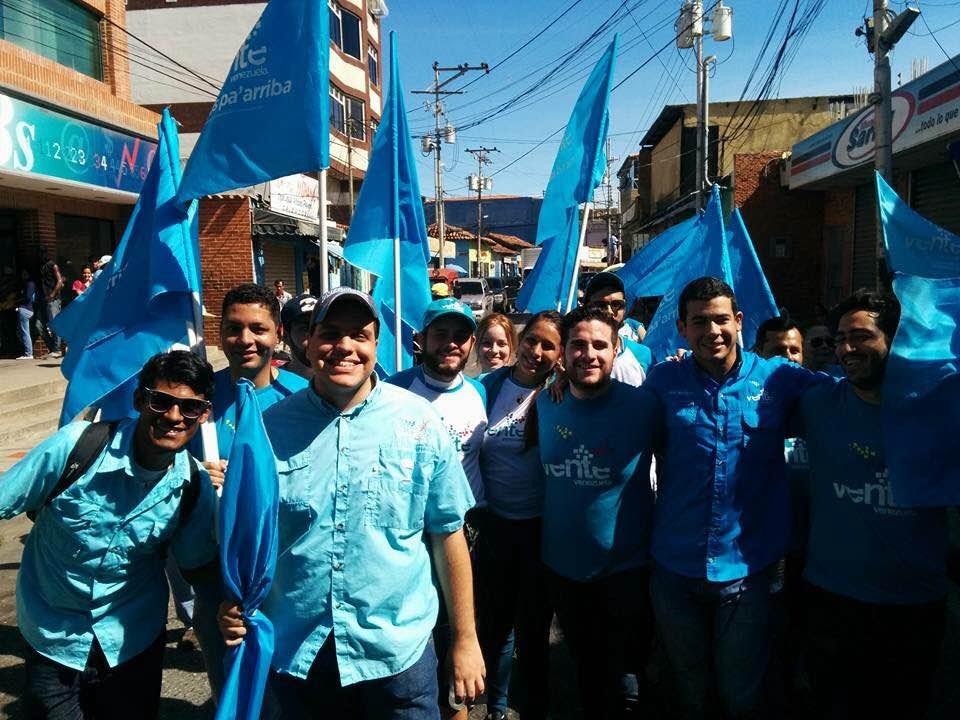 Campaigning in the streets of Caracas

In the second half of this interview (the first was published on Sunday) Pedro reflects on the results of the elections in December and Vente Joven’s relationship with IFLRY. The first part, in which Pedro discusses his political engagement and that of Vente Joven, can be found here.

In December 2015 we have seen revolutionary elections, what is your take on those events?

What occurred last December in Venezuela was an unexpected and a real change to our political situation, because it was the first time in 18 years of “Bolivarian Revolution” that the opposition was able to take control of one of the branches. That wasn’t a simple victory, because the opposition obtained a two thirds majority in the legislature, which allows to make major changes in the institutions and to fight against president Maduro’s regime. Before the election, there was concern about the possibility of electoral fraud. However, Maduro’s unpopularity reached almost 80% and the people became really angry with the actual situation, so, it was really difficult for Maduro to win the elections. The attention of the international community, the pressure inside our country and the situation in general prevented a dirty trick. Right now the doors are open to look for the different constitutional ways to achieve the change of government as soon as possible. Also, one of the most important things is that ten deputies from Vente Venezuela were elected in this election.

What is the current political situation in your country?

We are in a very complicated situation. On the one hand, we must solve the pressing economic issues and stop the humanitarian crisis that is happening, but we know that these economic issues can only be solved with the change of the political model. Added to that, Maduro’s regime refuses to change the situation and he has opted to use the rest of the branches under his control to try to neutralize the new parliament. The opposition has been strengthened in the last election and this force is prepared to discuss the different available mechanisms to change the government and the branches that have been illegally controlled by the regime. The increasing number of of political prisoners, the silenced politicians (our national leader María Corina Machado, for example) and the violations of human rights remain a priority for the opposition. The new National Assembly is in the process of adopting an Amnesty Law, although the regime has said it will not yield. The outlook is very complex and the coming months will be crucial for the future of Venezuela.

How did you learn about IFLRY and how did you experience your first IFLRY event?

In Vente Joven we have similar ideas to IFLRY and thanks to our joint work with the Swedish International Liberal Centre (SILC) we got to know more about the Federation and its activities. Since then, I think it has been a mutual learning process, because we have acquired more knowledge from organizations other countries with similar ideas to ours, but these countries have understood our reality and understand the magnitude of what we are living in. I remember the first event I attended and was the IFLRY’s General Assembly in 2014 in Krakow, Poland. I went there accompanied by Lorena Loli, and we had the opportunity to understand the dynamics of the Federation, known to the representatives that got elected, with which we now have the best relationship, and learn more about the idea of  the ​​Latin America Program, which was created months later and in which we have been active. Since then, several members of Vente Joven have attended IFLRY events, strengthening the ties with the region and learning from the work you all are doing for a world of more freedom.

During IFLRY’s last Executive Committee, taking place in November in Santo Domingo, your organization – Vente Joven – has received the 2015 Freedom Award. What does this mean to your organization? 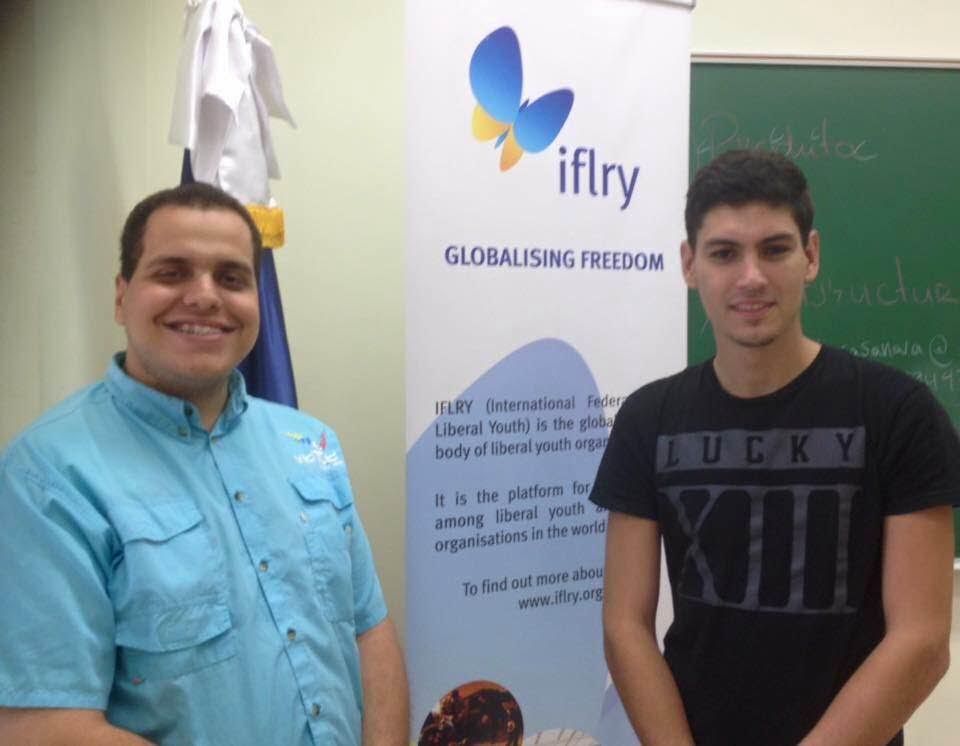 Winning the Freedom Award is not only a great honour but also a great responsibility (and it was a huge surprise, too). That Vente Joven had been the first Latin American organization to win this award is a recognition of the struggle that we have been giving for the freedom of our country, but also an incentive to continue doing so. In our organization it was a proud moment, not only among young people but also among all those who are part of Vente Venezuela. This award invites us to continue to trust in our principles and values and to continue working with the region and with IFLRY. Definitely, this award is our message to the world that we will not rest until we achieve our goal and we hope to have all of you to regain our democracy and freedom. Thank you again for this recognition and this honour.

What are the international society’s main misconceptions of Venezuela?

Probably a few years ago there were more misconceptions about Venezuela, due to the use of oil to win international allies (“Petrodiplomacy”) and and the active role played in the international community through ideology, populism and personalism. From Maduro’s rise to power and his repeated violations of human rights, the situation began to change and many countries have begun to move away from the regime. Hundreds of personalities and democrats throughout the world have spoken out about what is happening in Venezuela (Former presidents, parliamentarians, intellectuals, etc.), but this is not enough. Governments still need to take clear positions and have to understand better what is happening in Venezuela. This can be complex because the first problem is that many of them don’t see our country as a dictatorship or don’t understand the magnitude of the economic crisis. That was the regime’s strategy: using the elections as a democratic façade for obtain legitimacy, but acting in the background in an authoritarian way or as a dictatorship. This is what is called a hybrid regime and that’s what we are trying to tell the world.

You have done much for us. In IFLRY we found an unconditional support to our cause and the motivation to continue fighting. So, we have much to thank you for. We also ask you to stay tuned to what is happening in Venezuela, tell the people in your countries that we are experiencing a difficult situation and that we need to raise our voices louder, we need more people to join efforts to defend the democracy and freedom in Venezuela and the world. You have been incredibly supportive and I’m sure that soon we will achieve our objectives. From us, you can expect more commitment and determination in what we are doing. That is our work, our challenge and our responsibility.

Is there anything else you would like to address?

I want to send a huge greeting to all members of IFLRY. For me and Vente Joven. It is an honour to work together on things that unite us, meet so many good people and know that we are not alone. In Venezuela you have a home and with the firm conviction that we will succeed. We have no words to thank you for your solidarity and support.