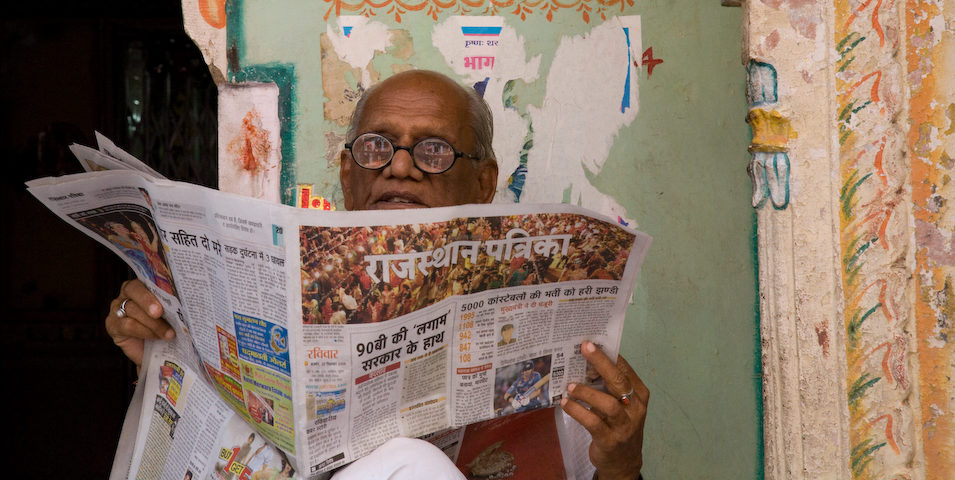 Photo by Todd Gehman via https://www.cima.ned.org/blog/a-red-flag-for-democracy-as-press-freedom-worldwide-hits-record-lows/

Since the start of the pandemic, many countries have been accused of falsifying statistics and silencing whistleblowers; however, unsurprisingly, most of those countries were already infamous for curbing free speech even before the pandemic.

So, how did the pandemic worsen the situation?

To curb the spread of the virus, almost all countries around the world introduced measures that restricted individual freedoms to varying degrees. This is something that everyone would agree were quite illiberal but were the need of the hour. However, according to Reporters without Borders (RSF), this also gave governments a justification to curb criticism of themselves in the guise of curbing mass hysteria.

India is the latest country that is being ravaged by a new mutant form of the coronavirus. As a developing country, the public health infrastructure of India is understandably weak. To further add to the woes, India is the second largest country by population, just behind China. Combine weak health infrastructure with a high population density, you have the perfect recipe for disaster. To further worsen the already deteriorating situation, there have been several reports about the Indian government, led by the right-wing Bharat Janta Party (BJP), censoring information and criticism of their Covid response. The censorship of vital information and statistics often creates a false illusion that the situation is under control, which in turn leads to further worsening of the situation. As the real numbers are sugarcoated, experts are left with a lack of data to work with.

There have been countless reports of social media being censored in a bid to curb so-called misinformation and mass hysteria.
The Indian Government had requested social media giant Twitter to remove posts under India’s Information Technology Act, as a result of which a number of tweets from Indian lawmakers and opposition were blocked from viewing. The censorship isn’t solely confined to Twitter. The New York Times reported that posts, particularly those that were critical of the Indian government’s handling of the situation, were removed from Facebook, Instagram and YouTube. People have also reported being harassed and threatened to close down WhatsApp and Telegram groups that are helping people find lifesaving supplies amid the chaos.

Why do some accuse the government of cover up?

Arrests have been made by the police accusing people of spreading misinformation or creating panic. One example of this happened in a local town called Amethi in Uttar Pradesh state of India. A man was arrested for merely tweeting “Need oxygen cylinder, ASAP”. This an example of how laws meant to protect communities from mass hysteria can be also be misused by governments to shun people.

Another example of such cover up was reported by Indian media outlet, the Wire. They reported that the Uttar Pradesh government has installed opaque fencing at crematoriums to keep people outside from viewing cremations inside. This is believed to have been done because videos of multiple cremations went viral on social media, which showed that the number of actual deaths might be very different to the number of deaths being reported by the Uttar Pradesh government. This led some to believe that the severe undercount of deaths and positive covid cases could be deliberate.

On the other hand, the chief minister and party leader of the right-wing BJP Yogi Adiyanath addressed the public claiming that there is no shortage of beds and oxygen in hospitals in his state (Uttar Pradesh). The reality, however, is quite different, as multiple news outlets have shown images of notice boards at hospitals informing the public that due to the lack of supplies (oxygen, medicine etc.) patients would not be admitted. But, again, these notice boards were pulled down immediately after and hospital staff were reportedly prohibited from appearing on media to ask for supplies. Other reports claim that hospitals are simply told to say that “the oxygen is being arranged”.

Is this only happening in India?

This worrying trend of banning criticism and falsifying facts is not only present in India but in at least 83 countries worldwide, according to Human Rights Watch, although some may be more extreme than others. For example, according to a detailed report compiled by the Law Library of Congress, in Nicaragua, international press has been barred from attending press conferences organized by the Ministry of Health. In Russia and Nepal, journalists have been given a specific criterion for reporting pandemic related news and in Armenia, only government provided news regarding the pandemic can be released.

So, why are we mainly focusing on India here?

There are two main reasons for that: India is the latest country facing a public health collapse due to the onslaught of SARS-Cov-2. This puts India and its covid response in the limelight. Secondly, what puts the Indian government in the hot seat here is the fact that unlike most other countries where such censorship has been reported, India is a working democracy and was regarded as one of the most liberal countries in the region. However, the liberal nature of its democracy has declined significantly in the past couple of years, mainly due to the election of the right-wing BJP government.