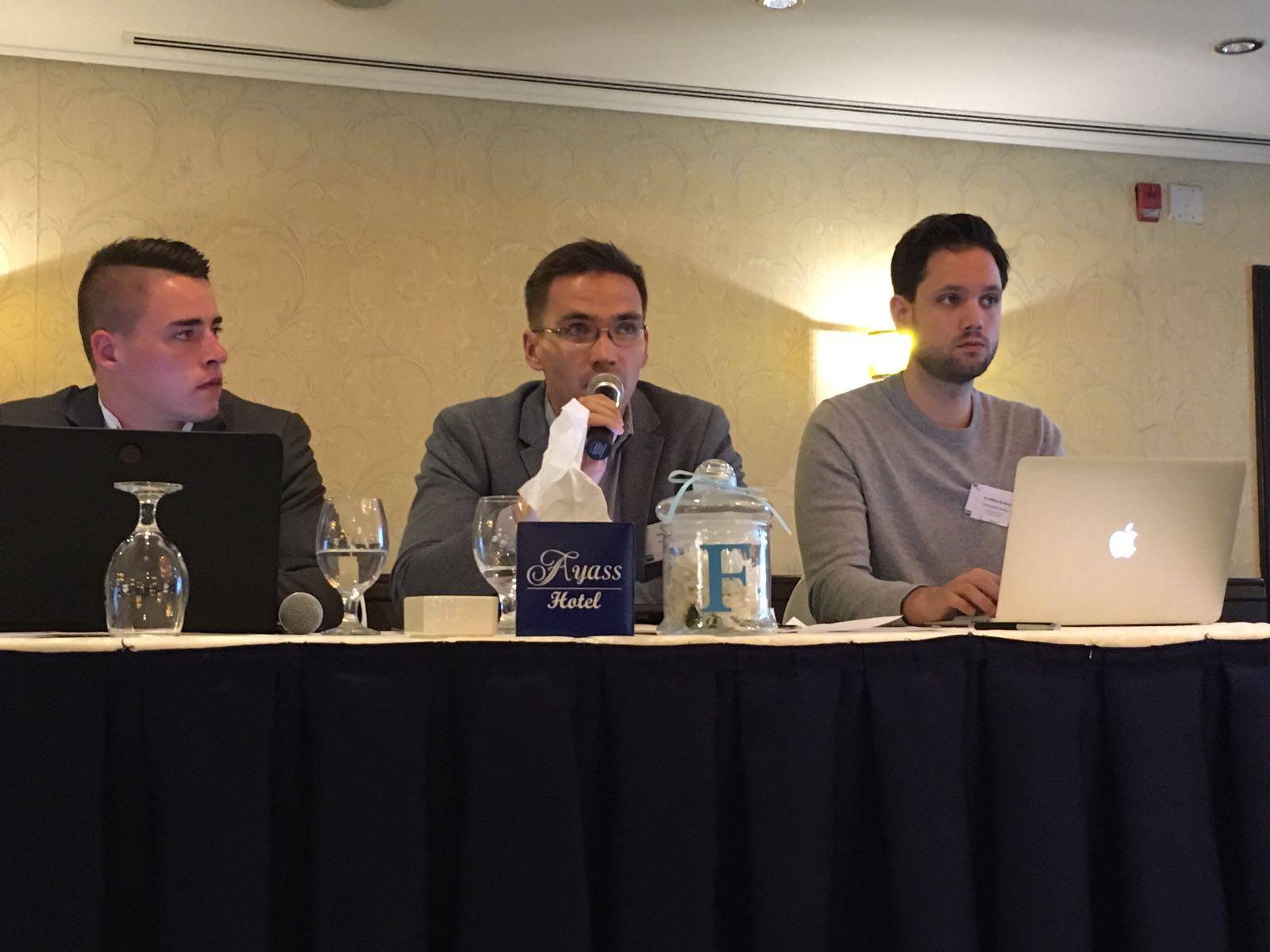 Nikolay (centre) chairing the Standing Committe on Finance at the IFLRY General Assembly in Amman, Jordan.

To my great regret, I must point out that the recent Bureau elections have turned IFLRY into a club of Dutch and Scandinavian friends. Not only are the IFLRY President and the Treasurer members of the same Dutch IFLRY member organization, the new auditor is from a Dutch member organization too; the rest of the bureau consists mostly of Scandinavian representatives. This is unacceptable for a truly international organization.

If we want IFLRY to be an organization which is relevant to young liberals in every part of the world and not just one where like-minded people from countries with developed democracies come to talk to each other, then it is vital that the make-up of the IFLRY Bureau reflects this. For young liberals from countries such as Russia, Belarus, Armenia and Azerbaijan, IFLRY could be a real instrument and strong weapon that they could use to share the problems they face in their counties. With so few representatives on the bureau that are not from Western European countries, I am worried that IFLRY could become less effective supporting activities that are vital in countries where many fighters for democracy and liberalism are in prison. This would not only be a problem for people from non-democratic regions, but also for those from the European Union as well. If, for example, Russia will get democratic government, the EU member states will benefit from this too.

At the moment, I can see some organizations simply losing their interest in IFLRY because it seems to become too Europe-oriented. The organization that I represent, and I personally, consider IFLRY as a wide window to the world. Through this window, we cannot only see the globe, we can also send our messages to it. Unfortunately, which so few bureau members who are not from Western Europe, I do not feel confident IFLRY will present the points of view of my organization as well as it should. I feel that this window has become tiny. I believe in liberalism, I believe in a democratic Russia and I still believe in IFLRY and its role in building democracy, but I do not think we are on the right track now. I hope I am mistaken.

To increase the motivation of participants from non-European countries, IFLRY needs to develop regional programs to more actively, seek local leaders in regions and through them involve new countries into organization.

Moreover, it is necessary to amend the Statutes of IFLRY and prohibit the election of the governing bodies of more than one representative per country. I would suggest that if there are several candidates from one country, or even from one organization, then by a collective decision only one person should be nominated. Moreover, I would like to make an amendment of good practice to the IFLRY Statute, to elect future Bureaus so that there is one Bureau member per continent. This would increase efficiency and give a confidence that young liberals from different parts of the world have their own representative in the governing bodies.