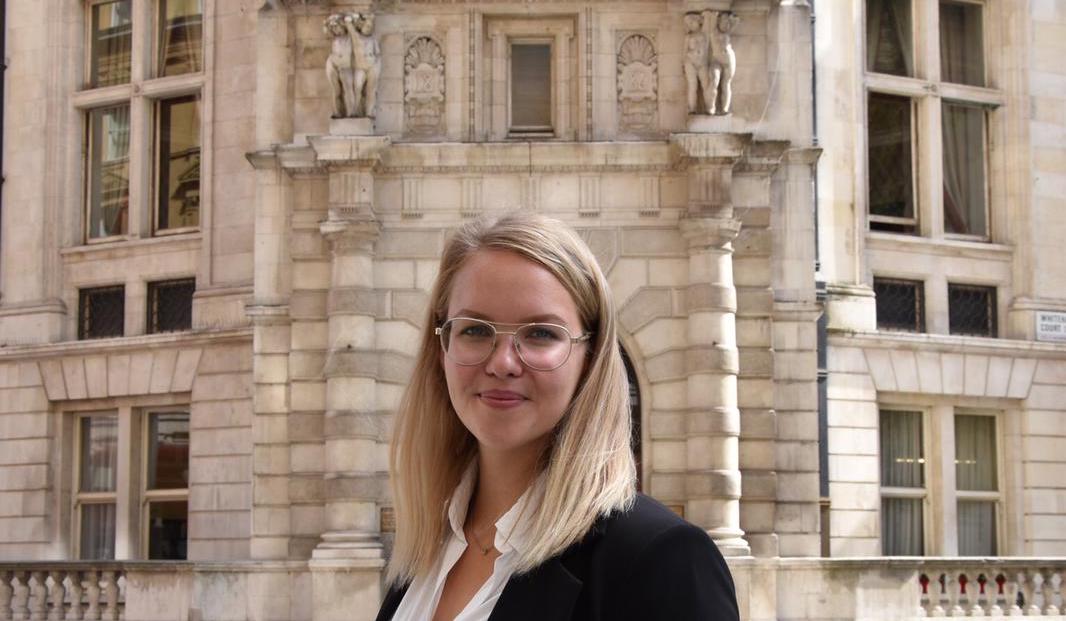 Ida in front of her new office in London. (Picture taken by Jason Frazer, Liberal International.)

Whoever you are and whatever the reason might be that you’re reading this blog – Welcome! Lovely to have you here.

My name is Ida-Maria, and the original plan was to start this blog several weeks ago. The plan was to write a couple of posts before I moved to London and some while I was settling in. But I am (unfortunately) quite the time optimist, so instead of several weeks ago, I’m writing my first blog post just now. Better late than never, right?

I guess it’s best if we take it from the top. The reason why I moved to London is because I applied for an internship about a year ago. My dream internship at the time was to work at the European Parliament in Brussels, but I had also heard a lot about an interesting internship in London. And as the Harry Potter geek that I truly am, the thought of living in London – the city of the magical Harry Potter World – did feel quite thrilling.

A few months after my application had been filed, I found out that I had not been accepted to the European Parliament. The disappointment did, however, not last very long. Because not long after, I got some superb news – I had been accepted to an internship in London!!

So, after a hectic Spring with being both a Master’s student and a candidate in the European Parliament election – and an almost-as-hectic Summer with Summer jobs – I packed my bags and flew to London.

I’m not going to lie. The first weeks felt quite rough. For a person who’s lived almost all her life in a small, Swedish-speaking municipality in Finland with only 20 000 people, and the recent few years in a town with 70 000 people, London (with its 8,5 million people) felt huge. And different. So very different from everything I was used to. I missed my friends and family, didn’t really know anyone here, and was incredibly nervous about my first day as an intern.

In many ways, London still feels a bit like a complete opposite of my hometown Vaasa. And even though I truly love the cosy, quiet, colourful Vaasa, where everyone knows each other, I couldn’t be happier about living in a noisy, (for a Finn almost always too) crowded, even more colourful London, where you meet new people every day.

So, what am I really doing here? I’m working as a Staff Intern at Liberal International, a liberal organisation with over 100 member parties across the world. I’ve only been in the office for three weeks, but I already feel at home. It feels incredible to get to work with politics that I personally believe in, and it feels especially cool to have the chance to work with LI’s Human Rights Committee. (I’ll write more about my work in a later post.)

In other words – No need to worry anymore, mom. I think I’ll really like it here.