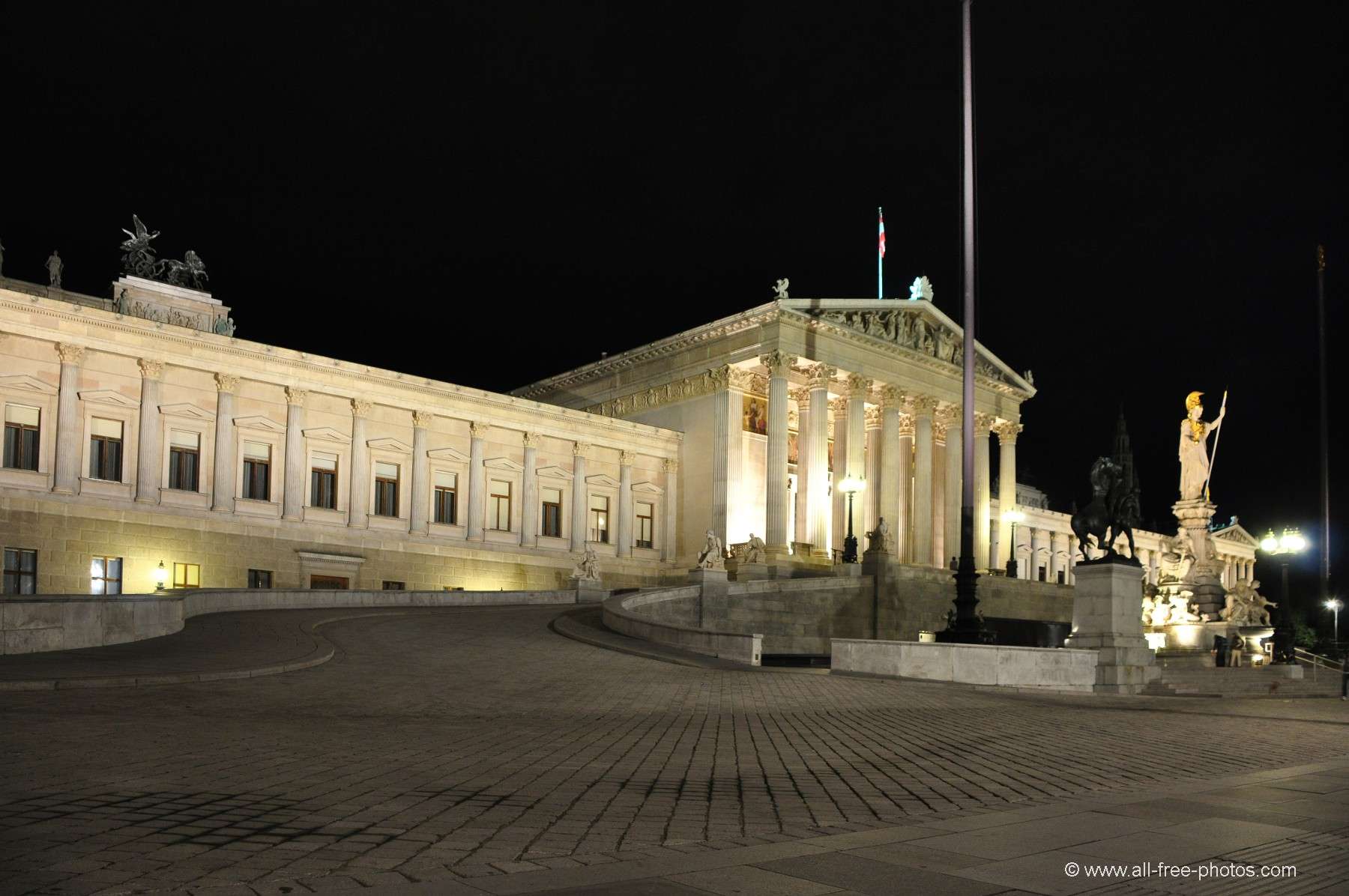 Outside the Austrian Parliament

What happened before the video?

Since our last general elections in fall of 2017, Austria has had a government consisting of the conservative Austrian People’s party (ÖVP) and the right-wing nationalist Party (FPÖ). This government has been rather controversial. People were protesting against the government, in particular against the minister for interior affairs, every Thursday. Nevertheless, the two parties and their heads were consistently trying to demonstrate how well they could work together. Although more and more “isolated incidents” of anti-Semitic, anti-migrant and anti-Muslim behavior by the FPÖ were made public, the ÖVP was still willing to continue governing with the FPÖ and preferred stay quiet about those incidences.

Then came the video…

On Friday, May 17th – one week before the EU elections – parts of a video were released by a German newspaper in which the FPÖ vice-chancellor H.C. Strache and another high-ranking FPÖ member talked to an alleged niece of a Russian oligarch at a private estate on Ibiza. The video shows Strache proposing that the supposed “investor” buy the highest selling Austrian newspaper and treat the FPÖ favorably in their reporting. All that in exchange for Strache promising to, once in power, supply her with important government orders. During the conversation, Strache brags about various big companies financing the FPÖ through anonymous associations, because that way these transactions would not be visible for the Court of Auditors – which would, of course, be illegal party funding (all companies mentioned in the video denied having funded the FPÖ). The entire 7-hour-meeting was captured by several hidden cameras and microphones. The video was filmed a few months before the national elections in 2017. The circumstances of the production have not been made public yet.

One day after the release, Strache announced his resignation and the same day, after massive protests in front of the chancellor’s ministry, the conservative chancellor Sebastian Kurz announced that there would be new elections in the fall. The possibility of continuing the coalition with the FPÖ was discarded and the FPÖ ministers were dismissed and replaced by “experts”.

So far it seemed that business would go on as usual until the elections. Nevertheless, one of the smaller parliamentary parties pushed towards a “no-confidence motion” of chancellor Kurz to be discussed in the week after the EU elections. They explained their distrust of Kurz with the predictability of scandals concerning the FPÖ – they have always caused “isolated incidents” and having brought them into government would show bad judgement on Kurz’ side.

Then came the EU elections, with losses for both the FPÖ and the social democratic party (SPÖ) – the conservative party gained massively and NEOS, the Austrian liberal party, was able to slightly gain votes and reach the best result of a liberal party in Austrian history. Shortly afterwards, the social democrats announced that they would put forward a motion of no-confidence not only towards the chancellor but towards the entire government. During the parliamentary session, this motion of no-confidence was supported by the FPÖ and therefore passed, since only a simple majority is needed.

No government and the beauty of the Austrian constitution …

After the whole government was dismissed, the Austrian president Alexander Van der Bellen declared that there would not be a state crisis, as the Austrian constitution was prepared for such an event. A few days later, he presented Brigitte Bierlein, the (now former) president of the highest court, who would be the transitional chancellor and in charge of assembling new ministers for the transitional government until the national elections in September.

In the midst of all this it was announced that H.C. Strache received enough personal votes in order to get a direct mandate to the EU-parliament. He has not yet reached a decision whether he will take it or not.

“We’re going to Ibiza” by the Vengaboys was on top of the Austrian charts, the Austrian broadcasting station had high ratings during its special coverage of the scandal and Austria finally has its first female chancellor. All’s well that ends well? Not quite. NEOS tried to take a chance and put forward several resolutions in parliament towards more transparent party funding. All were rejected by ÖVP, SPÖ and FPÖ.

The next months will tell if Ibizagate actually changed the way politics are done in Austria or if the major parties once again will return to non-transparency, illiberal and non-future oriented wasteful policies. NEOS as well as JUNOS (Young Liberal NEOS) are ready for the elections and will continue to fight for liberal, transparent and sustainable politics.

Ines Holzegger is the JUNOS International Officer, part of the JUNOS national board and a candidate for NEOS for the national elections. When she is not politically active, she teaches English and History at a Secondary school and studies political sciences at the University of Vienna.