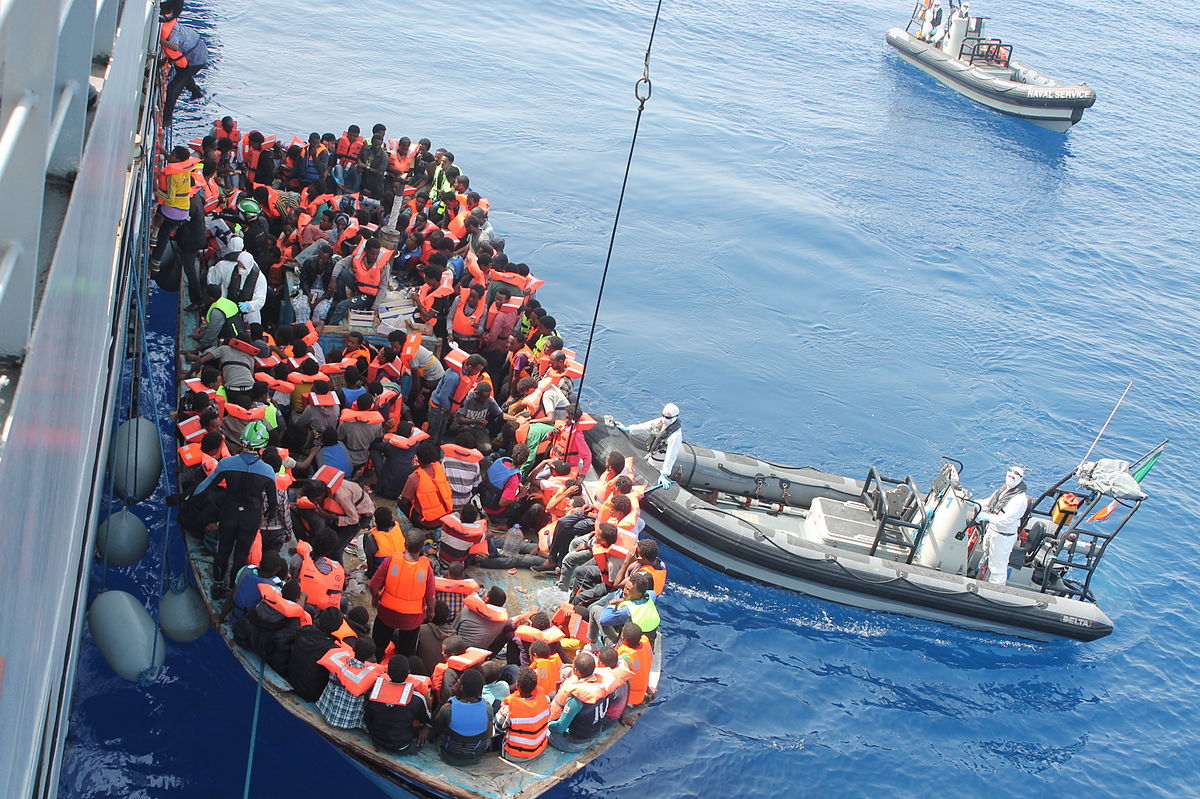 Migrants in dire conditions, arriving at Europe’s borders, have been in the news for more than two years now. European states claim to be on top of the situation. But are they? Are they doing enough? And are they doing the right things?

This is the first of a series of articles, in which we, members of the foreign policy working group of the Dutch Young Democrats (Jonge Democraten), cover the refugee crisis on three different levels. This article will start with discussing the root causes of conflict that result in people seeking refuge in Europe and other places. We will then present solutions to solve them, and our take on those solutions. The second article in the series will analyse the European dimension, and a third one will treat the national perspective.

The majority of the refugees aiming to reach Europe come from the Middle East – in particular Syria and including Afghanistan – and the Sahel region. These states share a few common attributes. One of them is that they are located within a circle of about 2500 kilometres from the European border, which includes Mali, Nigeria, Somalia and Afghanistan. Also, all these countries share the fact that instability is growing and that their governments are either the cause of this instability or that they are unable to stabilise the situation in an inclusive and constructive manner.

Many refugees on Europe’s borders fled for war and conflict and its consequences. The largest share of refugees coming to Europe are Syrians, fleeing from the violence of many warring parties in their country. These are, however, not the only causes for people to abandon their jobs and flee their homes and communities. Climate change, poverty, virtually non-existent or thoroughly corrupt governments, terrorism threat, and food insecurity are less obvious but nevertheless important causes for people to leave their homes and find a future that is more secure, more prosperous and happier than their current situation.

Current policies to manage or solve the current refugee crisis can be differentiated into policies for relocation in the region and policies to close Europe’s borders. In the case of Syria, more than 90 percent of the refugees are being kept in the region. European states spend billions of euros each year on humanitarian aid in the Sahel region as well as the Middle East.

The European Union (EU) strengthens its migration policies each day, which leaves more and more people in the region of their home country. For instance, the EU-Turkey Agreement aims to decrease the amount of illegal migration from Turkey to the EU. All migrants illegally crossing from Turkey to the Greek Islands will be returned to Turkey, and Turkey will actively try to diminish alternative illegal routes to the EU. The European Council (the EU decision-making body comprised of the ministers of EU nation states) increased capabilities of Frontex, the EU’s border and coast guard, at sea to save, but also stop migrants from crossing the Mediterranean between Libya and Italy. These policies may be partially motivated by humanitarian values, but they are also designed for short term relief.

The current measures of the European Union and its member states to deal with the crisis address symptoms, instead of root causes. The closing of borders and the arrangements to relocate people within the region are meant for short term relief but will do little to prevent future refugees. Instead of fighting smugglers to try to ‘break their business-model’, smugglers shouldn’t have anyone to smuggle in the first place. A long-term plan to solve the root problems is needed. This is, however, a much more challenging and politically dangerous task.

Instead of closing the borders for people on the run, European governments should invest in policies to increase the life standards of people around the world, whenever possible. Of course, acute problems need acute reaction. But as long as a long term strategy is lacking, the acute problems will remain acute. European states should focus on structural, sustainable development cooperation and long-term, constructive partnerships with countries with the abovementioned problems, to create inclusive economic and political structures and institutions. Monitoring and evaluation systems should be strengthened to ensure that development aid achieves the intended aims. Furthermore, European governments should push for more international cooperation to prevent humanitarian disasters from happening in the first place.

The current solutions to the refugee crisis have mainly focussed on humanitarian aid and the reduction of migration at the borders of the EU. But a lasting solution can only be found in structural and sustainable development, to prevent situations that force people to migrate. This will not only counter our current problems, but also prevent future crises from arising.

Closing the door and pulling the blanket over your head was never a good problem solver. It isn’t for Europe either.

In the following articles, which will be published in the coming two weeks, we will focus on the European and the Dutch perspective on the refugee crisis. Stay tuned!

Laura de Vries is a student of Philosophy and Psychology in Leiden. Bas Vos has studied International Relations in Groningen. Both are active members of the foreign policy working group of Jonge Democraten.