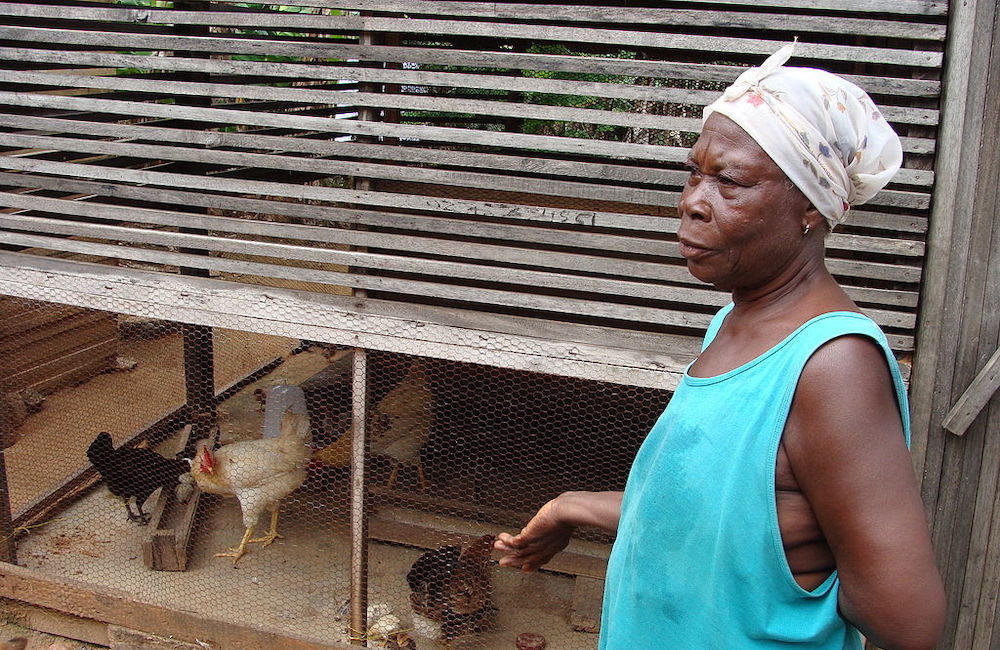 EU agricultural subsidies are not just expensive and distort the internal market, they also have far-reaching effects on developing countries. How do African farmers feel about the fact that the EU subsidises its farmers and exports their products to Africa?

To this day, more than a third of the EU Budget — nearly 60 billion Euros a year — flows into the pockets of European farmers. Although the portion of the budget for “Natural Resources and Environment” will probably fall in the upcoming budget (the Multiannual Financial Framework 2021-2027), it will remain a major part of the EU’s expenditure. In the medium term this will not change. From a liberal perspective, there are two reasons why this is problematic. First of all, we believe that governments should invest in our future capabilities, both as individuals and as a continent, rather than propping up today’s industries. Meaning that education and research should be prioritised over subsidising agriculture. Second of all, subsidies distort competition, both inside and outside the internal market.

The EU however refuses to accept responsibility: since subsidies are no longer paid per product (coupled payments), but per hectare (decoupled payments) and money is being spent on sustainability, the EU claims the subsidies no longer have any market-distorting effects. Although this decoupling is an improvement — eliminating the artificial incentive to produce, subsidising by the acre still makes the products of subsidised farmers cheaper. Moreover, these subsidies distort the market by making farmers engage in more risky investments, because they can count on subsidies to secure their cash flow. Without subsidies it is likely that different investments would be made, which would probably result in lower surpluses.

These distortions are not just noticeable within the internal market. People in the poorest countries in particular feel the consequences of these policies every day, because that is where the EU’s massive overproduction of agricultural products ends up. Local producers, who have to manage without subsidies, cannot compete with subsidised EU farmers, which means jobs in agriculture are lost.

The export of poultry from the EU to West African countries like Ghana is a good example. Until the start of the 90s Ghana was self-sufficient when it came to poultry. From farmers to those who process the birds to traders, the sector offered a lot of people a job. In 1996, the first 5,000 tons of poultry was exported to Ghana from the EU. In 2001 this had already risen to 35,000 and in 2009 even to 70,000. Right now, only ten to twenty percent of poultry consumed in Ghana is domestically produced. Farmers report that the expensive locally produced poultry is now seen as a delicacy and is only eaten on holidays. By now subsidised poultry from Brazil and the US is also imported to Ghana. But it was the EU which had started exporting, which according to local producers has seriously contributed to the destruction of jobs.

EU poultry gets smuggled into Nigeria

Nigeria also suffers due to subsidised EU exports. Even though it is the only West African country that, due to its oil reserves, has enough geopolitical power to resist signing a free trade agreement with the EU. From a liberal perspective a free trade agreement may seem beneficial, but, as a rule, the EU uses these agreements to prescribe how much import duty countries can levy on agricultural products from the EU, which includes poultry. And even through Nigeria refuses to sign such a treaty, the Nigerian market is still flooded with poultry produced in the EU. The reason for this: the EU exports large amounts of poultry into Nigeria’s neighbouring country Benin, much more than its small population can consume. The rest then gets smuggled to Nigeria, which leaves local producers no better off than in Ghana.

Liberia: much of the country’s own potential goes to waste

Whereas Ghana and Nigeria are classified as “middle low-income countries”, Liberia is one of the poorest countries in the world. In Liberia, every job counts. But even here the same situation exists. At a visit of Liberia’s biggest poultry farm, I was surprised to find that the bird feed used actually comes from Germany. Not only does the EU export poultry, it also exports feed to raise birds. And this despite the fact that Liberia has very fertile soil. It could easily produce the feed itself, but subsidies make it cheaper to do this in the EU. Moreover, the chicks that are raised in Liberia are often also imported from the EU, which exports chicks to the few big poultry farming operations in Liberia.

The EU’s protectionist agricultural policy results in a particularly aggressive trade policy. When it came to Kenya, the EU demanded the African country reduce its import duties on powdered milk to zero percent, which severely threatened the country’s diary industry. In the end the EU resorted to the extortionate tactic of introducing punitive import tariffs, introducing these on Kenya’s main export products, such as cut flowers and tinned pineapple. After resisting the EU for ten years, the Kenyan government finally caved and signed the trade deal the EU wanted.

What can we do better?

There is no way to defend treating the poorest countries in the world in this way. It is one of the many reasons why we should finally create a fair market for agricultural goods — one without subsidies. Australia and New Zealand have proven that this is possible. They abolished their subsidies in the 80s, after they went through a recession. These days they have a strong, competitive agricultural industry. The process of abolishing subsidies in the EU should not happen overnight, this will need to be done gradually and in a continuous dialog with European farmers. In addition, bureaucracy in the farming sector should be reduced and digitalisation needs to be stimulated.

When it comes to trade policy, the EU should negotiate with African countries on the basis of equality, and no longer impose its will by using unfair tactics like punitive tariffs. In addition the EU should assess the necessity of all non-tariff barriers. And as long as the EU subsidises its farmers, developing countries should be allowed to use tariffs to protect their markets from being flooded by subsidised food. The export of agricultural products from Europe to Africa can be beneficial in certain instances. The export of milk to West Africa is a good example here, as currently domestic production is not able to meet demand. This should however be decided freely by African countries themselves.

Effective cooperation on development can — and should — start with the EU itself. And in addition, the money that is saved by reducing agricultural subsidies could finally be spent on education and research. Speaking as a liberal, these future-oriented sectors should be where the EU invests most of its money in any case.

This article was translated from German by Krijn van Eeden. It originally appeared in Liberal, the magazine of the Friedrich Neumann Foundation, as Agrarpolitik auf Kosten der Ärmsten.