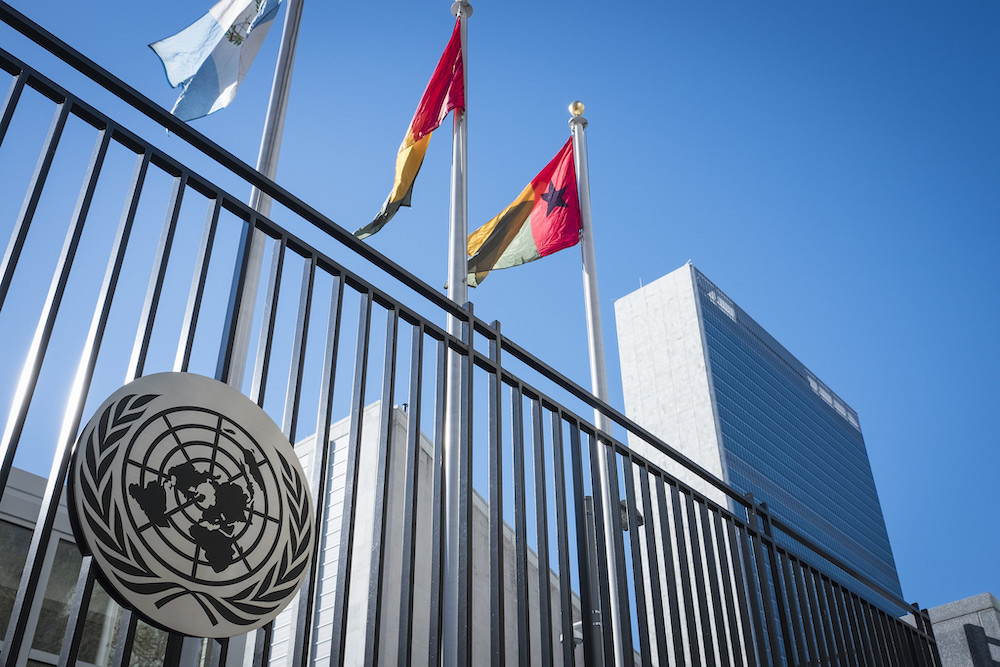 Per a 2019 Pew Research Center poll[1], only 36% of Republicans have a favorable view of the United Nations. Comparatively, 77% of Democrats and 60% of independents see the UN in a favorable light. This aligns with the global trend in which populist parties across the world like the United Nations less than their liberal counterparts.

Everyone is entitled to their own opinions and actions. Conservatives may try and weaken supranational organizations or even leave them. A serious problem arises as this happens though. When countries begin to withdraw from the vast webs of alliances, treaties and organizations connecting us, it is impossible to guess which other strings will collapse. Some more foreseeable problems can surface very quickly after the web begins to tremble.

Let’s take the United Kingdom’s exit from the European Union and its effect on the stability of the peace in Northern Ireland as an example of the complications that rise in the wake of withdrawal from a supranational organization. For some background, the Good Friday Agreement, which ended most of the violence of the “Troubles”, or the Northern Irish conflict, began to feel the pressure of Brexit. The Good Friday Agreement has a very specific clause that is essential to the stability of Ireland by stating that there should be an open border between the Republic and Northern Ireland. The North-South border was open under the European Union, reducing tension in the region. After Brexit, negotiations by all parties resulted in the Northern Ireland Protocol. Violence between loyalists to the UK and Irish nationalists has broken out as loyalists are unhappy with the Northern Ireland Protocol[2][3]. Would these tensions have arisen if the UK decided to stay in the European Union? Possibly, but Brexit and this reemergence of the tension in the region can be directly tied together.

Of course, the history of far-right nationalism speaks for itself. The rise of fascism and autocracy by far-right dictators in Europe before the Second World War is a story we must be careful to not repeat. The dangerous rhetoric of this far-right nationalism poses grave dangers to international stability and supranational organizations.

The United States, led by conservative nationalists who have been making use of increasingly populist and right-wing rhetoric, has slowly withdrawn itself from key organs of the United Nations. This idea of American exceptionalism, that America has a special place among the world’s nations, combined with unilateralism and ultra-nationalism, leads to a dangerous ideology that seeks to undermine America’s standing in the world and our role in global stability, progress, and peace.

Former U.S. President Donald Trump led his “America First” policy, which is one of isolationism. This policy confused and alienated our allies across the world. President Joe Biden has to revive battered international relations. Foreign ministers across the world summarized it best after the election. “We want the West to play as a team again,” said German Foreign Minister Heiko Maas[4].

A team, that is what is needed to tackle international issues that pose a threat to stability and peace. Terrorism, for example, can only be stopped when international coalitions work together and share information. World health crises can only be prevented as a team. When Trump announced his intent to withdraw from the World Health Organization, a major concern was the fact that the efforts to eradicate polio worldwide would collapse. Teams prevent wars and keep the balance of power.

The United States of America is undoubtedly one of the most powerful nations to exist in human history. We hold economic, military, and diplomatic power unfathomable by our Founding Fathers’ standards. It is only common sense that the United States works with other nations. Ultimately, all countries of the world must recognize that successful international relations in the 21st century will only work through alliances and supranational organizations. Regardless of political beliefs, it is important that all leaders and governments stick together and do not recklessly cower to the wants of a poorly-informed populous. Global stability, peace, and world prosperity depend on the strengthening of supranationalism and global ties. Liberals everywhere should fight to maintain this peace and educate their governments and officials on the consequences of ultranationalist isolationism.