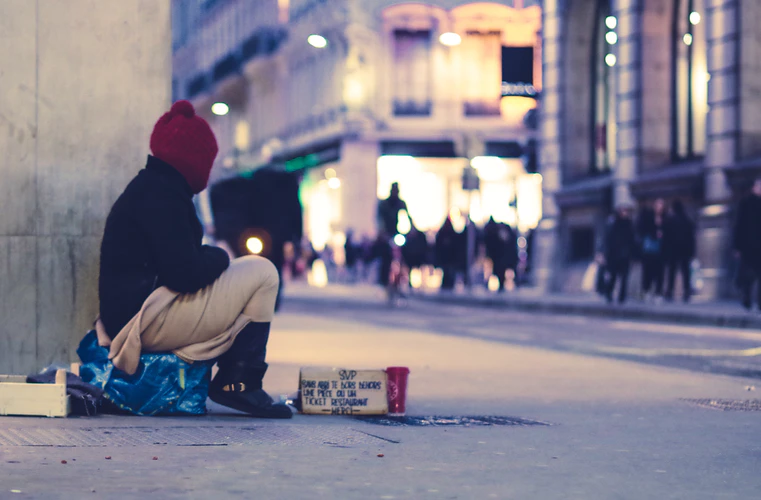 According to the U.N.’s Universal Declaration of Human Rights, adopted in 1948, access to adequate housing and shelter is a fundamental human right. Despite the U.N.’s declaration, however, stable housing is an elusive concept for a growing number of global citizens. And it doesn’t matter if a country is a developed, thriving nation; homelessness is a threat in every nation on Earth, including the 27 countries that comprise the European Union (EU).

Throughout the world, homelessness is disturbingly common. According to the Homeless World Cup Foundation, upwards of 1.6 billion people are inadequately housed. In addition, approximately 100 million people are considered truly homeless, living in shelters, illegal squats, or on the streets.

Some European nations have made huge strides towards eradicating homelessness, and the rest of the world may want to take note. For example, Finland embraced the Housing First model in 2008, which resulted in stable housing for the majority of the nation’s chronically homeless. Chronic homelessness refers to those individuals who have experienced homelessness for at least one year, whether consecutive or intermittently. Chronic homelessness often exists in tandem with mental illness, substance abuse, and/or domestic violence.

Housing First strategies take an innovative approach to solving homelessness: according to the methodology, homeless individuals are provided housing to get them off the streets immediately. Only then are the underlying factors that caused homelessness addressed. These factors may include job loss, mental illness, physical health problems, and more.

Dissecting the Issue of Homelessness

Unfortunately, the truth is that no matter the underlying reasons behind an individual’s homelessness, the condition is highly stigmatized. The traditional stereotype of homelessness is that of a disheveled, bearded man (who is likely mentally ill and living with some type of addiction) holding a cardboard sign. But the issue of homelessness is much more nuanced, and many impoverished people around the world are just one paycheck away from homelessness.

Homelessness can happen to families and single individuals of every race, class, creed, and income level. However, most organizations and facilities that provide resources to the homeless and inadequately housed do so indiscriminately. Resources for homeless populations may include soup kitchens, overnight shelters, and drop-in centers. And they are available to the general public, without discrimination. There can be exceptions to this rule, such as shelters for abused women and children or hostels strictly for teens. But because resources can often be stretched so thin, they are used to maximum effect.

Interestingly, there is no single agreed-upon definition of homelessness in the E.U. Homeless Europeans may be classified as roofless, houseless, or as having inadequate housing, depending on the nation and an individual or family’s unique situation. Nevertheless, an estimated 400,000 people are classified as homeless according to the E.U. standards on any given night across Europe.

What the Homeless Are Up Against

And it doesn’t matter if it’s someone’s first night on the streets or they’re among the chronically homeless — once individual experiences a lack of stable housing, other problems may quickly compound. Young people experiencing homelessness are among the most vulnerable. In many European nations, homeless youth are often forced to utilize adult shelters and services, putting themselves at risk.

But serious risks such as sex trafficking and similar compromising situations are less common in certain nations. According to the European Federation of National Organisations working with the Homeless (FEANTSA), homeless youth may have a greater chance of pulling themselves out of homelessness in Scotland, for example, where “young people can claim housing benefits from age 17.” The ability to secure housing at a young age may help keep potential victims out of harm’s way.

No matter the age of homeless individuals, however, there’s no denying that a lack of stable housing can be detrimental to one’s health. A large chunk of homeless Europeans may avoid seeking medical care unless it’s an absolute emergency. Further, homeless individuals may suffer from co-occurring disorders, the term for substance abuse and a co-existing mental illness, such as schizophrenia, depression, or bipolar disorder.

However, homeless populations in the E.U. have an advantage over their U.S. counterparts, as they typically reside in a country with universal access to healthcare. While homeless, uninsured Americans may attempt to live with minor illnesses such as sinus infections and toothaches, Europeans who lack housing can, in most cases, at least visit a healthcare provider if necessary. In this way, it may be preferable to be homeless in the E.U. rather than the U.S.

Where homeless populations are concerned, small efforts towards prevention and advocacy can bring about major change. From Housing First models to ensuring that homeless individuals across the E.U. have access to healthy food and medical care, preventing homelessness is indeed possible.