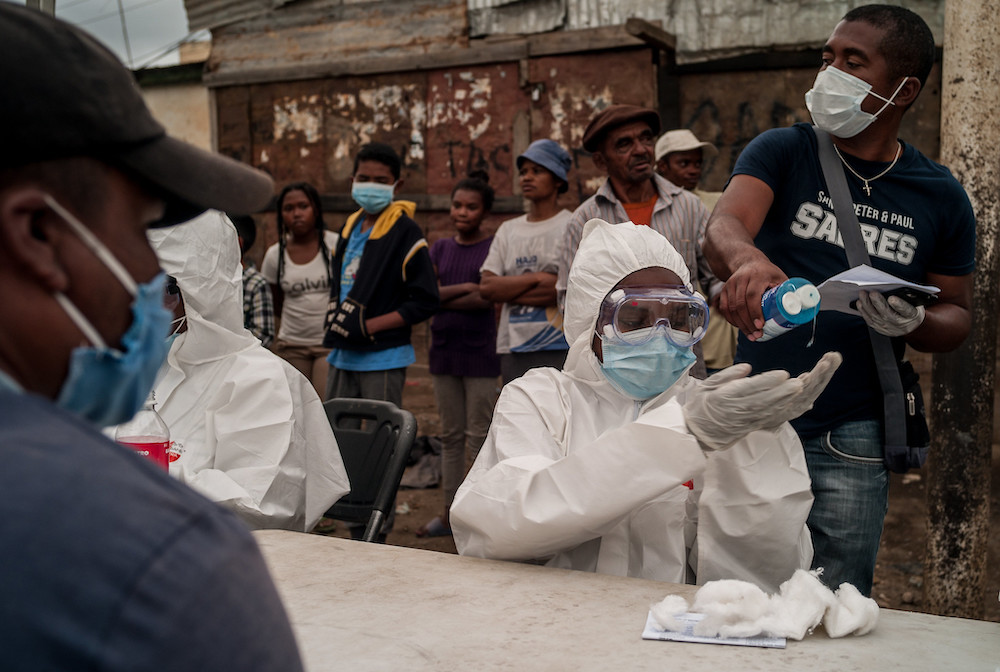 The Covid-19 pandemic will have an indescribable, unbearable and devastating impact on the world. It will inevitably plunge the world into a deep economic crisis. Today the impact is already being felt at all levels: health, social, political and financial.

The spread of the virus has hit countries hard. Disastrous economic consequences are inevitable, especially for our African states. Many of them rely heavily on the global trade in basic commodities. As such, they will suffer greatly from the collapse in this trade. The first assessments of the International Monetary Fund (IMF) are quite alarming and symptomatic: a world economy that is in recession, a slowdown in world growth accompanied by a significant drop in demand for African commodities such as oil, cocoa, coffee etc., not to mention the significant drop in remittances. African states — like all the states of the world — have taken emergency measures to save their economies and limit the impact of this pandemic.

The measures taken concern health, economics and social cohesion. As a result, there seems to be a real dilemma for these states, which until now had very liberal economic and social policies. We note that the measures taken to combat Covid-19 have pushed these states to close their borders and limit their international trade, if not almost stop it all-together. Thus, decisions that are at odds with the fundamental principles of liberalism: free trade, freedom of movement (partial or total confinement), freedom of expression (to avoid “fake news”, in some states the circulation of information is scrutinized) etc…. Is health protectionism taking precedence over liberalism? Is it calling into question the principles of liberalism? Is the coronavirus infecting liberalism? This is all the more relevant as many have pointed an accusing finger at globalisation, blaming it for facilitating the spread of the virus throughout the world.

According to the former French environment minister and ecologist Nicolas Hulot, speaking on France Inter, this health crisis will finally be a salutary crisis, which will push states that were committed to liberalism to think about a balance between protectionism and neo-liberalism. However, he assures “that we are not going to stop trading. We are not going to stop trading, but we are going to have to relocate entire value chains and we are not going to trade the same way. We are going to stop having products that arrive in 24 hours from the other side of the world with the ecological and climatic impacts that we know about. Today, ecologists, protectionists, and others seem to be taking advantage of this crisis to highlight the limits of liberalism, and present it as the locomotive of this disease in the world. For them, covid-19 is a sign of the failure of liberalism.

It is by no means a choice to be made between health and the economy, given that the two are inextricably linked. Nevertheless, health experts have supported and justified the usefulness of certain measures taken directly impacting the smooth running of the economy, in order to effectively combat this pandemic. However, it is easy to note that several studies have shown that all affected countries, particularly those in Africa, will not be able to escape the negative economic repercussions associated with these containment measures.

The Economic Commission for Africa (ECA) explains it as follows: “a full month of containment across Africa would cost the continent about 2.5% of its annual GDP or $65 billion”. Even in the most powerful country on earth, the quarantine has resulted in more than 25 million unemployed.

Although a significant number of scientists and doctors have praised the effectiveness of the containment, that is to say more than 3 billion people in the world, it is important to stress that Iran, which is among the most closed countries, has not adopted the same measures, because according to them the fight against this disease calls for a free flow of information (good information), goods such as masks, hydroalcoholic gels, the circulation also of scientists and medical actors able to help the most fragile states in need. Returning to autarkic policies and adopting protectionism cannot be the post-covid-19 solution. As a reminder, after the 2008 crisis, nobody called for the return of protectionism, some states even reinforced their liberal policies.

Instead, states should review the hyperglobalization of the fragmentation of value chains, the relocation of certain industrial tasks, etc., in order to avoid a return to protectionism.