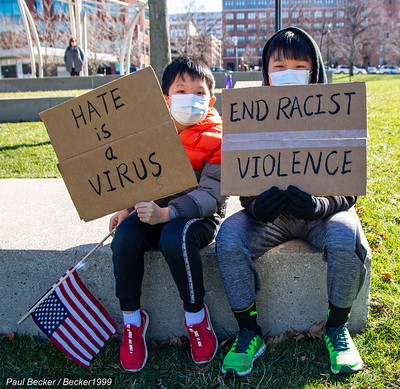 Anyone studying, or who has recently graduated, in the UK will know of the recent crime against a ‘beloved[1]’ professor of financial management in Southampton. Peng Wang was out jogging at around 4pm, when four White younger men drove up and physically, violently and, without provocation, overpowered him. During the attack, they shouted at Peng Wang to ‘go home’, alongside various racial slurs. The crime itself has been described as ‘appalling’ by Southampton University, but it’s more than that. It is prevalent in small sub-cultures of our country and continues to be perpetuated time and time again as our own politicians do not sufficiently condemn the words and incitements of racists. In an interview with the BBC[2], Peng Wang pointed towards the fact that hate crimes and general prejudices against Asian people has increased dramatically not since the beginning of the COVID 19 pandemic, but since the labelling of it as the ‘Chinese virus’. Despite this not being the expression of our own PM, the casual title of ‘Leader of the Western world’ held by the President of the United States is, in its very nature, influential.

Throughout 2020, it seems clear that hate crimes have increased world-wide, both numerically and in terms of violence. However, given the restriction on travel, movement and freedom throughout the last 15 months or so, many have increasingly turned to social media to stay connected. The whole year, but especially during the aftermath of George Floyd’s death, there has been ‘online activism’ like never before. People are more educated on individual events and their impacts on societies (not to mention the opinions of those with a wide political reach), resulting in what is seemingly more trust in our policing institutions. Or, at least, more trust that they will be held accountable if hate crimes are not properly investigated. So, is it true that hate crimes have actually increased throughout 2020 and 2021, or are we just so outraged at this previously ‘hidden’ statistic that we are now collectively more aware and caring about it than before?

As previously stated, anti-Asian hate crimes have been on the rise in the UK. In March last year, Johnathon Mok was attacked to the point of requiring facial reconstruction surgery to repair the damage a 16-year-old had done to his nose and cheekbone. Like in the case of Peng Wang, the attack was completely unprovoked, Johnathon was walking home in London, before hearing a group of men shout the words ‘you are diseased don’t come near me’. A government report [3]released earlier this year states that Asian victims of hate crimes experienced 5 times as many racist crimes throughout January – March 2020, doubling the figure against this group in the previous year. Even this number is likely to be an undercount, since only around 30% of victims of racism-related UK hate crimes even had their ethnicity recorded. So, it would seem that, at least for anti-Asian hate crime, we are unable to know whether it has truly increased, or we are just now more perceptive of it.

Since George Floyd’s murder in the US, many western countries held Black Lives Matter (BLM) protests, which for some, led to civil unrest. Especially since it was held after the first peak of the coronavirus pandemic in the UK, some felt it was prioritizing what they saw as a ‘been and gone’ cause over COVID as a very real and grave disease. This, I believe, is actually what the protest needed. There was an urgency felt by Black individuals put under pressure by the police is that those not exposed to it needed to have a parallel of. This does not mean to say that the two are the same, but to give a way of highlighting the importance of the situation. Furthermore, I think that had the protests and movement gained publicity in a non-‘Stay at Home’ era, it would not have gathered the momentum it needed, and likely would have just been swept under the rug. The number of offences recorded[4] by police increased year on year by 34% in June 2020 and about 17% in July 2020, after declines between March and May. This shows that the main thing stopping anti-black hate crimes in March and May was the various freedom of movement restrictions, and could mean that just bringing the problem of racism to the forefront incites far right activists to attack. On the other hand, it could mean that due to the high publicity of anti-Black and racist crimes during the summer of 2020, victims of hate crimes have become more likely to report it, have more faith that it will be acted on and generally that justice will be served.

A quote that I think summarises the conflict perfectly comes from Super Intendent Andy Bennett: ‘It is very difficult to know whether an increase is actual, or based on an increased confidence or motivation to report without widespread surveying. Our sense is that COVID, BLM and other world events have had an impact, and the summer increases represent a mixture of both.’ What we do know is that those with high levels of influence labelling and blaming certain ethnicities and nationalities leads to negative views, which will always increase the numbers of hate crimes, regardless of our reporting techniques at that point in time.