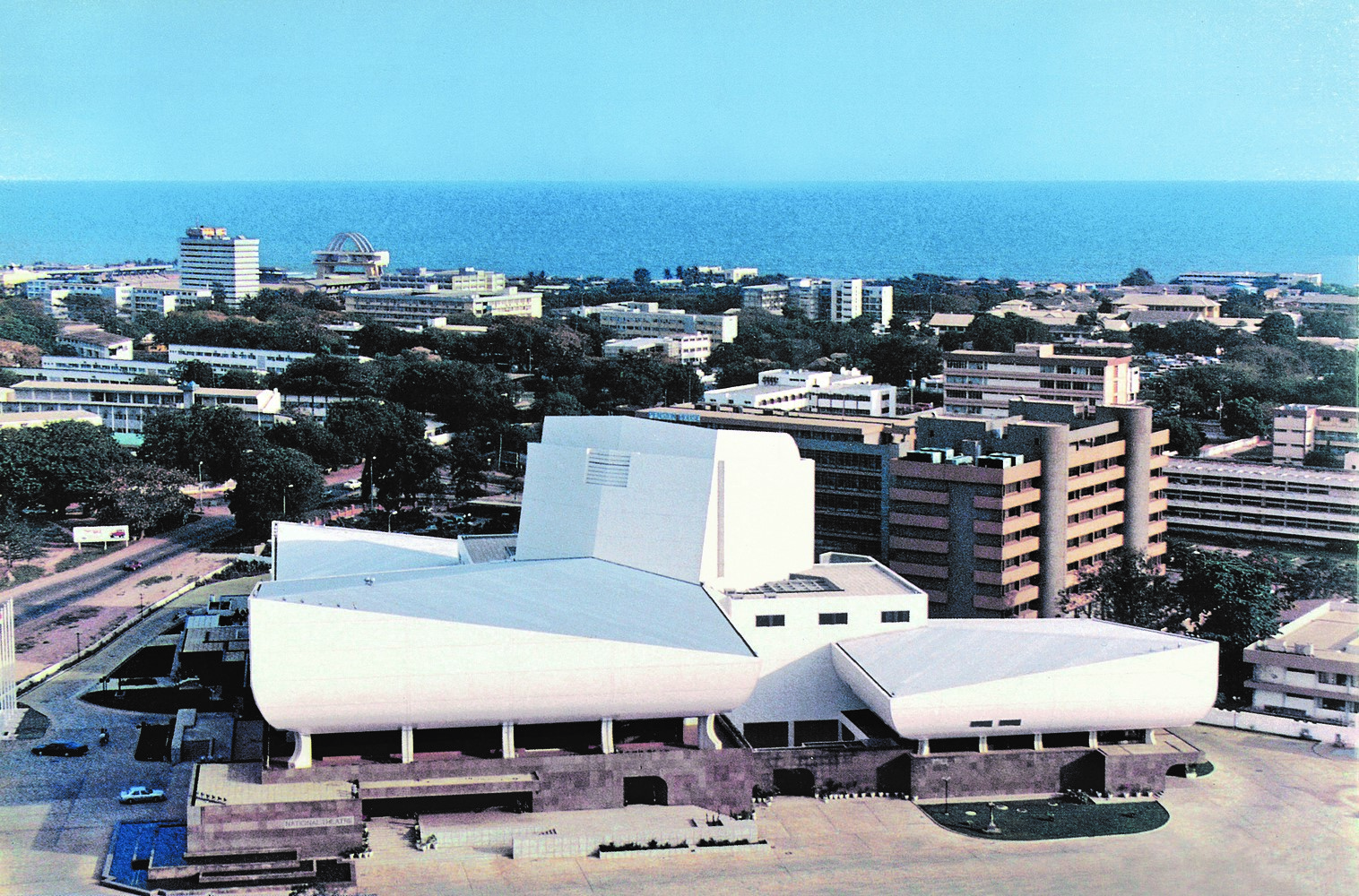 Climate change has become one of the biggest challenges of this century, and as a global challenge, it requires global solutions. The threat of climate change is multidimensional and its impacts transcend national borders, thereby making it imperative on every country to play its role in advancing the course to combat climate change. Ghana a country of 28,833,629  people (July 2017), with a total land area of about 238,533 sq. km and GDP per capita of USD 4,293.6 (2016). It is situated in one of the world’s most complex climatic regions, which is affected by tropical storms, as well as the influence of Atlantic Ocean and the Sahel. It is a fact that the country’s temperatures in all the ecological zones are rising, whereas rainfall levels have been generally falling and seasonal patterns have become increasingly erratic.

This calls for actions on measures and policies that build a resilience and equitable low carbon economy in the medium to long term. Meanwhile, with regards to climate action, the year 2019 is being regarded as the year of ambition since countries have a deadline until 2020 revise their Nationally Determined Contributions (NDC). Ghana submitted its first Nationally Determined Contributions (NDC) to the UNFCCC in September 2016, which also is aligned with the country’s National Climate Change Matter Plan (2015 -2020), its National Medium- Long Term Development Plans, the much anticipated Socio –Economical Transformational Plan and the Sustainable Development Goals (SDGs). The country put forward 31 mitigation and adaptation actions in its NDC. Overall, there are 20 mitigation and 11 adaptation actions in 7 priority sectors that will be implemented in a 10-year period (2020 – 2030). The priority sectors include

However, it has been estimated that in the 10 year period of implementation, the country needs about USD 22.6 billion investments from both domestic and international private and public source to finance these actions. USD 6.3 billion is expected to be mobilized from domestic sources, while the remaining USD 16.3 billion will have to come from international support. USD 9.81 billion, which represent 45 % of the total investment, is needed for mitigation while the remaining USD 12.79 billion will be required for adaption. The long term goal of Ghana’s adaptation is to increase resilience and decrease vulnerability for enhanced sustainable development. Ghana’s emission reduction goal is to unconditionally lower its greenhouse gas emission by 15% percent relative to a business as usual (BAU) scenario emission of 73.95 Mt CO2e by 2030, and additional 30 % conditional emission is attainable.

Below is a graph that shows the GHG emission reduction trajectory. 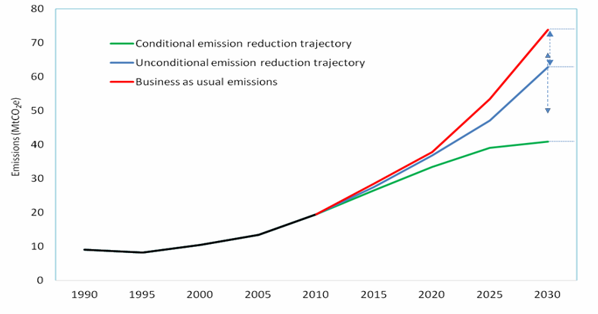 More importantly, the timely implementation and completion of these actions and national ambitions relating to reducing greenhouse gas emissions and adapting to the inevitable impacts of climate change will be critical to achieving the net zero emission by 2050. This will ultimately help in keeping the global average temperature rise as close as possible to 1.5°C.

Broadly speaking, Ghana’s National Government Policies and Strategies (NGPS) has being worked on over the years by the Ministry of Environment Science and Technology with support from other key stakeholders which seeks to raise awareness, using indigenous knowledge on climate change, encouraging alternative livelihood skills, promoting agriculture biodiversity and crops and animals adapted to climate change. In 2019 over 20,000 young graduates have been recruited in a forest plantation program that forms part of government plans of restoring degraded lands while efforts are being made to streamline small scale mining activities to avoid degradation of the country’s water bodies and also the establishment of a climate reporting systems to track climate finance in compliance with Article 13 if the Paris Agreement. The Environmental and Protection Agency, in collaboration with the Ministry of Environment, has hinted at introducing a climate change programme in the school curriculum at the basic level. This action plan is very commendable and when implemented will seek to address some of the interventions that are required to effect a change in the attitudes of the people and thereby going a long way in making children environmentally conscious.

In spite of all these efforts being taken by all key stakeholders and the Government to combat climate change, the recent development in Ghana relating to the Government’s decision to carry out large scale bauxite mining in one of the country’s forest reserves known as the Atewa forest leave much to be desired. This forest reserve provides water to over five million Ghanaians and serves as a habitat to important plants and animal species to the extent that some flora and fauna species could only be found in that forest.