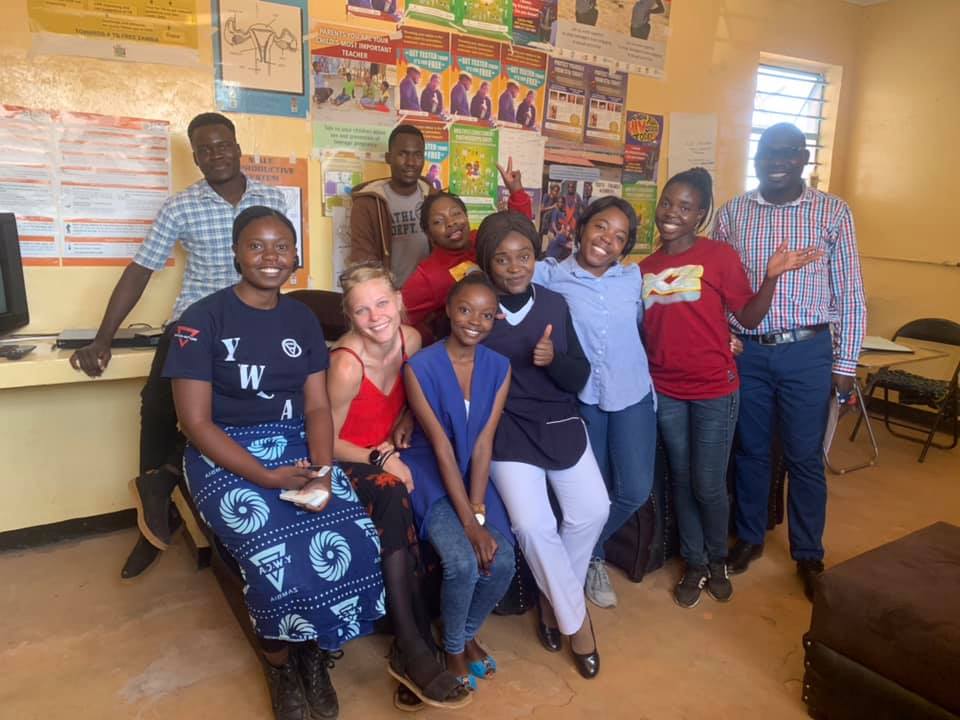 Reflections on a liberal youth organization’s project work in Africa

“I’ll be spending the summer in Zambia working on our project on women’s rights” I say while trying as hard as I can not to make a facial expression that makes my self-satisfaction too obvious. At least I do my part to make the world a better place. I am in the midst of a conversation that I have had countless times since I, around a year and a half ago, started dedicating more of my spare time to international project work – a passion that has brought me to Southern Africa three times within the last year.

Lately, however, I have read more about the topic. The more you learn, the more you realize what you do not know. And more than ever, I have asked myself the question of how we, especially as young liberals, in good faith can take part in projects like the ones I am doing in Malawi and Zambia: project in which we – in good faith – try to improve conditions where this might be needed but might sometimes risk putting the intention over the objective. Hence, when I was asked to write a short article for Libel, I thought the easy solution would be just to write another feel-good page about the wonderful experiences I have had: About the passion I experience in our local partner’s approach to projects, about the smiles and hope I have seen in the eyes of the children being taught about their own worth, and about my own unforgettable and invaluable conversation with like-minded youths whose childhood and economic realities differ greatly from mine, but whose aspirations and belief in a brighter future are not limited nor defined thereby.

As I read more about the topic, however, several questions have passed my mind: Did I – myself – join for the sake of the project or my own curiosity? Can we actually manage to do this in a sustainable rather than dependence-creating way? Shouldn’t we – especially when claiming to be liberals – focus on trade rather than aid? Hence, when asked to write the article, I saw it as an opportunity to stop up and consider these questions rather than writing the ordinary “happy-ending” story that I’ve already explained several times in our own (Venstres Ungdom) internal magazine.

In his podcasts “Myths for Milliards” (Danish) from December 2017, Aske Helweg Krarup, a Danish humanitarian worker, asks himself similar questions: Does humanitarian aid help? Are we too infatuated by our moral duty to actually consider whether the work being done has an impact? Having taken 6 months off from his work to shed light on these questions, Krarup ends up with the conclusion that development aid does help, and that humanitarian work being done for Danish taxpayer money does have a positive impact on health, education, and human rights. Through the six podcasts, however, light is also shed on the complexity of the topic: a field in which “knowledge is often being mixed with opinions” and where political- and humanitarian organizations have the main say arguing in the way that is expected within their given field.

Others, however, have a very different stand, claiming that rather than merely not having a positive impact, development aid can be straightforward counterproductive, harming a country’s competitive power, export sector, as well as leave a country in dependency without affiliation to and ownership of the work being done. Further, it is claimed, money often ends up in the hands of dictators, just as money given to citizens might replace the help that would otherwise be given by the government rather than adding on top of it. Instead, the argument seems to be, we should focus on trade – enabling the countries to build themselves up in the same way as it has been done in the present developed countries.

Our own project is funded by the Danish Youth Council, DUF, an organization leaning on three basic principles: All projects carried out have to be based on voluntarism, gender equality, and children and young people’s influence, participation, and rights, and an organization where we, as members, get paid in experiences and life lessons rather than monetary units. A rights-based approach, where poverty and inequalities are seen as a result of the injustices and skewed power structures in society.

“You are confusing foreign aid, relief work, and political questions” it could be claimed, and while the two above-mentioned examples relate to the large scale questions of nations donating billions of dollars in foreign aid, it is a legit observation that these topics are miles away from me and a group of like minded friends spending a relatively tiny sum of money working on a joint project with like minded African youths. The overall questions, however, are important to keep in mind, and as I asked the other project members for inputs to the article at hand, they all agreed that with our limited resources, we will of course not (alone) save the world. If we, however, are able to plant seeds in the minds of our fellow African friends that they matter, and that the work they do matters, the work has more than paid off.

“Everything takes time”, the parole oftentimes seems to be. Maybe the countries need time in order for themselves to prepare for economic development rather than having outside organizations create that development for them. To me, however, it seems a bit too easy to just let it be and accept the fact that things take time; as wealthy nations – and individuals – we cannot just sit on the sidelines waiting and watching as fellow human beings die from starvation and diseases that have not touched European ground for centuries. The complexity, however, is the above mentioned topic: if “help” itself might be counterproductive, how do we find a better way forward? While I do not have the answers to development aid on the larger scale, I keep my faith in the principles of DUF’s international pool setting the stage and guidelines of our own, tiny projects.

Thus, while answering the above mentioned questions seems way out of the scope of a two-paged-article as well as a few hours of thoughts from my side, next time the topic is brought forward, I will answer by explaining my faith in us, as young people having the opportunity and possibility to actually change conditions where this might be needed. And while “helping” in itself is as complex and potentially contradictory as the situation itself, I keep my faith in the belief thereof being the basic tool needed for any change to happen.

Anne Sophie Pedersen is a member of Venstres Ungdom and the project manager of the organization’s project group in Zambia. She studies project management in Copenhagen and is currently spending a semester abroad in Yogyakarta, Indonesia.