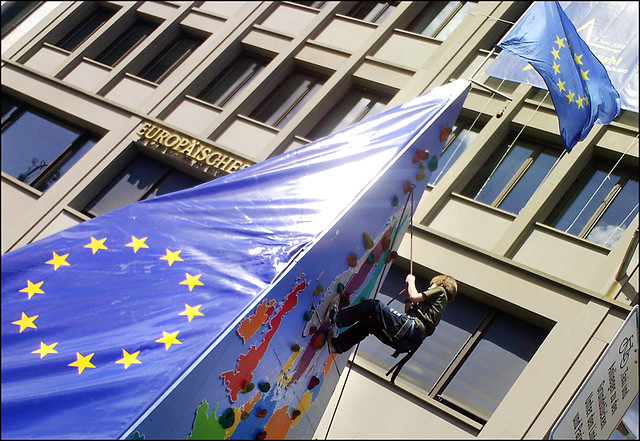 When thinking about liberalism in Italy, we can start by saying immediately that our country has a longstanding tradition of political liberalism, tracing back to the years of its national unification. Indeed, liberals were great Italian statesmen, such as Prime Ministers Camillo Benso di Cavour, Giovanni Giolitti and intellectuals such as Benedetto Croce. It was under the guidance of the Liberals that Italy had become a unified nation. Thus, when talking about the politics of a country like Italy, we can say from the outset, that among several other ideas and historical developments, Liberalism is certainly one of the main formative forces.

We then come to ask a natural question: how do young Italian liberals see their own country? What do they think it is her role in the international arena, more specifically in Europe and within NATO?

I think it would seem redundant to say that Italian liberals are pro-European and support the Atlantic Alliance. Yet, in our own way. “Italy before everything, Italy above everything” to quote King Umberto II, the last sovereign of the country, who led the country through the end of the Second World War and towards the transition from dictatorship to Liberal democracy.

Supporting Europe and NATO in an Italian way does not imply that we do not adhere to this motto. It simply means that there is a natural, genuine and organic hierarchy that departs from the nation and looks at our international commitments, in full harmony with the principle of subsidiarity.

To better explain this, we can say that there are three spheres of freedoms. First and foremost, the freedoms of the individual, who is entitled to certain rights and liberties, which come together with his duties as a citizen of the country. Then, as the individual is not a particle moving alone in the universe but part of a collectivity, come the local communities, be them municipal, provincial or regional. These are also entitled to certain freedoms as well as duties towards the collectivity of other communities. This collectivity, finally constitutes the national State.

The national State being the entity that encompasses all those communities, is the one responsible for the guarantee and the protection of those freedoms. We should not forget that in Italy, it was the Piedmontese State who first had to unify the different and more vulnerable States by force and then reorganise the whole territory in what was then a liberal constitutional monarchy. Given the previous considerations, if the State is the defender of the freedoms of the national communities, then it is the only one to be sovereign. Being sovereign implies, among other prerogatives, also the capability to delegate part of its sovereignty, for example when forming an alliance.

In this way we can answer the question regarding the standing of Italy in the eyes of the Italian Liberals, before the European Union and the Atlantic Alliance.

We believe in a Europe that is an alliance of free and independent nations, wishing to work together on behalf of their shared interests. It would nonetheless be dishonest to deny the existence of different approaches among us. There are those who advocate for a more federated Europe as well as those who instead would prefer the model of an international community. Regardless of whether we would support more or less federalisation, I think it could be said without mistake that the national interest has always been central for our movement and that it will remain so – even in intra-European relations, as we perceive ourselves as Italians first and then as Europeans. Similarly, we support NATO as a key instrument in defending the freedom and the sovereignty of the countries that make up the West, recognising the existence of limits in both institutions.

This is therefore the outlook that we, as young Italian Liberals give at the alliances to which our country belongs. We believe in the freedom not only of individual and of communities, but also of national States, whose primary expression is given through sovereignty. Of all the freedoms, probably, this last is the hardest to be defended in a Darwinist and anarchic international system, characterised by constant struggle for supremacy. For this reason, I think I can speak for most of us when I say that we value in first place the freedom and the sovereignty of our country, as a fundamental element to assure the freedom of our community and then of us as individuals. In conclusion, it is with a spirit of free and sovereign association that we approach our country’s international commitments.

Leonardo Rivalenti is a 23 years old student of International Affairs, born in Modena, today he lives in Rome, where he attends John Cabot University, an American institution based in the Italian capital. In his academic field, his main interests concern geopolitics and more specifically sea power and is a member of Gioventù Liberale Italiana (Italian Liberal Youth), the youth federation of the Partito Liberale Italiano (Italian Liberal Party).

Gioventù Liberale Italiana was established in Rome in 1946. The organisation has the task of promoting liberalism among the youth and of creating organisations and networks of students and young professionals dedicated to the affirmation of liberal values and principles. It has been officially reconstituted on the 6th of June, 2019 under the leadership of Giulia Pantaleo.