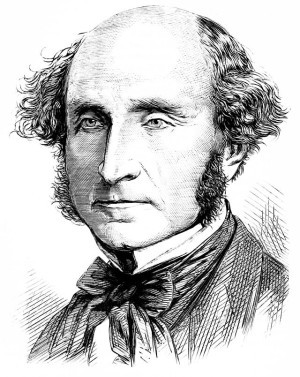 This might sound like a strange question to ask, especially on a blog by and for liberals. What’s the point? We all agree that being liberal is a good thing, we all believe in human rights, living your life the way you choose to live it, respecting others in their choices, and living peacefully side by side with each other. Those are all good things. We all agree. Why question them?

But actually, this is a question we should ask. John Stuart Mill, a 19th Century British philosopher, tells us why. In his essay On Liberty, Mill gives us four different reasons to actively discuss and criticise all opinions. They are the following:

First, if any opinion is compelled to silence, that opinion may, for aught we can certainly know, be true.

What Mill is saying here is: how do you know you are not wrong? If you silence the opinion of someone who disagrees with you, and actually they are right, you will never know. You can only know that you are right if you listen to the opinion of others, and defend your opinion against theirs.

Secondly, though the silenced opinion be an error, it may contain a portion of truth; it is only by the collision of adverse opinions that the remainder of the truth has any chance of being supplied.

Thirdly, even if the received opinion be not only true, but the whole truth; unless it is actually vigorously and earnestly contested, it will, by most of those who receive it, be held in the manner of a prejudice.

And even if you are completely right, you should still discuss your opinion with people who disagree. This is the only way in which you can make sure that you really understand your own opinion. If you don’t discuss it with people who disagree with you, you never get the chance to really think about whether what you believe in is actually true.

Fourthly, the meaning of the doctrine itself will be in danger of being lost, or enfeebled, and deprived of its vial effect on the character and conduct: the dogma becoming a mere profession, inefficacious for good, but cumbering the ground, and preventing the growth of any real heartfelt conviction.

If you don’t discuss and criticise your opinion, even very good opinions can start to sound dull and meaningless. They lose their ability to excite and convince people, which means that even though they’re true, they don’t have the effect they should have.

It is with this in mind that we should ask ourselves questions about liberalism: even if there is a good chance we are right to believe in our liberal ideas, there is still a lot to gain from having a good, critical look at what we believe in. It will make our opinions better, make us better at defending them, and will allow us to understand them even better.