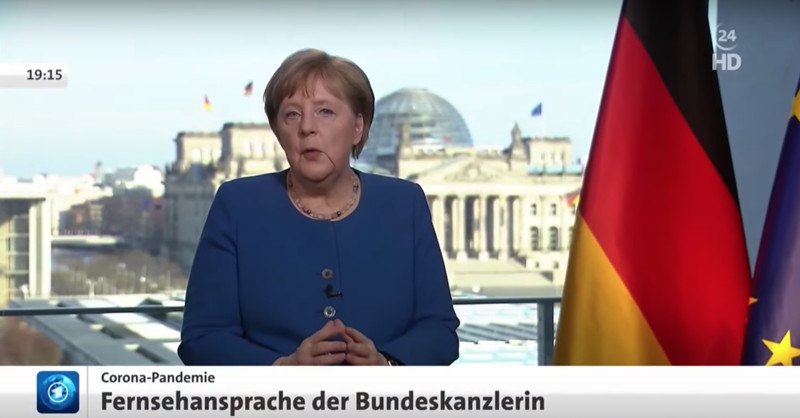 Across most of the continent, the worst of the Covid-19 pandemic seems to have passed. What began with a single confirmed, imported case in France on 24 January soon spiralled out of control. By mid-March, the border control-free Schengen Area of the European Union had become the global epicentre of the virus. Italy quickly became, not only an early hotspot, but one of the worst-hit countries in the world. But now, the virus appears to be in retreat. In many countries, lockdowns and mandatory quarantine periods are being relaxed or removed altogether. Some neighbouring countries that are successfully battling the virus, like Norway and Denmark, are beginning to reopen their borders to one another.

This does not mean that Europe will not experience a second wave of the virus, but, for now, a vague semblance of normality is returning. Now that the very worst appears to have passed, hindsight can begin to set in. With that in mind, here are three European countries that rose to the challenge of Covid-19 excellently – and three that did not.

Germany is the behemoth of Europe. It has the largest economy in Europe and the Eurozone, the second-largest population after Russia and it is at the forefront of both the EU and NATO. On 27 January, this behemoth confirmed its first case of Covid-19. By mid-February, Germany had community spread of Covid-19. The virus soon spread rapidly, particularly in the state of Bavaria.

On 22March, Germany went into lockdown. Since 6 May, it has begun to gradually reopen.

A stringent lockdown – including curfew measures, mandatory fourteen-day quarantining for returning Germans, shielding measures for vulnerable people and a clear, concise governmental information campaign about the virus ensured that Germans knew how best to combat it and why the strong lockdown was necessary. Germany has also introduced a hefty €25,000 fine for anyone caught breaking lockdown in any way. It has also rolled out widespread testing, carrying out more than 400,000 tests every week. Out of a population of more than 80million, Germany has had just 8,701 deaths from 184,492 infections (as of 4 June).

Greece has long been the problem child of the EU, lumbering from one financial crisis to the next. Just a few years ago, it was on the verge of leaving the Eurozone. But this is one crisis where Greece has got it right.

Covid-19 was confirmed in Greece on 26 February. Having seen the havoc that the virus was wreaking in Italy, Greece went into lockdown on 22 March – the same day as Germany did. The Greek measures were particularly stringent. Greeks had to carry ID whenever they left home as well as documentation showing why their journey was legal. Journeys were only permitted provided that they fell into one of seven clearly defined categories.

These measures mean that, for once, Greece is the success story of the EU. It has recorded only 180 deaths from 2,952 infections, among the lowest rates in the EU.

On 4 May, the Greek government began to ease the harsher aspects of the lockdown.

Having spent most of the past decade dealing with political and economic turmoil, an invasion and a civil war, Ukraine is often perceived negatively elsewhere in Europe. But, like Greece, Covid-19 has turned Ukraine into an unexpected success story.

Covid-19 was confirmed as having arrived in Ukraine on 3 March. Ukraine is a vast country, but the virus soon spread from west to east, and even into the breakaway regions in the east. On 12 March, the country went into lockdown. On 28 March, it closed its borders to all, expect for returning Ukrainians. Throughout March, the measures inside Ukraine were gradually tightened, culminating in face masks being made mandatory outside of the home on 6 April.

The swift lockdown – just nine days after the first confirmed case, the border closures and the mandating of face masks mean that, despite being one of the poorest countries in Europe and having limited testing capacity, the Ukrainian government has managed to prevent an explosion of the virus – and increased strain on the country’s already-fragile healthcare system.

Ukraine is now aiming to eradicate the virus. This means that lockdown will not be fully relaxed until 22 June at the earliest. At the time of writing (4 June), Ukraine has recorded just 747 deaths from 25,411 infections.

Unlike its neighbour to the west, Russia has not handled the virus well. Covid-19 was first confirmed there on 31 January. It has now spread to every part of the world’s largest country, having fanned out from the city of Chita, near the border with China.

On 2 March, Russia began to go into lockdown. Public venues and spaces closed, as did schools. Russia closed its borders and parts of its workforce were ordered to stay at home. These measures largely followed those of other European nations – but with one crucial difference: most of these measures have been implemented on a state-by-state basis. The federal government in Moscow has adopted very few measures nationwide. In effect, the Russian lockdown has been, at best, patchy.

Consequently, Russia had a serious epidemic by the end of April. Despite this, Moscow has now ordered the lifting of most restrictions across the country. By 11 May, lockdown had mostly been brought to an end. Now, the number of cases is soaring. As of 4 June, Russia has recorded 5,384 deaths from 441,108 infections. But its testing capacity is hampered by money and geography, meaning that the true figures are likely significantly higher.

Like in Russia, Covid-19 was first confirmed in the UK on 31 January – and things rapidly started to go wrong from there on out. The UK government downplayed the severity of the virus as it pursued an initial strategy of herd immunity, avoided lockdown for as long as possible and engaged in very public spats with the devolved Scottish, Welsh and Northern Irish governments over measures against the virus. Widespread panic buying also placed pressure on the government to act.

Facing massive political pressure, Westminster finally put the UK into lockdown on 23 March, banning all non-essential travel and closing schools and non-essential shops and businesses. By this time, the National Health Service and the social care sector were warning that they were losing the battle against the virus.

Since then, the East Midlands region of England and care homes up and down the country have become hotspots. The virus has also led to political drift within the union. On 10 May, the UK government announced that the country would begin to unlock. The devolved governments refused to comply with this, meaning that the lockdown has only been eased in England alone.

There is also the matter of the death toll. Due to the UK Government’s multiple changes in the ways in which deaths are calculated, the death toll stands at somewhere between 39,000 and more than 60,000. In the UK, perhaps more than in most countries, it is clear that Covid-19 will have political consequences.

Spain is an anomaly here. It is a country that was slow to act – with fatal consequences. But, when it finally did, it was able to curtail the virus.

As in Russia and the UK, Covid-19 was first confirmed in Spain on 31 January. Initially, most cases were imported and there was little community spread. But, by mid-March, Spain had joined Italy in becoming one of the worst-hit countries in the world.

On 14 March, Spain went into lockdown. The Spanish government was slow to act, even once it became clear that the epidemic in Spain was going the same way as that of Italy. By the time of the lockdown, the bodies were piling up and community spread was confirmed in every region.

When the lockdown came, it was one of the harshest anywhere in the world. Spaniards were ordered indoors. For weeks, children and those in vulnerable groups could not leave their homes. Even green spaces were closed. Social-distancing and face masks became legal requirements. Contact tracing became the norm.

These measures worked. Spain turned itself from a hotspot into a country that could manage its epidemic. Therefore, on 2 May, Spain began a phased unlocking, one which is still ongoing – and will be for months to come.