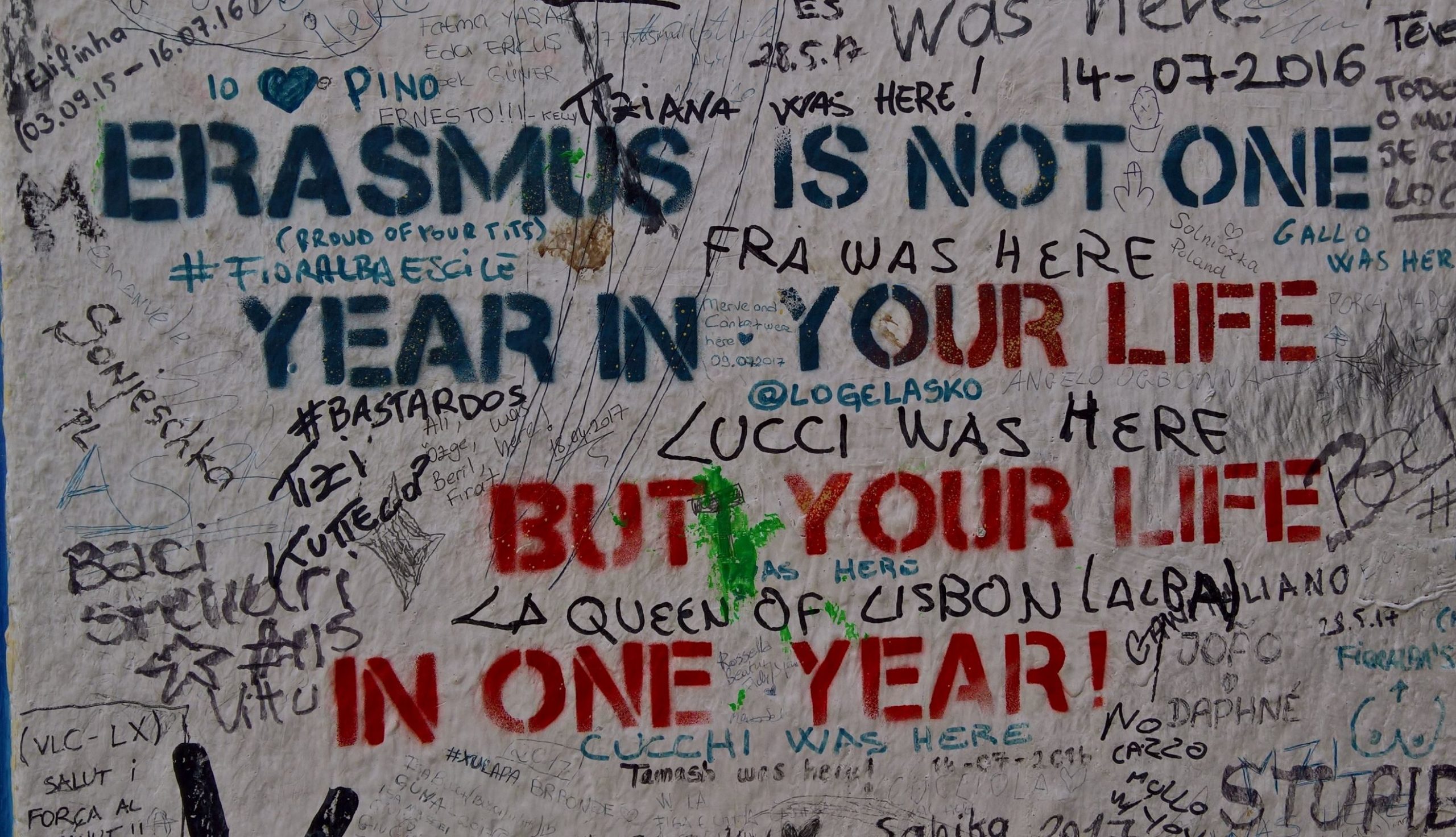 “It’s not possible to return to the summer when you are 17. Celebrating graduation cannot be played on repeat.”, the Norwegian health minister said in a widely shared speech to our youth during corona, a speech in which he thanks the youth for pausing their lives in order to minimize the pause that the world has been put on. And whilst corona has surely affected all of us, many young people have had their long planned exchanges called off because of the virus. I decided to talk with a few to hear their stories.

While life is slowly getting back to normal for most of us, a few students are still affected, having to not only leave their exchange countries, but also to manage online lessons. To know more about the corona-cancelled exchange life, I spoke with three girls: Mathilde Grønkjær who is from Denmark but studies in Holland and was spending a semester in Spain, Sabrina Nybo from Denmark spending a semester in Australia and Natalia Selpuvera Reina from Spain doing an EVS in Greece.

The change from “corona” referring to a beer to a worldwide pandemic forcing the girls to leave their exchange countries went extremely fast. Hence, they all explain the confusion of not knowing what exactly was going on, trying to keep up with the news and having to buy return tickets, and struggle to be able to come home.

“It all went very fast from the moment I considered going home till when I found out that some of my family members were sick till how I realised how hard it was to actually come home.” Sabrina explains. For her, the change from walking around, grabbing a beer at a bar in Sydney to coming home to a corona closed country with death all over the news, and her mom working at a hospital, was dramatic and did not feel real.

“Just a few days before having to leave the country, me and a group of friends had sat down and planned all the places we wanted to visit. We had heard of the virus, but our university told us that our classes would not be cancelled.” Hence, for Mathilde, too, it did not take more than two weeks from hearing about the virus for the first time until her parents picked her up at Copenhagen airport, three months ahead of time. Having only spent a few months of what was to supposed to be a year – or semester –  long exchange, none of the girls got the chance to properly say goodbye to their exchange cities and friends. “What really makes me sad is that I did not get to say bye”, Natalia explains, just as Sabrina only had two days to get a plane ticket, pack all her stuff and say bye to her friends.

Not only did things go fast, but actually coming home was also complicated. For Sabrina, the flight ended up costing her a lot of money, just as it took Natalia 40 hours to get from Greece to Malaga: “The Spanish government helped me to go from Athens to Barcelona – but from Barcelona to the South of Spain was VERY hard: There were no trains. No planes. No Busses. Nothing. They cancelled everything so I spent one night on the floor in Sevilla, and then there was one train, but it was a nightmare. I did not know how to come back.”

For the sake of my family

Asking the girls why they decided to leave their exchange countries, they all share the same explanation: For the sake of the family. And whilst Sabrina left when she heard the news that family members were infected, for Mathilde it was the sound of her mother crying on the phone that convinced her that going home was the right thing to do.

Experiencing a large difference in the way Spain and Greece handled the virus, Natalia saw inconsistencies in the way her family explained the Spanish reality vs her daily life in the exchange country:  “My employers were not taking it as serious, but in Spain it was all over the news – I have a friend whose grandmother died. I heard a lot of stories. But I would not know what to do if someone in my family got corona, I would prefer not to be so far away”, she explains. Not wanting to live too far away, unable to reach home, she hence decided the leave the country as soon as the situation got worse. For Sabrina too, “when my grandmother got infected, I knew that I had to leave. Being so far away, I wanted to be able to be there, if she should die from the disease.”

“In most cases, I have been lucky, since our classes in Australia were in the evening – meaning that I could get up early in the morning Danish time. One of my classes, however, was at 9 AM, meaning 3 AM Danish time.” While some of her professors were nice enough to adapt her schedule and giving Sabrina alternative assignments, others have not expressed the same comprehension. Hence, in another class with mandatory attendance, she was expelled for losing one lesson that took place while she was sitting on the plane towards Copenhagen.

Though Mathilde did not have to adapt to time difference, managing group work with Spanish members, whose circadian rhythm differs greatly from the Danish one, has surely tested her patience.

When asking Natalia whether she regrets going, the answer comes prompt “NO – not at all, because I had a really good time.” The same goes for Mathilde, who explains how things might not have ended the way she wished but nonetheless, two months of exchange is better than none. Having spent a lot of money, quit her student job, and sublet her apartment, Sabrina hesitates a bit more: “If I had known that it would only be two months, I would not have gone. I do, however, bring home a lot of nice memories.”

In terms of lessons learned from their exchange, three different answers come to the table: “Better at adapting to change”, “Appreciating what you have”, “Appreciation of being born in Denmark.” Hence, whereas the virus may have cancelled their exchanges, the girls all bring home good memories, and the pandemic has not cancelled their zest for travelling, and neither for learning more about the world.