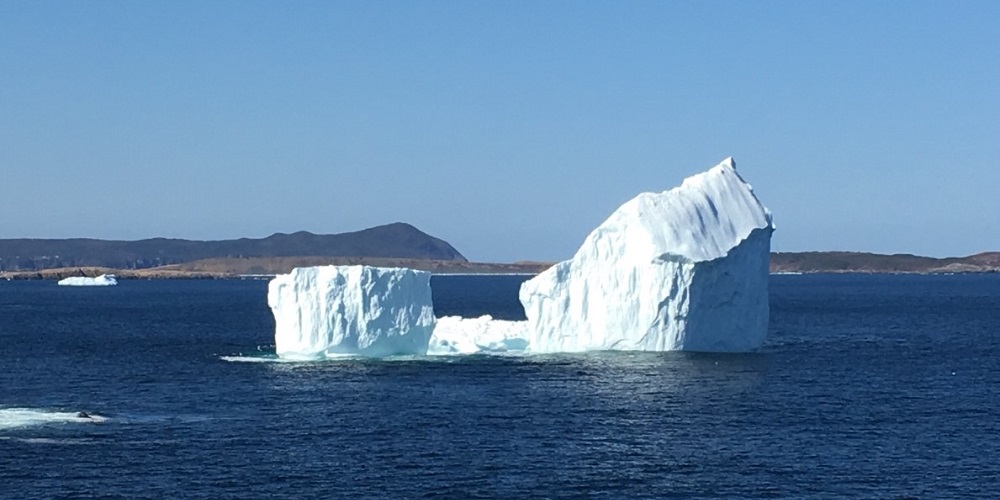 Climate change is a hot topic. In the aftermath of the US withdrawal from the Paris Agreement, cities and states have vowed to step up.  It is also time for other nations to step up on climate commitments.

Earth’s average temperature has risen by 1 °C since 1850 as a result of increased greenhouse gas emissions into the atmosphere. According to a NASA report, most of this warming has happened in the past 35 years with 2016 being the warmest year on record — due in part to El Niño, which changes weather patterns in the short term.

In the 2015 Paris Agreement, 195 nations agreed to limit the rise in global temperatures this century “well below 2 degrees Celsius and to drive efforts to limit the temperature increase even further to 1.5 degrees Celsius above pre-industrial levels”. Although the 1.5 mark is considered a more ambitious goal and a safer defense line against the effects of climate change, two recent studies concluded that global temperature is likely to rise more than 2 °C unless major ambition on climate and energy policies are taken.

Meeting the Paris Agreement aspirational mark of 1.5 degrees matters to vulnerable nations and it also matters to northern countries like Canada. Canada is facing a warming rate that is twice the global rate,  an increase of 2 degrees in average global temperatures mean that Canada could see a change of 3 to 4 degrees. The effects of warming temperatures will be felt different across Canadian regions with the Arctic feeling the greatest impact.

Climate change poses challenges to Canada’s North
Canada’s Arctic is the region getting hit the hardest as it is warming even faster than the rest of Canada. According to Environment Canada, since 1948, Canada’s North has been hit by an increase in temperature of 3 °C, while other regions like Canada’s East Coast have warmed by 1 °C .

“When you start looking at the arctic and the subarctic you have places where ice is important and people have adapted to the ice that’s there. Permafrost is critical to ecosystems, human activities, and access to country foods, most of the times aboriginal communities. Those are the places that are going to feel the biggest shift. They’re going to see that the ice is less dependable, it is less thick, you can’t travel, you can’t access things easily. You will find that rail roads that have been put down in places where there’s permafrost are going to have problems, and highways are going to have problems to a greater degree that they have now”.

This is consistent with recent studies on Canada’s arctic. About half of Canada’s landmass is underlaid  by permafrost, with the majority in the Arctic Archipelago, Yukon, Northwest Territories and Nunavut.

This year, the Northwest Territories Geological Survey, a government funded research entity, published a study that mapped the permafrost thaw across an area of 1.27 million square kilometers from the Yukon to Nunavut. Steve Kokelj, lead researcher told VICE News:

As a result of permafrost thaw, mega-slumps and canyons are opening in Canada’s Arctic, causing damage on infrastructure, roads and pipelines, which poses greater challenges to arctic communities. The Northwest Territories Association of Communities estimates that it will cost from $250 — $420 million to upgrade and fix buildings and infrastructure in Canada’s north.

Indigenous peoples are the most vulnerable to climate change as warming temperatures have impacts in their culture, traditions and health. For centuries, Inuit have maintained a close relationship with nature, however unpredictable weather patterns have increased the risk of traveling on the land and some traditional routes are now unreachable. There are also increased incidences of waterborne diseases resulting from rapid snowmelt and heavy rainfalls.

Then, there is also the concern that permafrost melt reinforces climate change. When permafrost melts methane and carbon dioxide, previously stored in the ground, are released into the atmosphere, further warming the earth. Methane is a worst greenhouse gas than carbon dioxide as it is 30 times more potent as a heat-trapping gas.

Warming temperatures do not simply mean warmer winters in Canada
Although other regions in Canada are not going to experience the same climate change impacts as the arctic regions, there will also be other consequences. Finnis explains:

“If you live in any kind of exposed coast you have to worry about rise in sea levels. If you live in any place that has agriculture or forestry activities, you have to start playing attention to pest species spreading […] There is also concern around ticks and Lyme disease and its all connected to the same”.

Warmer temperatures expand the ranges and enhance the survival rates of spruce budworm and the mountain pine beetle. These pest infestations are usually controlled by intense cold snaps during winter but recent warmer winters have been one factor allowing the infestation to grow into B.C.’s forests and spread into Alberta. Since the 1990s, 50% of B.C.’s commercially valuable pine timber has already been lost due to the mountain pine beetle outbreak.

Climate change will also be a contributing factor for the increase in likelihood and frequency of extreme weather events in Canada like floods particularly in low-lying areas — such as the ones we’ve seen this spring in Gatineau and Southern B.C. ; heatwaves and wildfires like this year’s wildfires in British Columbia which have driven thousands from their homes since April, prompting a state of emergency.

Canada is a coastal nation, with the exception of Alberta and Saskatchewan, all Canadian provinces and territories share approximately 243,000 km of coastline. According to the Association of Canadian Port Authorities, today 6.5 million Canadians live near marine coasts, and more than $400 billion in goods are shipped annually through Canadian ports. While sea-level rise will vary significantly across Canada’s coasts in the future, it is expected that coastal areas will also experience coastal erosion and storm-surge flooding.

From an insurance perspective, it is estimated that by 2020, the annual economic damages to Canada’s coasts from sea-level rise and storm surges could reach between $2.6 – $5.4 Billion increasing to an estimated $48.1 Billion by 2080

Global implications: climate driven-migrations
Climate displacement is becoming one of the world’s most powerful and destabilizing geopolitical forces. A recent study looks at how climate change played a role in the Syrian war that has destabilized European countries. The UN estimates that there are 13.5 million refugees requiring humanitarian assistance. Climate change will destabilize borders and increase humanitarian crises.  From droughts in the East Africa region, to unusually heavy rains pre-monsoon season in Bangladesh, the climate change impacts on people, economies and environments around the world will also have repercussions for Canada. Finnis says:

“We need to keep in mind that drought is going to increase food insecurity, and new insect pests could create all kinds of problems and health issues. And then you start thinking: What’s going to happen when people start getting displaced as a consequence of climate change?”

Although climate change is a global issue, part of the solutions lie in sustained collaborative action at all levels: the international, national and local levels.

For instance, on average Canadians contribute to about 15 tonnes of carbon dioxide per year which is about three times the world average. In order to reduce emissions at home, Canada’s is taking action at the federal and the provincial level.  This May,  Environment Minister Catherine McKenna unveiled a technical document on the federal government’s carbon pricing plan which will be implemented across provinces by 2018.  The carbon tax will start at $10 per ton, rising $10 each year until reaching $50 in 2022. The carbon pricing is central to Prime Minister Justin Trudeau’s Pan-Canadian Framework for Clean Growth and Climate Change which includes measures to achieve emissions reductions across all sectors while driving innovation and growth in a low-carbon economy.

The effects of climate change will continue to grow and scale as temperature increases in Canada and in the rest of the world. The closer we stay within the 1.5 degrees Celsius goal, the less challenging it will be to adapt and to mitigate. In order to keep earth’s climate from moving into unchartered and more unpredictable scenarios, action is also needed from municipalities, businesses, people and organizations.

Something to be learned from the set of events that followed on from the US withdrawal on the Paris Agreement is that even with the US government withdrawing from the Paris Agreement, there is US climate commitment.  Climate response will continue globally and within the US as non-state actors step up and become climate leaders.  Shortly after the US announced its decision to withdraw, mayors from 30 cities, 3 governors, 80 universities, and more than 100 businesses in the United States stepped-up by reassuring their commitment to the Paris Agreement and they’re in negotiations with the UN to submit their contributions as part of the US.

In the same way, people, communities and institutions can all step up to take action.  Be it through putting up solar panels to generate your own electricity at home, or by composting, recycling and reducing waste in order to cut down methane emissions, we are all part of the solution.

Perla Hernández is a member of the IFLRY Climate Change Program. She has a background in Political and Environmental Science, was a member of the Canadian Youth Delegation to COP18, and was a climate change columnist for The Independent NL and has collaborated with the Climate Tracker. She is currently a project coordinator for the non-profit thegreenorck.ca, where she brings local action to global challenges. Contact Perla at perlahg@mun.ca or follow her on twitter: @Perla_hg