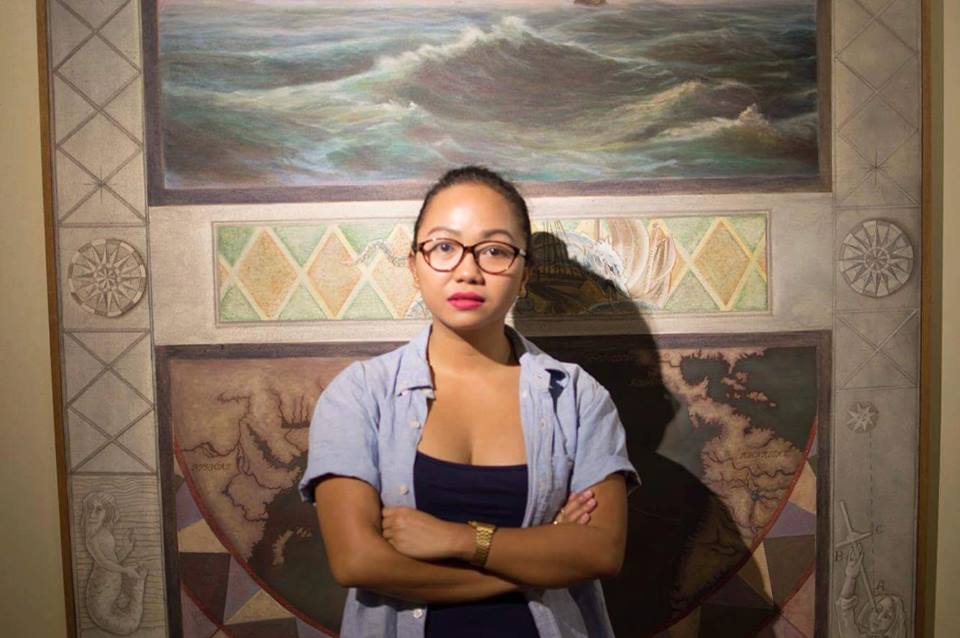 Anj Bantiles, from the Palo, (in the province of Leyte) in the Philipines.

The Liberal Government in Canada has been praised for its policy on Syrian Refugees this past year. Canada is known as a country that is accepting of new migrants; a policy of acceptance that is woven into the fabric of the country. Although the government and a large majority of the country’s population have accepted refugees, there are still people that blame refugees as a fault for other issues in the country. This phenomenon is not uncommon; the US election, France and Brexit are examples of populist groups using refugees as an excuse for other socio-economic problems.

Although it is the goal of populist groups to instil fear of refugees, what it reminds others of is the inability for a country to be accepting of migrants. What makes the latter to be more frightening is that the reasons for displacement in the 21st century are much more complex than those written under the 1951 Convention. Distinctions between refugees and migrants. Voluntary and involuntary movements are also becoming muddy. According to UNHCR, by 2050, there will be more than 250 million people being displaced due to natural disasters and climate change, not just from war and political unrest. Natural disasters and climate change are real causation for displacement alone, however we often forget about the socio-economic deprivation that refugees are subjected to in their new homes.

Political scientists and policy-makers have debated whether climate refugees or climate migrants should be included under the 1951 Convention. Many believe that the term “refugee” has a negative connotation and that there should be complete reform of all international refugee policies. Is it possible that instead of refugees, we can think about displaced people as economic migrants? Of course there is always a cost when a country accepts new migrants, however there is also an extensive economic benefit. We have a moral obligation to help refugees; humans in developed countries often forget that these are people that have gone through tragedies. Instead of focusing on the group of refugees or migrants, it may help to focus on the individuals and what they can offer.

Anj Bantiles is a young woman from the Philippines that knows first hand the realities of the 21st century climate change. Her story is a remarkable one, but also one of tragedy. Growing up in the city of Palo in the province of Leyte, Anj had an ordinary Filipino life. All of that changed in 2013 when Typhoon Haiyan devastated the area, coincidentally at the same time as the United Nations Framework Convention on Climate Change, annual climate negotiations in Warsaw, Poland. Although this is a news story from almost three years ago, the people affected by this natural disaster will feel the effects for years to come. There is no protection for people that have to live with socio-economic devastation after a natural disaster, or for people whose homes are repeatedly destroyed is one of the challenges with the current refugee policy. In an effort to individualize the challenges of refugee policy, Andrew Johnson sat down with Anj to talk about her experience with climate change, and how it relates to migration.

In your own terms what is a climate refugee?

Anj: A climate refugee is a person or a group of people who have been driven out of their homes or primary places of residence due to a natural calamity or disaster. It is extreme and uncontrollable, but the only other way moving forward is to seek assistance or shelter somewhere else.

What are some of the challenges that internally displaced people face after a large climate natural disaster?

Anj: Well, first of all, it is the emotional and psychological trauma, a climate disaster is a force unknown to most and it’s something that you do not think will happen until it actually happens to you. Of course there is shelter. Most people that are displaced have to struggle to adjust to a new environment, new neighbors, and new rules. And there is an essentially a new way of life. Starting from scratch, essentially. And mostly people have to overcome these challenges, and I think they overcome these challenges because they don’t have a choice.

What has been your experience with climate change?

Anj: I came from a small city in the middle of the country. The weather patterns are almost always predictable. It’s the kind of place where farming and fishing, and weather and climate based industries are the main source of income. However in 2013, we were hit by one of the strongest typhoons ever recorded in history. And when typhoon Haiyan hit Tacloban, nobody foresaw just how real climate change is and just how real a disaster it was going to be. Waves were at 3-story high and the seas were enveloping the entire city. My area was ground zero to one of the most horrible natural disasters in history. Haiyan took everything, homes, livelihoods, and lives. And I came from a family of five, but by the end of that day, I was the only one left.

Do you consider yourself to be at risk of having to migrate due to climate change?

Anj: Well think, the Philippines are in a very delicate geographical location when it comes to the effects of climate change. And if you think about it, the Philippines are an archipelago, so we are a nation of small islands; small islands that could eventually disappear. So yes, I do feel a strong risk for migration due to climate change. I feel at this rate; it is only a matter of time before another disaster strikes again.

What are some of the largest challenges that your country faces in terms of climate change?

Anj: I think that the Philippines are facing quite a lot of challenges when it comes to climate change. Especially in terms of awareness. I do not think people put so much attention to that. It’s a kind of attitude and mentality that is disheartening. What we all need to realize is that climate change is real, and it is happening every day. You may not seem to notice the effects, but it is effecting you, even in small ways. The agricultural industry of course, the backbone of the Philippians economy, is taking most of the hit. Our geographical capital for farming and rice production have had shortages, we can no longer export rice. We have and still are importing rice. And it’s been like that for years and years. Farming areas are experiencing drought as well and farmers themselves are experiencing famine, which is quite ironic. I can not even list all of the impacts the Philippines is facing, but the point is we need to realize that it is happening, and it is up to us to mitigate the impacts, if not stop it.

If you have ever considered migrating due to climate change, which countries have you considered?

Anj: If I am being completely honest, I was ready to move to Germany or some landlocked country in Europe. It’s horrifying, because I always feel like it is all going to end in drowning or something. So yes, probably Germany or anything landlocked.

Does the term “refugee” have a negative connotation?

Anj: I think it does have a negative connotation. Personally, the term “refugee” is more sad than actually negative, because it means that something terrible is happening somewhere in the world. But nevertheless, I think in general refugees are looked at negatively because it means that someone is getting on your resources for free. I think most countries think about how these refugees are going to fit into an already established society, and how they will effect and influence the culture.

Anj: Well I have seen first hand that even people in my own country are still blinded or clueless about climate change. So it is not just people in developed countries that need to hear something. But, come on people, climate change is a very real threat. 10,000 people in 2013, how much more body count do we need to start participating in the fight against it. It is a growing fight, and even if you are not in it now, it will come for you. And when it does, it will be too late. So you know, listen to all the sappy slogans for recycling and maybe turning off your car engines, or using clean sustainable energy. Even simpler, just take time to get to know what climate change is because there is a lot you can do.

What has been the hardest part about living in a country prone to natural disaster?

Anj: Well I have actually been aware most of my life that typhoons will come knocking three to five times a year in this country. And as I became older, three to five times a year became ten, and then it became more. And suddenly I realized that all of this is a result of man’s insatiable need to consume. It is a global consumption, but somehow we take on the worst and most of the repercussions. And knowing this and not being able to do something about it is the worst part about being here. It is also the constant fear of losing everything and uprooting your life all over again. Mentally preparing to lose everything in case a disaster strikes, these are not very comforting notions to live with. 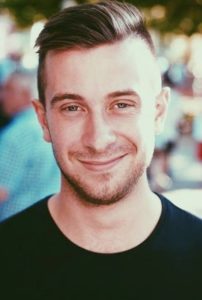 Andrew Johnson is currently working as a political staffer in Canada. His academic background is in environmental studies, and he is hoping to further his education in international relations and human rights. He also wants to use his education and experiences to create an NGO focused on the migration of people.