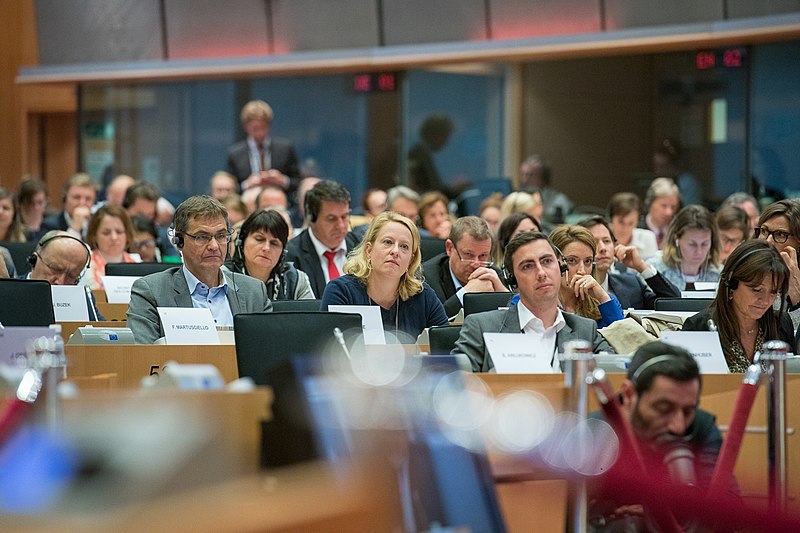 Pictures from the Greek refugee camp Moria left me staggered. A desperately overcrowded camp on the margin between the Middle East and Europe stood in flames. The dancing fires and the dark clouds over the camp have been the expression of sheer hopelessness. The hopelessness of people that left their homes with almost nothing but their most important belongings. The war does not make any difference between age, gender or societal background.

But how does all of this fit with the title of this article? How are migration waves comparable to a phenomenon that affects us in a very different manner? Or is this even a very bad attempt to put sustainability on the agenda again?

For quite some time now, researchers have been dealing with the question of how climate change influences migration. And it is almost undeniable that climate change is never the primary cause for migration. It rather is the impact of climate change on resources and living conditions that makes people migrate. Consequently, it is hard for politicians and civil servants to take measures against climate change when you cannot communicate a linear relationship between those phenomena. Nevertheless, there are many estimations of how many people could flee their home country as a consequence of climate change – some more conservative and some more progressive ones. The conservative estimations predict that around 25 million people will leave their homes until 2050. The more progressive ones even expect 200 million in the same period of time (which is widely accepted). Just as a comparison: in the aftermath of the Syrian civil war and the expansion of ISIS in the Middle East, ‘only’ about 6 million went on their way towards the European Union or neighboring countries.

So, what can we do about it? Measures that would either make it possible to adequately cope with the estimated migration waves or even pose a solution for the problems themselves are indeed manifold. Starting from plain development cooperation over better education to climate-friendly technology and innovation.

In 2019, the European Commission took a very important step in the right direction. It has passed its Green Deal that contains policy measures to make the European Union climate neutral by 2050. The “action plan” of the Green Deal is the basis for achieving this goal. I don’t know how you feel about that. But every time an (inter)governmental body passes such an initiative, it feels pretty far away and not very easy to grasp for me. I have been on this planet for 23 years now. I am not even halfway through until 2050. And here lays the problem with the urgency of the climate crisis. Most politicians simply do not get rewarded (i.e. in elections) for something they decide that is still 30 years ahead.

But the EU’s approach is somewhat different. One point of the ten-part action plan is a taxonomy for sustainable investments in the European Union. Once translated into national law, investment managers as well as banks, insurance providers and pension funds etc. are only allowed to call their products “sustainable” if they fulfill certain criteria. With an increasing demand for green investments, this is most probably going to induce a shift of capital towards more sustainable causes. Clients and consumer will thus be able to compare investments with a focus on sustainability and are able to make more conscious decisions.

This development basically tackles two things at once. First, the widely used terminology “greenwashing”, that describes investments that are told to be sustainable though they are not, or at least not as much as they claim to be. With the EU taxonomy, this will become a thing of the past. And secondly, the legislative authority can direct capital towards investments that are also in the interest of the people – here and abroad.

I am aware of the fact that sustainability efforts alone won’t solve the problem of climate migration. And it would also be too simple to propose that climate justice will automatically lead to are more just world with equal opportunity. The very simple solutions that are offered either from the left or from the right are mostly not comprehensive enough to really make a difference. It works for political campaigns but not for political solutions. It either objectifies humans or subjectifies the climate crisis. What we need is a set of measures that guarantees humane conditions on every step of the journey. We need economic actions that are transparent and comparable – pretty much like it is framed in the EU taxonomy on sustainable actions. But this is not enough: we need an economic environment that internalizes the fact that the exploitation of both soil and work force is not worth it – no matter from which perspective you look at it. Economic activity should always be closely linked to responsibility. Because if you truly believe in individualism, this is the way to go. For a more just, a more humane and a more sustainable future.