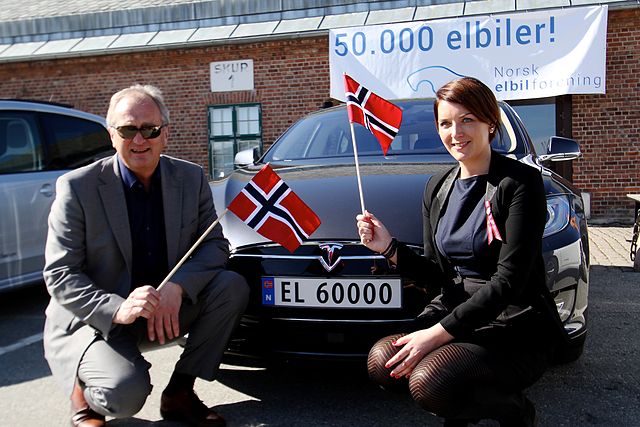 Climate change is a global problem. Norway is a rather small country. Why should we care?

It is easy to say that a country like Norway, with barely the population of a Chinese city, cannot make a difference on big global issues. Whether it is true or not, does not matter, we have a moral obligation to do our part. As most of the western countries, we have built our wealth on polluting the world. Our national investment fund, the biggest one of its kind, is created solely by the income from drilling oil in the North Sea. Morally speaking, a lot of it should be invested to make a green future.

Small countries have the benefit of being able to make changes more easily. More people live in China or the United States than in all Scandinavian countries combined.  If you wanted to convince China or the United States to make nationwide changes, you would have to convince more people than in Scandinavia. We can make certain radical changes without taking hundreds or thousands of budgets and local governments into consideration. We can for instance waive all taxes of electrical cars, not just the ones based on pollution, creating  a market attractive to invest. During a recent visit to Norway, Elon Musk explained that we are the most important European market; every sixth car Tesla exports to Europe is sold in Norway. When Musk was challenged about electric cars still using the same amount of space on the road, he whispered something about an “idea” which is “not exactly a bus,” but he would not say anything more. Whatever it is, Norway should be the first to, at the very least, consider implementing it.

By experimenting with policies, we can export our recipes for success. Five years from now, we are going to review each other’s contribution again in 2020 as according to the Paris agreement. We will be able to show what we were able to achieve, and can help guide others to cut their emissions if need be. We can show policies we ourselves have implemented, tell them what works, what does not, and if there were any unexpected challenges along the way.

Norway has a history as a pioneer in the development of technology used in harvesting hour resources. If we decided to move our investments from oil into development of new technology for optimizing production of clean electricity and energy efficiency – as we should -we could give a boost that wouldn’t just cut emission in Norway, but also far beyond our borders. Through decades we have optimized oil drilling, and there is no reason we can’t do the same for windmills and turbines.

Even though there are not a lot of people in Norway, we have a decent sized area, packed with resources. Windy coasts and numerous rivers and waterfalls make for an extraordinary opportunity to create renewable energy. Especially when we create more electricity than we are able to consume ourselves, we can contribute to making Europe greener. If we build power supply lines between Norway and the rest of Europe with more capacity than today, we could be able to sell clean energy when the sun doesn’t shine and the wind doesn’t blow. Norway could help hydroelectric energy replace coal as a stabilizing power source, creating a reliable basic energy supply, when there is no wind, or days are cloudy

Norway cannot stop climate change by itself. But what we can do is do our part and at the same time help others do theirs. We can develop the necessary technology and policies. Saving the world is not a contest where some countries win or lose, it is a group assignment, and if we do not play on each other’s strengths, we most certainly will not able to achieve our goal.

Peter Riseng is from Ski in eastern Norway. He is currently the president Unge Venstre’s (Norwegian Liberal Youth) Akershus branch. This fall he will be starting a bachelor’s degree in game design, which he studied for a semester in Seattle before he moved back to Norway last summer.