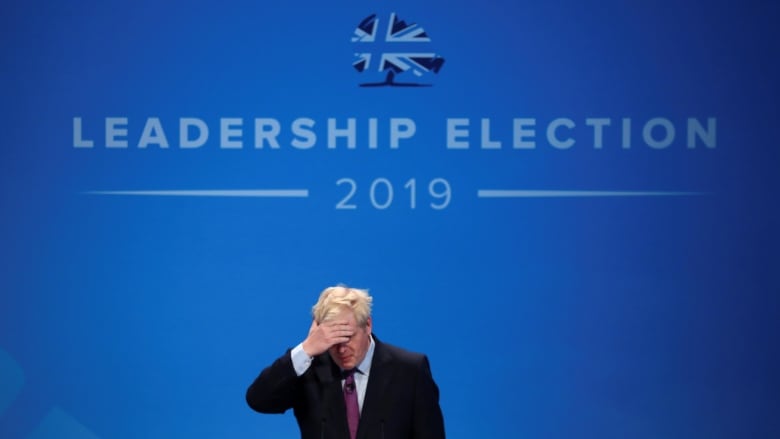 You won’t have heard it here first, but Boris Johnson is almost certain to be the next Prime Minister of the United Kingdom. Why? Because he will be chosen by the membership of the governing Conservative Party. The Conservative membership is not representative of the British population as a  whole whatsoever; neither in demographics, nor in their views on Brexit. Johnson, the former Foreign Secretary, is up against the current Foreign Secretary Jeremy Hunt. Mr Hunt – who’s disastrous plans to reform the UK’s publicly-funded National Health Service have quietly been dropped since he switched from being Health and Social Care Secretary to his current job – supported Remain during the EU Referendum campaign. Even though he is now a Brexit convertee, he will not be a ‘pure’ Brexiteer in the eyes of many Conservative members. This will almost certainly hand victory to Mr Johnson.

Assuming Boris Johnson takes charge in late July, having won the Conservative leadership contest, Brexit will then be at a crossroads. It will either happen, or it will die. In my view, both are relatively likely, as both are currently down to chance.

How will Brexit happen?

The UK is scheduled to leave the EU on 31st October (the irony is not lost on me), with or without a deal. This is because Theresa May, the incumbent Prime Minister, managed to secure a second extension to the Article 50 process back in April. Boris Johnson believes that he can convince the EU to reopen the Withdrawal Agreement (which was negotiated with the EU over two years, and which it keeps insisting it will not renegotiate), negotiate a new agreement and then get it through Parliament all by that deadline. Bear in mind, he will have four weeks to do this, following Parliament’s summer recess and the party conference season in September. He believes, even if he is unable to do this, that the UK will still be able to trade with the EU during an implementation period, ignoring that this is tied up into the Withdrawal Agreement.

However, if he somehow manages to convince Parliament that he has done all he can to secure a new agreement with the EU, but has been unsuccessful, then it is possible that the House of Commons would vote to leave the EU without a deal. This is possible, but highly unlikely.

This leads us to the second scenario: the demise of Brexit. This, in my opinion, is the slightly more likely outcome. If this were to be, it would be due to a simple miscalculation on the part of Boris Johnson: that the Democratic Unionist Party, the DUP, upon whom the Conservatives are reliant for a majority in Parliament, following the Darwinian 2017 snap general election, would support him come what may. Theresa May made the same miscalculation. May made, and Johnson likely will make, this mistake simply because she knew that the DUP backed Brexit in the 2016 referendum.

But what many Westminster politicians, from across the political spectrum, seem to fail to understand is that Northern Ireland’s bloody past means that the union of the United Kingdom is precious to most Northern Irish Protestants, including the DUP. In the eyes of the DUP, the Union is even more precious than Brexit; they would rather have no Brexit than no Union.

There is also another factor in play in this scenario: the fact that Boris Johnson is a deeply divisive figure amongst many Conservative MPs. Some Conservative MPs have even gone so far as to state that they would vote to dismiss a Johnson-led government, even if that meant triggering a general election.

In the event of a general election, could the Conservatives win a majority? As the 2017 election showed, anything is electorally possible. But current polling suggests that a Johnson-led party would find it difficult to regain a majority.

Now, you may have noticed my continual usage of the words ‘likely’ and ‘unlikely’. That’s because, quite simply, no one knows what will happen next. Some currently unforeseen third scenario or some other factor could come to the fore and change the dynamic entirely. After all, opposition MP Yvette Cooper rammed a bill through Parliament – in one just one evening – which blocked a no-deal Brexit. This prevented the UK from crashing out of the EU, against all the odds, on 29th March 2019.

But for the moment, Boris Johnson doesn’t seem particularly interested in appealing to the many factions in Parliament, and within his own party. He just appears to want to get himself into No.10 Downing Street, whatever the price to the country. Or, perhaps, he is living in a Brexit-fool’s paradise, and truly believes what he is saying.

After all, as former Prime Minister Harold Wilson said, ‘Anyone who claims that membership of the [EU] is a black and white issue is either a charlatan or a simpleton.’ I’ll leave it up to you to decide into which camp Boris Johnson falls.