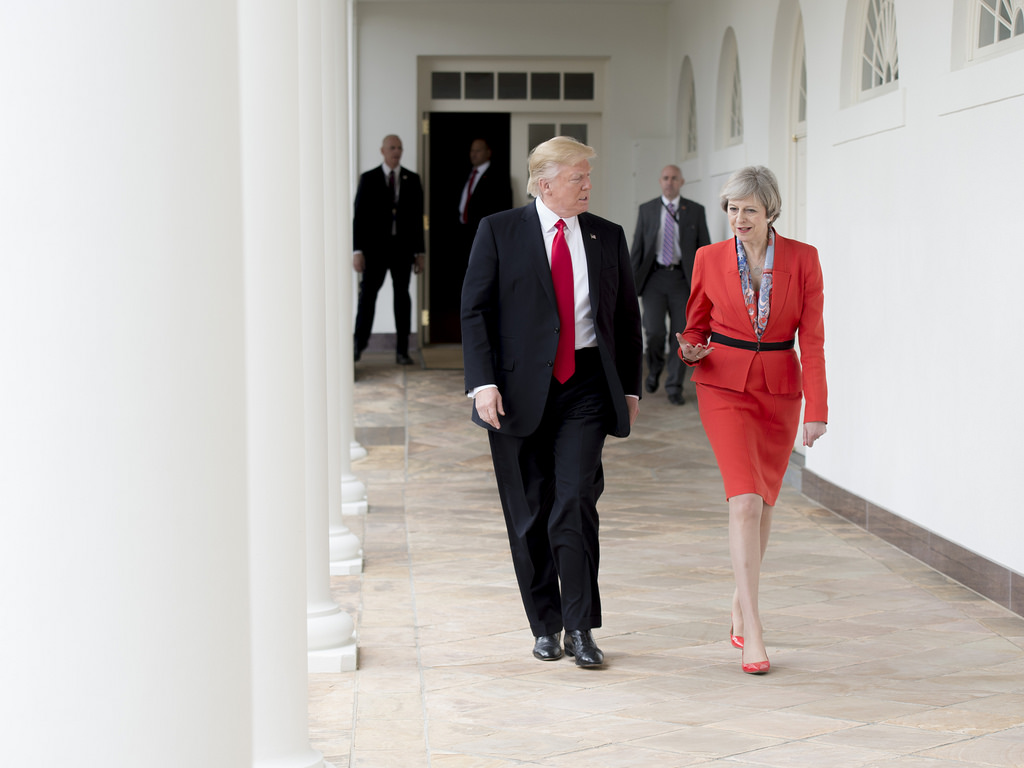 Theresa May has thus decided: the UK will be facing a hard Brexit, by leaving the European single market – an area of more than 500 million consumers where goods, services, capital, and people circulate freely. This is a “leap in the dark” for the British economy, which is deeply integrated to the continent. Mrs. May however seemed unshaken when she announced the move. Since last June, her government wants to portray Britain as stronger and more autonomous than ever. This is her bluff.

The first bluff: the idea that an exit from the single market could be painless. The British economy is heavily reliant on the European market and for some sectors, such as financial services, access to it is vital. Burning bridges with the European Union will not be without consequences. When it comes to the free movement of people, the problem remains the same. Britain will retain control of its own borders, but at which cost? The cost of the working permits needed by graduates to start a career in London or the cost of doubled or tripled tuition fees for European students wishing to study in the UK. This would be a terrible blow to the country’s attractivity.

To reassure citizens and businesses alike, Theresa May expressed the will to conclude a free-trade deal with the EU that will be as comprehensive as possible. It would allow her to limit the economic consequences of a hard Brexit, while maximising its political benefits. Here lies the second bluff: the idea that Britain could cumulate complete regulatory autonomy and free-trade with the continent. Every free-trade agreement entails a loss of regulatory autonomy and hence of sovereignty. Switzerland has access to large chunks of the single market but must comply to some extent with EU law. Even being a member of the WTO means being subjected to its authority. The best of the two worlds that Mrs. May promises would simply be a compromise between what Britain needs economically and what legal and political links with the EU the “Brexiteers” are willing to accept. A perfectly sovereign Westminster trading freely with the entire world is worse than quixotic, it is a lie.

The third bluff of Mrs. May is threatening to turn Britain into a European Singapore, should the EU want to punish it for its departure. To be clear, it is not in the EU’s interest to punish anyone. It would go against everything the EU stands for, openness and tolerance, and would be an economic nonsense. But Mrs. May’s threat lacks credibility. Ever since her arrival at 10 Downing Street, she has been trying to woo Labour voters by distancing herself from the Tories Thatcherite legacy. It will be hard to reconcile her new brand of social conservatism with a potential slash in taxes and regulations.

The final bluff: Theresa May’s enamoured relationship with newly elected President Trump. Pandering to Mr. Trump is not only cynical, as he is a man publicly praising for a break-up of the EU, and odd, since it is hard to imagine two leaders with more opposite styles: it is worthless. The man who has relentlessly bashed free-trade over the past months would offer her an agreement? Laughable. And even if this was true, it is hard to imagine that such a deal would be made at Britain’s term considering the relative weight and power of the two countries. In any case, it would be the regulations of another country that Britain would have to adopt.

Bowing to Donald Trump reveals the truth about Britain’s situation. For a country as entrenched in globalization and reliant on trade and exchanges, there is no alternative path offering prosperity and full “sovereignty”.

Vincent Delhomme, originally from Paris, France, studies European Law at the College of Europe in Bruges, Belgium. He is a member of Jeunes UDI in France, and has been engaged in liberal youth movements, such as Students for Liberty, for many years.