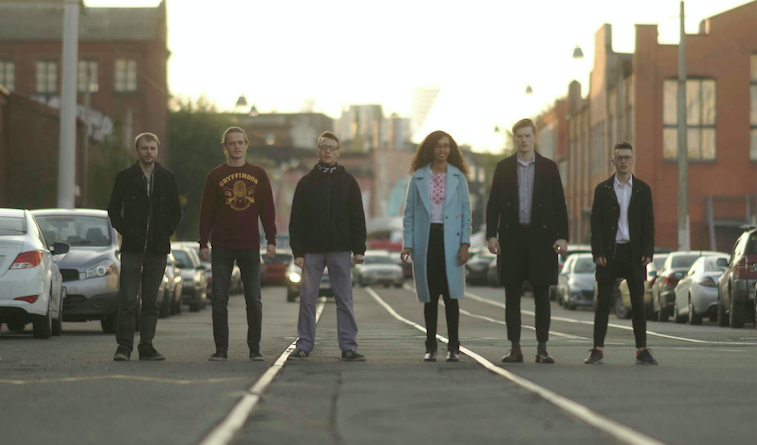 On November 17, Belarusians will have the chance to vote for a new parliament. As President Lukashenka has maintained a tight grip over the election process for 25 years, Belarusian elections are usually barely newsworthy events. The real institutions of power are almost entirely separate from the ostensibly democratic institutions in the country. This is a massive challenge for young people that want to change their society for the better. Despite all this, the recently formed Youth Bloc, an informal association of young Belarusian activists, appears to have found a loophole in the repressive treatment of activists.

Youth Bloc consists of 8 young people with ideas that they believe are in the interest of Belarusian youth. For example, Stanislav Shashok was one of the founders of Legalize Belarus and has campaigned in this capacity against the restrictive drug laws in Belarus. Aleksey Lazarev proposes reform of the military service. Together, they are running for parliament. All of Youth Bloc’s candidates are by now registered for the upcoming parliamentary elections. They asked registered political parties to register them as candidates, which allowed them to bypass a difficult registration procedure.

Usually, there’s a system of political repression applied to activists in Belarus. The country has a poor track record of democratic participation; it has not seen a peaceful transition of power since 1994. No opposition candidate expects to be able to win fairly in any Belarusian election. Other forms of influencing state policy are severely limited as well. Under President Lukashenka there have not been any protests with more than a couple thousand people attending. Protests may be broken up by police under any legal pretext. In 2011, for example, a one-armed man was arrested for clapping while at a protest.

This leaves little room to manoeuvre. However, there are some avenues of expression that remain ostensibly open. Although most foreign observers would likely consider Belarus a dictatorship reminiscent of the Soviet Union, the state nevertheless seems concerned with its image abroad. Due to international pressure, two opposition candidates were given a seat in parliament in 2016. Candidates from registered political parties have some (albeit extremely limited) opportunities for public media appearances in state media. Additionally, opposition candidates may expect coverage in opposition media. As such, Youth Bloc has found an extra avenue to express its message to youth by registering for the elections.

It may seem peculiar that other political parties allowed the candidates of Youth Bloc to run. However, Belarusian parties may be the weakest in Europe. Even in Russia the presidential administration felt the need to create a ‘party of power’ (i.e. United Russia) to build a support base. This has not been necessary in Belarus. Lukashenka does not seem excited about sharing power with a party in parliament. Instead, he has stripped the legislature of many of its functions, including control over the national budget. Over 80% of parliamentary seats are filled by de jure independents though de facto supporters of the President (with just one exception, Yelena Anisim). Opposition parties in Belarus are notoriously divided and have very low capacity to mobilize.

Youth Bloc seeks to put youth issues on the agenda in Belarus. It does this in ways that may be expected such as organizing small street protests and pickets, online campaigns, or street campaigning. Their choice to run for parliament seems to be a tactical move to further make their voices heard. Perhaps it can finally bring some life back into the Belarusian opposition.