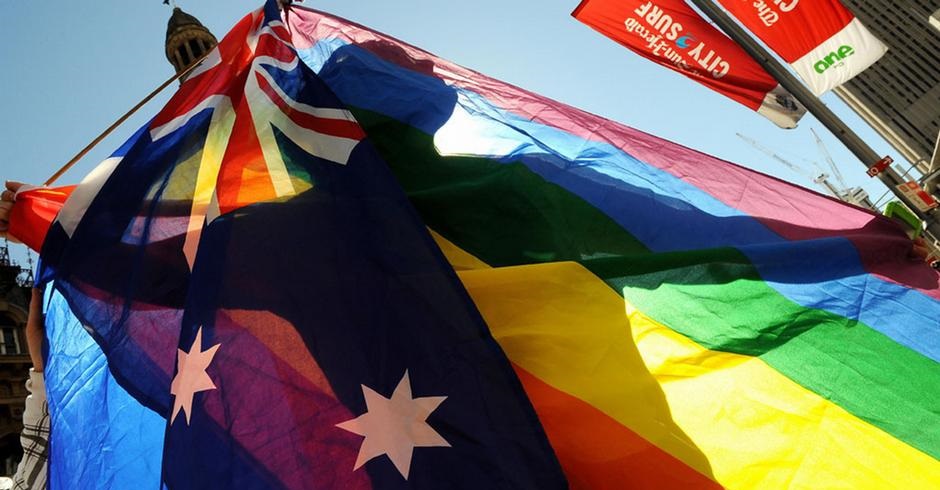 I’m not sure quite how to say this. The Australian Government has decided that the ability of same-sex couples to marry will be determined by a nationwide survey. Forms will shortly be sent to registered voters and on Wednesday 15 November the result will be made public.

That Australia has taken this long to decide the question of same-sex marriage, and has selected this mechanism to do so, is testimony to the clout of conservative Christians within both the Australian Labor Party and the (quite conservative) Liberal Party. In 2004 both parties voted to confirm in law the heterosexually exclusive nature of marriage, a change which reflected case law precedent. During a stint in government from 2007-2013 Labor ignored or actively worked against same-sex marriage, and since the Liberals took power four years ago they have focussed energy on kicking the can down the road.

However, with Labor now supporting same-sex marriage and the number of liberal Liberal MPs agitating for change growing, the Liberal party was forced to come together and negotiate a compromise. As it was quite clear that amending the law to allow for same-sex marriage would easily have the numbers to pass both houses of parliament, the larger conservative grouping within the party demanded that the public be consulted before a bill could be debated. This delaying tactic was first arranged under the more conservative Liberal leader Tony Abbott, and despite his replacement having been a longstanding supporter of change, a need for Prime Minister Malcolm Turnbull to keep his fractious Liberals and governing coalition together has seen it preserved.

Originally this was to be a plebiscite similar to the Irish vote which gave the green light to same-sex marriage, but when nearly all opposition parties voted down legislation to allow this, the government came up with a novel solution. Rather than have the country’s electoral commission run a proper plebiscite, have the statistics agency run a nation-wide survey.

At an estimated $122 million AUD this will be the most expensive opinion poll ever commissioned. If the survey returns a majority ‘Yes’ vote in favour of change, Prime Minister Turnbull has pledged to allow a (yet unspecified) bill to legalise same-sex marriage to be debated in parliament before Christmas. While some Liberal MPs have said they’ll ignore the result of the survey and vote against any bill, they aren’t great enough in number to derail a parliamentary vote.

With the High Court last week dismissing a case to have the survey ruled a breach of executive power, the stage is now set for a very public campaign that will run until early November.

The standard of debate has been quite poor so far. The ‘No’ campaign, informally being led by two former Liberal Prime Ministers, has attempted to paint the survey as a referendum on free speech, political correctness and the general direction of the country. The more substantial argument against that has been made is that without the specifics of a bill to debate, it’s unclear exactly what religious protections will be put in place. It is a somewhat disingenuous argument given it is coming from the same people who did not want this debate to be done in parliament where this issue could have been examined in detail by a committee and the wider chamber.

Among fellow liberals I won’t bother summarising the case for ‘Yes’ – which prior polls suggest should prevail.

If the public does opt for a ‘No’ (after Brexit I guess anything is possible) then it is likely that a future Labor government would pass same-sex marriage regardless, but at the earliest that will be in late 2019. However, even if a liberal end is achieved by this survey, there is reason to be concerned. As others have pointed out, the use of such an instrument to decide questions outside of foundational government and electoral arrangements (which require referenda per Australia’s constitution) is alien to representative democracy.

It’s sad to see the once promising Prime Minister Turnbull (or ‘Australia’s vanishing liberal’ as The Economist has dubbed him) advance this survey to take the heat out of a party room dispute. It may well payoff for him and deliver a ‘Yes’ vote in a way that placates his more conservative colleagues, but as British Prime Minister David Cameron found out, not all sure bets deliver.