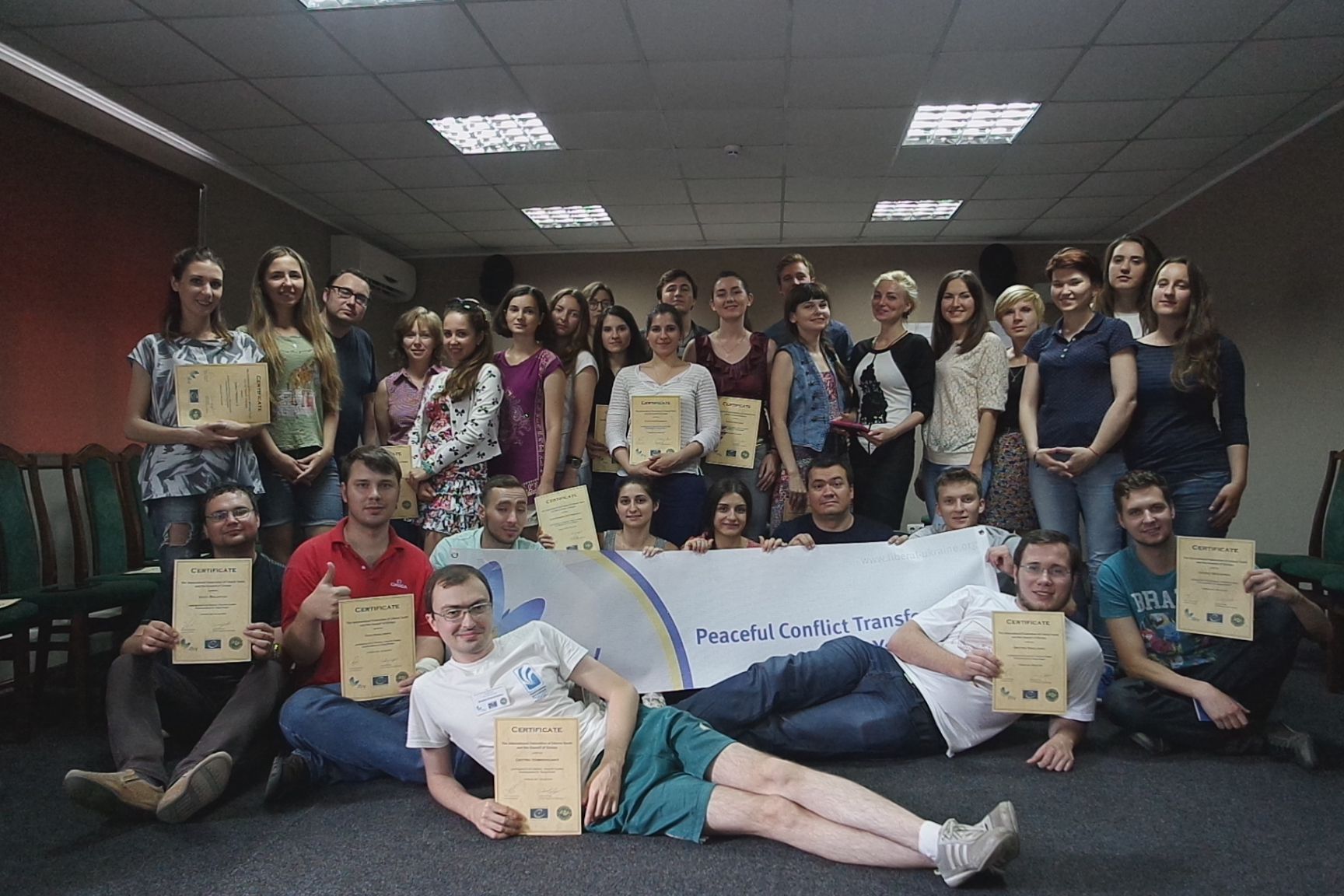 “Why the hell are you going to Kharkiv, Ukraine?” that was generally the question I got when people asked me where I was going from the 1st of July till the 6th. Trying to explain my “questionable” destination did not really help – you get a lot of cynical or sarcastic remarks telling them that you are going there for a seminar on conflict transformation, especially when you have to explain you are a trainer. Replies varied from, “Say Hi to Russian Dimitri for me”, to, “Don’t get shot down, you might start World War 3″. The reality of Kharkiv, however, could not be further removed from the pessimistic images my friends have.

What I found was a city affected by the conflict, but not ruined by it. I arrived with a slightly unusual landing approach, and on my way to the hotel there was little that indicated a conflict was going on some 300 km away. I just found it very quiet on the roads and everything was very Soviet style design, but that was to be expected. The only agitating feelings I got was that of the heat in a taxi without air-conditioning, and bumpy roads that make Belgian roads seem like they were made of silk. The general image of a war-torn city simply did not fit the reality, with a conflict 300km away Kharkiv was a city of relative calm and stability.

There is however one element of the seminar that stood out from the rest; the participants. Now granted my Russian and Ukranian language skills are non-existent, but perhaps that was for the better. My first idea of the language was that it’s very crude and rough, but the contrary is true. I’ve grown fond of the language and also of the people that spoke it during the seminar. Discussing a conflict is a hard task, it usually leads to irritation and before you know it chairs are being thrown across the room. It is even harder to talk about a conflict that affects you directly, whether you were displaced or have seen the city that you grew up in decline and fall behind amidst further violence.

It requires character to just go on with life, but even greater character to talk openly about it with people and actually want to be involved in changing the conflict, even if it’s just a small change. That is exactly what I got to experience during that weekend. An example of this was during the field trip. We visited the train station which now also functions as a coordination centre from which the hard task of keeping track of all the refugees that arrive at Kharkiv is done. We were shown the room where all the supplies were kept, and at the end of the tour one of the volunteers asked if people could help carrying some supplies to a group that just arrived. Before the question had even been asked, however, people had already started just helping around. This is both illustrative of the weekend I had, but also of the participants in general and perhaps, also of the general spirit of the youth in Ukraine.

I would like to thank all participants for the wonderful time I had in Kharkiv and especially the trainers team: Eva, Rafal, Daniel and Tanya

Arvid Plugge was a trainer during the Conflict Transformation Seminar in Kharkiv, Ukraine, and is the current International Officer of Jonge Democraten, Netherlands.