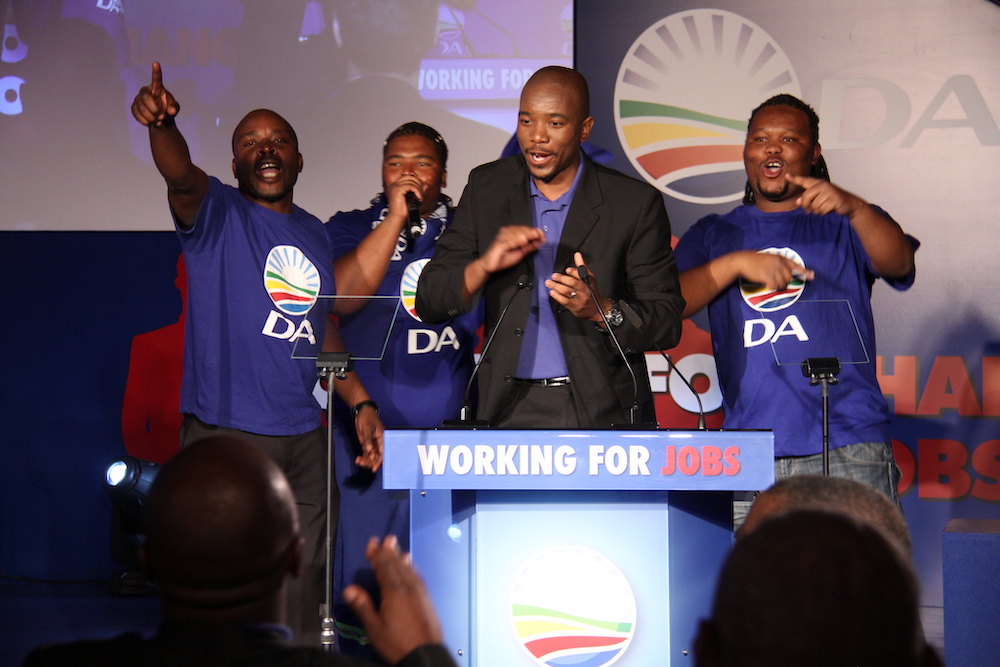 So far, I have mostly written about my daily life here. I have also explained some of the big topics in South African politics at the moment, but this time I thought I would tell you more about the Democratic Alliance (DA) and share my experience working for the DA.

The DA is the official opposition party in South Africa. It has a complex history, with many mergers and name changes. In 1959, the Progressive Party was formed as a result of politicians calling for stronger opposition to the policy of apartheid. The party grew as more people joined, and the party changed the name to the Progressive Reform Party and then to the Progressive Federal Party. Interestingly, the progressives complied with the apartheid legislation outlawing multi-racial membership, even though the initial motivation for its creating was to oppose apartheid. In 1989 it merged with two smaller reformist organisations and changed the name to the Democratic Party. In 2002, the Democratic Party formed the Democratic Alliance when merging with two smaller parties. Shortly after, the merger was aborted but many of the new members stayed and the name Democratic Alliance was kept. The DA has been the official opposition party (meaning it’s the biggest opposition party) since the 2004 general elections. It has grown in every election since 1994, but declined from 22.23% to 20.77% in the 2019 general elections. The leader of the Party since 2015 is Mmusi Maimane. After the 2019 elections there were speculations about him resigning due to the decline in support, however, Maimane will remain the Party Leader until the next DA Federal Congress in 2021.

The DA is obviously much bigger in terms of support but also in numbers compared to my party in Finland, Svenska Folkpartiet. When I started working at the DA three months ago, I was surprised about the size of the party. South Africa is huge compared to Finland, and this results in a more complicated political structure than what I am used to. South Africa has its Parliament, consisting of the National Assembly and the National Council of Provinces. Moreover, there are provincial legislatures, the legislative branches of the governments of  the nine provinces, and municipal councils. DA governs the province Western Cape, where Cape Town is situated, and several major metropolitan municipalities. I work in the DA international office, which manages public representatives and staff members from all of South Africa. It is a lot to keep track of! Furthermore, the structure of the party itself is a lot more complex than what I am used to. The DA has a federal council and federal executive: the federal council is a broad body comprising national, provincial, regional and local party leaders and the highest policy-making and governing body of the party in between party congresses; and the federal executive meets more regularly and controls and directs party activities on a frequent basis. All in all, I have had to learn a lot about the party’s organisational structure during my internship.

Even though I sometimes find it challenging to grasp the party structure and politics in South Africa, I have truly enjoyed my internship at the DA so far. My colleagues are helpful, kind and warm hearted. I appreciate their company in the office, and thinking about leaving South Africa and the office in three months makes me sad. I came to the party at a difficult time, as the election result was not what they had hoped for, but I still feel like the people I work with are motivated and believe in the DA and what it stands for.