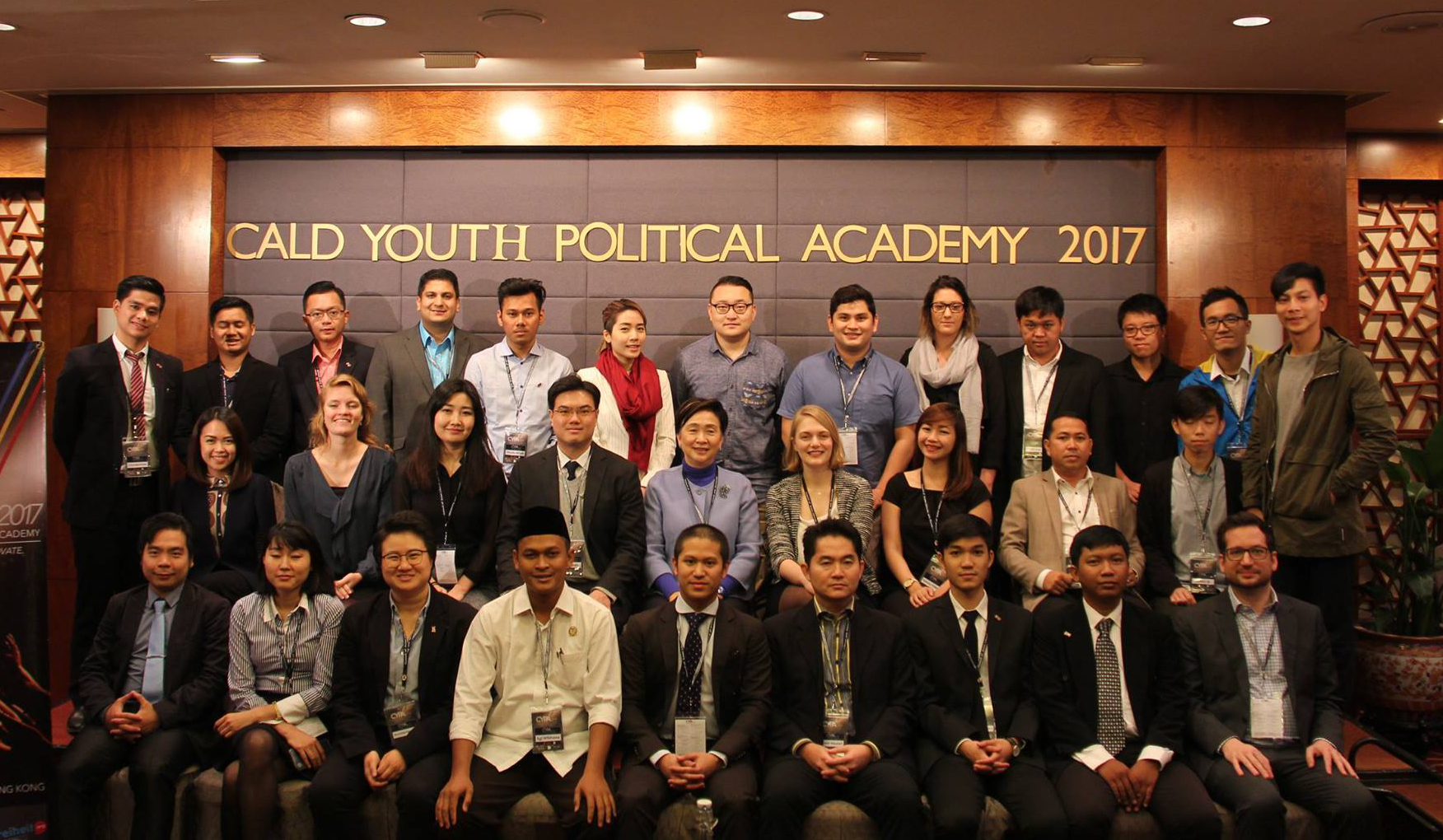 Participants of the CALD Youth academy. (Kenneth Lin third from the right in the top row.)

I recently attended the Youth Political Academy in Hong Kong organised by the Council of Asian Liberals and Democrats (CALD) during which Mr Sin Chung-Kai, former vice-chairperson of the Democratic Party of Hong Kong, shared his thoughts on the Umbrella Movement of 2014.

He was surprised that Hong Kongers were willing to turn up in such numbers and display such a strong front against Beijing’s oppression to demand fair elections – up to a hundred thousand people took to the streets in a protest that lasted 79 days. He noted that, in the past, Hong Kongers only protested in small, isolated groups.

I listened, bemused, thinking about how rare even small protests were in Singapore, and of the likelihood that a similar large scale protest demanding free and fair elections would happen here. Not a chance. The recent Speakers’ Corner protest against the water price hike saw only about a hundred people in attendance even though a majority of Singaporeans was against it, and even attracted a speaker who talked passionately about the government putting fluoride in our water supply conspiring to brainwash us. Really.

The defeat from the previous two elections (2015 General Elections and the 2016 Bukit Batok By-Elections) has left at least a few of us devastated and drained. Perhaps it is the idealism of youth that gave us unrealistic expectations to begin with.

We had thought that things were finally changing and weren’t at all prepared for the SDP not winning even a single seat, let alone losing ground in voting percentage.

Many doubts lingered and questions followed. What was the point in continuing to engage with people who were unsupportive of alternative policy proposals? Worse, they supported a party that engaged in gutter politics and personal attacks rather than a healthy debate on ideas and policies. What could we do to effect political change in Singapore? What is the way forward? 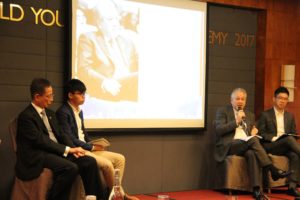 Getting to meet and listen to the youths at the forefront of change in Hong Kong – the many elected Legislative Councillors of the Democratic Party, and youth leaders like Joshua Wong and Nathan Law of Demosisto who headed the protest Umbrella Movement – made me realise more profoundly the impact youths have in society, and that youths have always been instrumental in heralding social change.

It is no wonder that the system in Singapore seeks unquestioning obedience to the authorities. From a one-sided narrative of Singapore’s history in Social Studies textbooks to National Service, a 2 year military conscription for males, where following rules is prized, the system does not encourage youths to think for themselves.

Furthermore, the voting age is 21. Those under 21 are also prohibited from viewing films that the state deems politically undesirable (if they weren’t already banned). Amos Yee, a rebellious teenager who had uploaded a vulgarities-laced video about the late Lee Kuan Yew, was prosecuted and jailed. He subsequently sought and obtained asylum in the US. An art student who had covered a staircase by her home with gold foil became national news and was told that the work was unauthorised and had to be removed.

Singapore is a society designed, very successfully, to contain challenges from our youth. Our government has depoliticised our youths, keeping them apathetic and ignorant about the issues that affect them. More specifically, it has isolated and neutralised the more vocal ones, causing many to become disheartened, cynical, or lose interest in political issues.

In one of the sessions in Hong Kong, an insightful point was made from the exchange of two experienced speakers. Mr Martin Lee, founding chairman of the Democratic Party, encouraged participants to never stop believing in our ability to change things. Mr Kiat Sitheeamorn of the Democrat Party of Thailand and current CALD Secretary General, added that while it is important to never give up faith in a cause, it is also wise to manage expectations about the amount of visible progress that can be made each day, and understand that change is only realised after much hard work and patience.

Disillusionment is not the way forward. We need to cling onto the belief that things will change – not overnight, perhaps, but eventually. We need to believe in the impact of our actions, but also to know that progress isn’t inevitable, and isn’t to be taken for granted. It’s hard work, and requires incredible persistence. 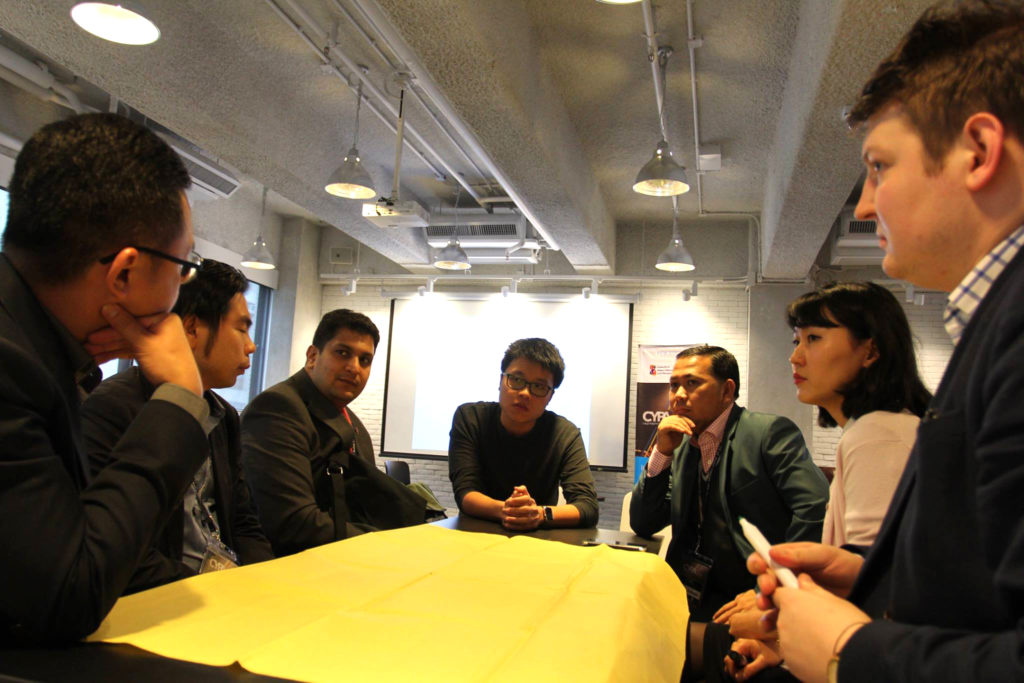 Disengagement is not the way forward. When it becomes frustrating to engage, we do not turn off and give up.

We need to continue to discuss, even with people who do not necessarily agree with us.

The important lesson here is to engage with these people in debate, to include them in discussion, rather than all too often labelling them as irreconcilable and thus closing the door for them to progress in their views and thinking.

Only when we treat these people as individuals on a journey can we open up the possibility of convincing them and advancing our movement. Because the real enemy of democracy is silence, ignorance, and apathy. We need to start coming together for the purposes of staying engaged and getting our opinions heard, rather than getting trampled on individually by society. We are, undoubtedly, stronger together.

We should never stop engaging, or give up on our belief that things will eventually change for the better. Meanwhile, it’s necessary that we adjust our expectations of the amount of progress we can make daily. Progress has always been this daily grind and dedication of hard work paired with an almost irrational belief in a cause, until the wall eventually crumbles down and everything before that seems inevitable. But, as we all know too well, it isn’t.

It was during the conference that the results of Hong Kong’s chief executive election was announced. Pro-Beijing Carrie Lam was elected in a system designed to ensure that Beijing’s preferred candidate would win. The Umbrella Revolution has thus far failed to bring about any meaningful change to the electoral system – Beijing remains the sole arbiter on the way Hong Kong is governed.

But Beijing does not yet have the final say in how Hong Kongers can make themselves heard and in their approval of how Hong Kong is being run. Though undeniably disheartened, the activists, both young and old, are in it for the long haul and are determined as ever to continue this struggle.

We in Singapore must also persist for it is the only way forward. 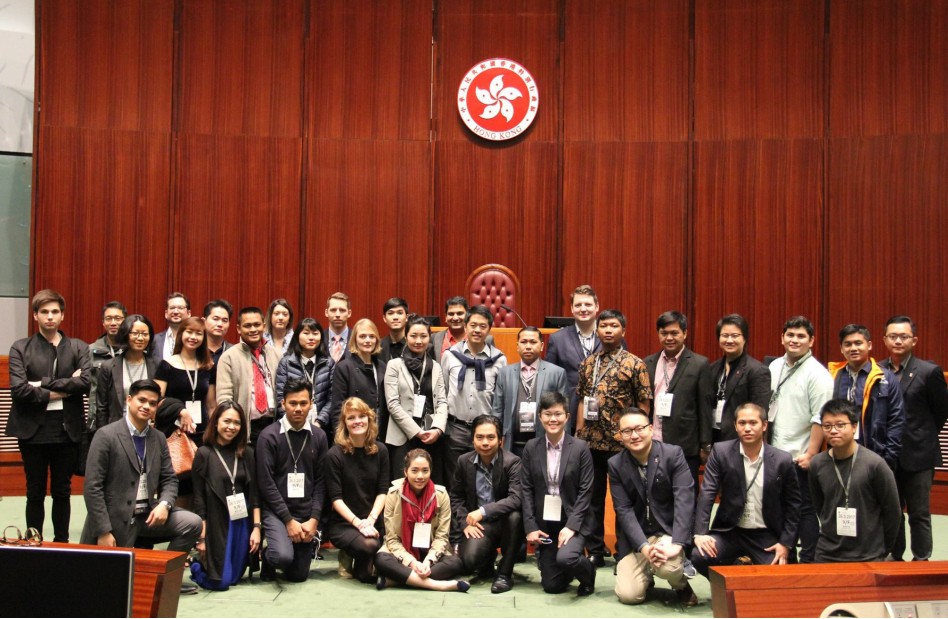 Kenneth Lin is a member of SDP’s youth wing, the Young Democrats, as well as the Communications Team. He contributed this article following his participation in the CALD Youth Political Academy on Leadership in Hong Kong in March 2017.

Want to join the conversation? Contact the author at: vipersonickenneth94@icloud.com

This article originally appeared on the website of the Singapore Democratic Party, and can be found here: http://yoursdp.org/publ/perspectives/the_way_forward_insights_from_cald_youth_political_academy_in_hong_kong/2-1-0-1608