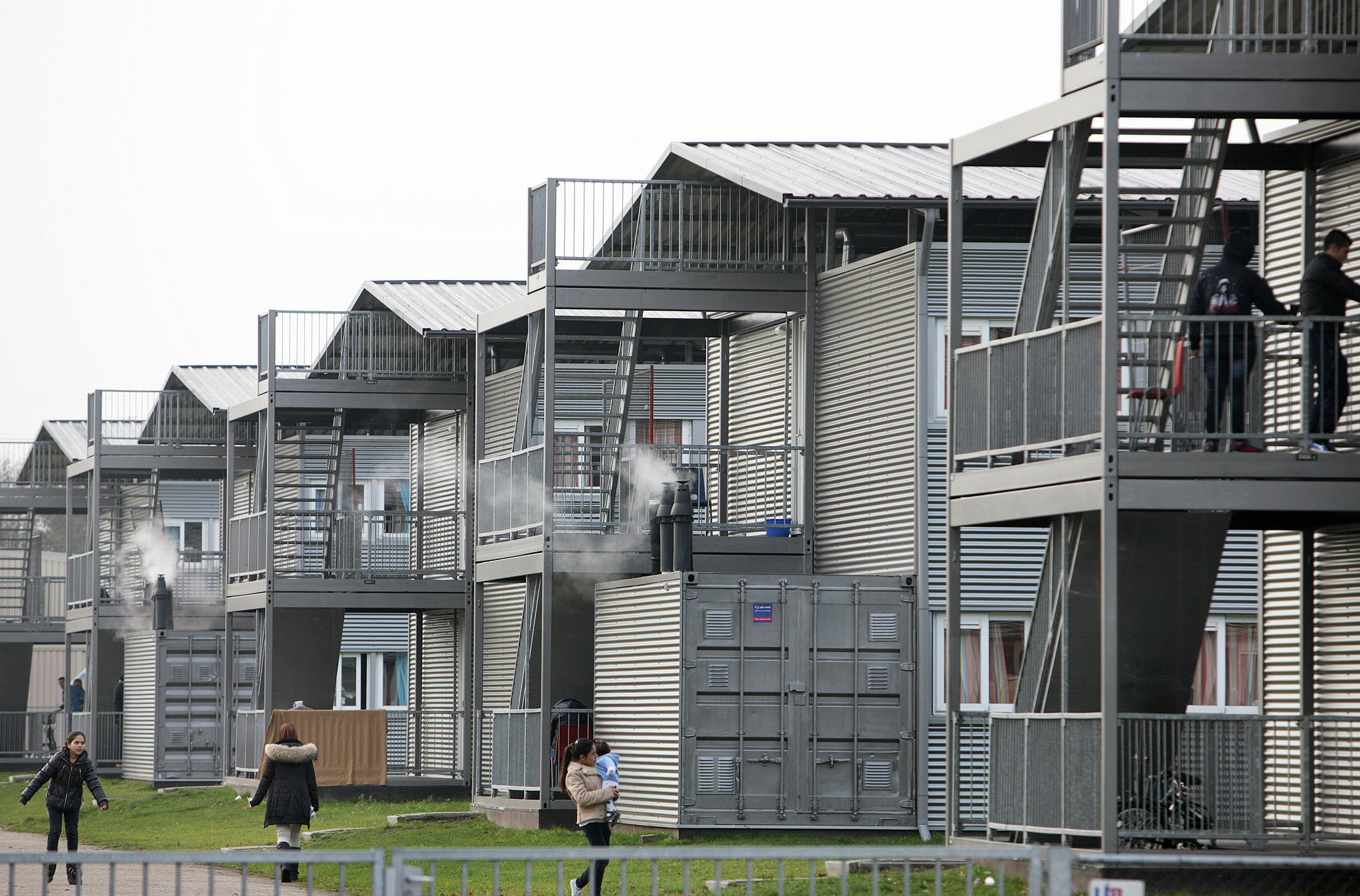 Temporary housing for refugees in Ter Apel, the Netherlands

The Netherlands is often seen as a country in which freedom, tolerance and human rights are celebrated and well-respected. Its citizens generally enjoy a very high level of well-being. But what about the refugees in the Netherlands? Do they benefit from this country’s supposed liberal and progressive values? Can they expect to receive the treatment to which they are entitled according to the principles of fundamental human rights?[1]

This blog is the final piece in a series in which we cover the refugee crisis from three different angles. In the first article, we concluded that investment in international development is critical for preventing refugee flows. In the second article, we discussed the European perspective and suggested a sustainable and coherent European strategy. In this final article we will look at the refugee crisis from a national perspective. Although we take the Netherlands as a case study, we believe that this may provide lessons for other developed countries that experience a large influx of refugees.

The current approach of the Dutch government is undesirable for a number of reasons. First of all, the cabinet’s continuous attempts to shift the burden, while Italy and Greece and countries in the Middle East experience great trouble to cope with the numberof incoming refugees, are completely unsustainable in the long run.[2] Instead of a German ‘wir schaffen das’ approach, and taking responsibility for a shared European or even worldwide problem, the Dutch government is sending mixed messages. Only ‘real’ refugees are welcome and the cabinet has made it a national and European priority to reduce the incoming amount of refugees as much as possible. While Syria’s neighbouring countries are already hosting over a million Syrian refugees, ‘hosting in the region’ has become a key aspect of the government’s policy.

Moreover, the Dutch government continuously fails to provide refugees a fair chance to integrate in their host country. Refugees can work up to a maximum of 24 weeks a year and only under very strict requirements. It can take up to two years before a permit is awarded, leaving refugees unable to educate themselves in a new language and culture.  Furthermore, it is estimated that 25.000 people with a formal residence permit are still stuck in refugee shelters, waiting to be assigned to a house, but the government declines to  take measures against the municipalities that are not complying with their legal responsibility to provide housing. While city councils in Amsterdam and Utrecht have tried to take matters into their own hands, the cabinet is still reluctant to impose a national integration policy.

A solution for these problems requires several policies:

Dominique Arntz has studied Public International Law with a focus on international human rights in Amsterdam. Lidewij Koene is currently studying International Organisation and Crisis and Security Management in Leiden. Both are active members of the foreign policy working group of the JongeDemocraten (‘Young Democrats’)

[2] In 2011, the European Court of Human Rights already condemned Belgium for violating the human rights of a refugee by, simply put, sending him back to Greece and exposing him to the risks linked to the deficiencies in the asylum procedure and the detention and living conditions in Greece.