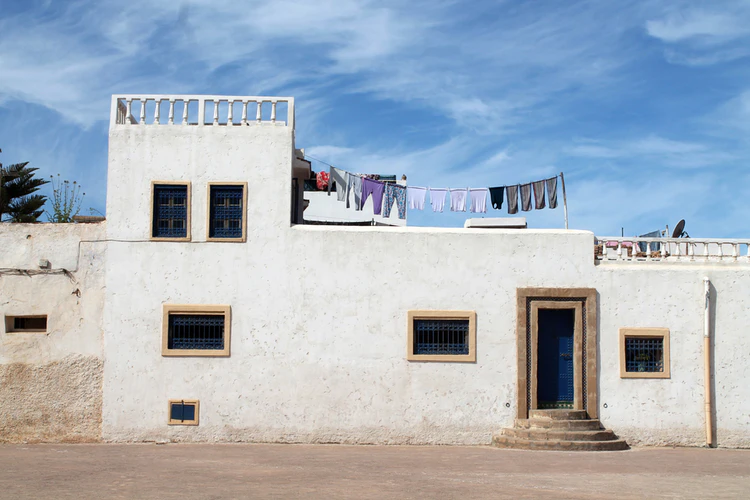 Few can deny that homelessness has become a major societal problem across the U.S., and better solutions are needed to address the issue. While there are a myriad of situations that can ultimately lead to homelessness, rising rent prices are among the nation’s most prevalent. In fact, a 2018 Zillow study found that homeless rates rise more quickly in areas where the average rent exceeds one-third of monthly income. Further, a full 47% of homeless Americans live in areas that are most vulnerable to rising rents and poverty.

The study also determined that more than 660,000 people were homeless for at least one night in 2017. Thus, city leaders and humanitarian organizations across the U.S. are frantically searching for solutions to the growing problem. In some areas, Housing-First policies present a possible resolution that may get people off the street in a compassionate manner. Housing-First is a strategy that promotes self-sufficiency and seeks to address the primary issue facing homeless individuals, which is the lack of housing.

The National Alliance to End Homelessness (NAEH) believes that, “there is one thing that can resolve anyone’s homelessness crisis: reconnecting with permanent housing.” And that reconnection is exactly what Housing-First strategies aim to provide. The model is simple: Give people permanent, stable, government supported housing, and then address the issues that may have led to homelessness in the first place.

A number of areas across the U.S. have implemented Housing-First strategies, and the overall results are promising. To help quell the nation’s rising homeless numbers, communities need to develop a better understanding of how we got here, and perhaps consider giving the Housing-First model a try.

Understanding the Scope of the Problem

Getting people off the streets as soon as possible is imperative to solving homelessness for a number of reasons. Homelessness is a multifaceted issue that can subsequently lead to other serious problems, including substance abuse, substandard healthcare, and poor health literacy. Safeguarding vulnerable populations, from the homeless to the working poor and uninsured, can keep them from these satellite issues and help foster nationwide health equality, and improve quality of life overall.

To that end, there is an undeniable connection between public health and homelessness, and poor health coupled with inadequate medical coverage can push people towards homelessness. And once the sick and infirm are out on the streets, they tend to stay there. “The connection between housing and health is coldly logical,” writers for The Atlantic concluded in 2016. “The sick and vulnerable become homeless, and the homeless become sicker and more vulnerable.”

Despite what we know about homelessness and public health, city governments remain effectively ignorant when it comes to alternative housing solutions. The unfortunate reality is that countless U.S. cities, including Salem, OR, and Fullerton, CA, have a sort of “out of sight, out of mind” policy in place that marauds as a “solution” to homelessness. No-camping ordinances are common, especially in areas where tourism is a major economic force.

In November 2019, for example, the Las Vegas City Council passed an ordinance that prohibits individuals from sleeping on the street. The city of 650,000 is home to about 1,300 shelter beds, but sources report that there are an estimated 5,000 homeless individuals in the Las Vegas valley. Opponents of the council’s decision note the disparity of bed numbers versus those who need beds, and also cited the need for jobs and housing, rather than anti-homeless ordinances.

Successes and Challenges of the Housing-First Model

According to social worker Deborah H. Siegel, there are a number of principles that form the basis of Housing-First strategies. The program is open to everyone experiencing homeless, regardless of credit, rental, medical, or criminal history. What’s more, Housing-First program residents cannot be evicted for using drugs and/or alcohol, and they are solely responsible for their personal goals towards a better life.

Utah was the first U.S. state to enact a widespread Housing-First strategy, in 2005. A decade later, state officials reported that Utah’s rate of chronic homelessness was reduced by 91% thanks to Housing-First. But that’s not the end of the story — Over the last few years, homeless numbers in Utah have begun to rise again as Housing-First funding remains stagnant.

In Austin, TX, Housing-First goes by the name of Permanent Supportive Housing, or PSH. The strategy was initially proposed in 2010, and by the end of 2014, more than 350 housing units for homeless individuals had been built in Travis County. The PSH program in Austin provides a number of resources along with housing, including on-site supportive services and mental health counseling.

According to The National Alliance to End Homelessness, “clients report an increase in perceived levels of autonomy, choice, and control in Housing First programs.” Furthermore, “A majority of clients are found to participate in the optional supportive services provided, often resulting in greater housing stability.”

Is it Time for the Widespread Implementation of Housing-First?

Whenever the subject of homelessness comes up, community members inevitably bring up the subject of mental health. Specifically, the prevalence of mental illness among the nation’s homeless. But does that really matter as, according to Ohio University, on any given day, about 144,000 homeless individuals are also dealing with mental illness?

The mentally ill are among the most vulnerable subset of the homeless, as it can be nearly impossible to find a job and/or seek treatment while you’re both on the streets and mentally ill. It’s important to note that the Housing-First model seeks to provide housing, followed by mental health treatment, not the other way around.

So is Housing-First a viable solution to the societal scourge that is homelessness? Research indicates that it just may be. After Finland implemented a Housing-First strategy nationwide, homeless numbers dropped by 40% over a 10-year period. And in New Orleans, homeless rates were reduced by 90% with help from Housing-First. Yet the strategy remains controversial: Legislators in the state of Maine rejected the policy as recently as November 2019.

Once an individual or family experiences homelessness, pulling out of poverty becomes even more challenging. In fact, poverty is actually a vicious cycle that impacts nearly 40 million Americans. And for those living in poverty, a medical emergency or unexpected bill can mean the difference between shelter and homelessness.

As homelessness can be caused by a number of different factors, it can be difficult to determine the best ways to help the homeless. Currently, most policies intended to tackle the issue of homelessness don’t take the full picture into consideration. But the Housing-First model eschews judgment of the people it benefits, which is key to the program’s success. Across the U.S., data indicates that Housing-First is a promising strategy for getting vulnerable populations off the street and keeping them housed. 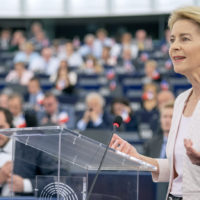 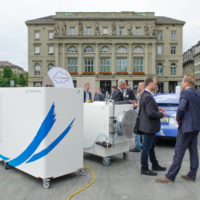 Interview with Louise Charles from Climeworks 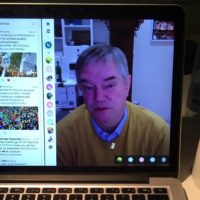 IFLRY Online Meeting on IFLRY in the 80s 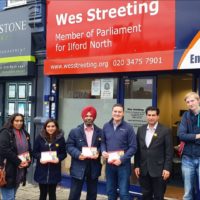 Brexit Update: A Local View on a National Election