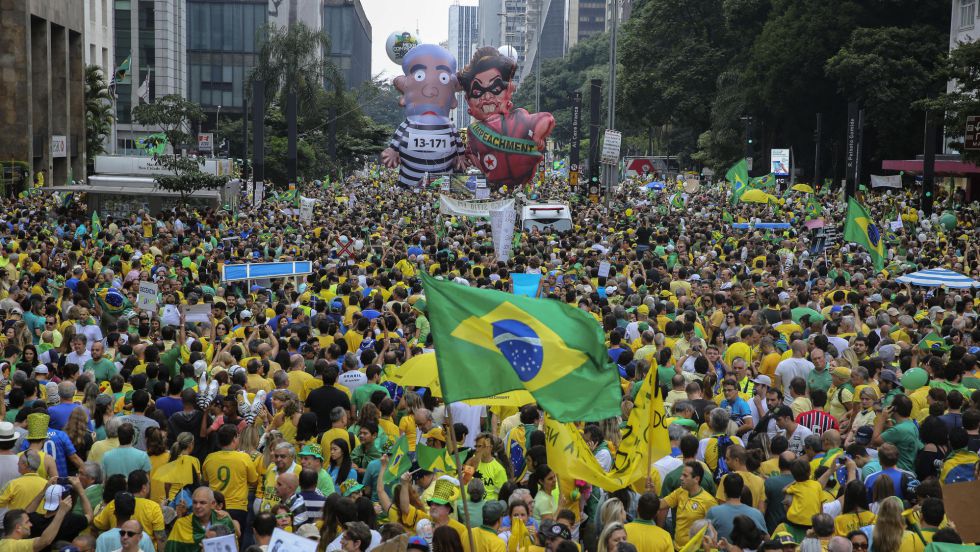 Before reading this blog post, I recommend spending two minutes at this link from the New York Times. It is a brief description of the corruption scandals in which all the Brazilian presidential line of succession is involved. A list of the richest businessmen in the country would look pretty much alike. Hereafter I don’t plan to explain either what’s going on in Brazilian politics or how deep our economic crisis is. I want to share how a local judge managed to investigate (and in most cases punish) the most powerful people of this exotic tropical paradise.

Sérgio Fernando Moro, 44 years old, was born in a middle-sized city in the southern part of Brazil. He was some kind prodigy during his studies. In 1995 he finished his bachelor in law and in 1996 he became a federal judge – a position that can only be obtained through a very strict technical competition involving written exams and oral presentations. In the following years he participated in a study program at the Harvard Law School, studied money laundering with the State Department of the United States, completed both a Master’s and a PhD degree and became a professor at the Universidade Federal do Paraná, a renowned institution near his home town. With this CV, he became quite popular by investigating crimes related to money laundering in his state, where he led major operations that resulted in more than 200 arrests related to economic crimes.

In 2008, Dr. Moro joined an investigation after a denouncement from a local businessman affirming that he was invited to help laundering money through a small car wash shop. When going through the evidence, his team noticed that some of the money passing through this shop was used to buy a car for Paulo Roberto Costa, a former director of Petrobras, which is a State-owned oil company and, also, the biggest firm in the country. Until 2014, 46 people were being judged for their participation in this car wash scheme.

In June, 2015, the Federal Police started investigating Mr. Costa’s family. That was when he decided to cooperate with the Brazilian justice. He presented evidence of a corruption scheme at Petrobras that involved mainstream politicians and at least 2,5 billion Euro. In October, in cooperation with the Swiss government, around 300 million Euro were recovered from more than 100 illicit bank accounts registered in that country.

In November, the Federal Police found out that the scandal resulted in a loss of 10 billion Euro to Petrobras. In the next month, the former president Luiz Inácio Lula da Silva testified on the case and the bank secrecy of Renan Calheiros, the upper legislative house’s speaker, was suspended.

At this point, while the presidency and the legislative were collapsing, Dr. Moro was being seen by most of the population as a star. Of course, supporters from the Workers’ Party (who are in government at the moment) were not his fans and started threatening him in every single way you can imagine, including public speeches from the Minister of Justice and the country’s president, Dilma Rousseff, demanding his arrest. Yes, Sérgio Moro’s arrest!

In March, 2016, senator Delcídio Amaral, former leader of the Worker’s Party in the upper-house was denounced for intervening in the investigations. A taped conversation has shown that he was pressing political leaders and other judges to move the case to the Supreme Court, where the party was capable of manipulating procedures and decisions. As the party rejected to help him, he did the same as Paulo Roberta Costa and said everything he knew, including strong evidence that may result in the arrest of Lula and the president Roussef.

In the past days, the whole country started collapsing. Some of its richest businessmen are in prison, sharing cells with former ministers, congressmen and party leaders. In the imminence of being arrested through a decision from Sérgio Moro, Lula requested Dilma to nominate him Minister. It would not stop the investigations but would move the decisions to the Supreme Court where, as I said, the party would be able to protect him.

As this became public, around 4 million protesters rallied on the streets of the whole country demanding the president’s impeachment. It pressed the Congress, which will take a vote on that in the next weeks; Sérgio Moro, who released several tapes of phone calls from Lula where he repeatedly conducted undemocratic and criminal practices; and Dilma, who nominated Lula her Chief of Staff – a position with ministerial status in Brazil. Since then, a judicial battle started as several federal judges are trying to prevent Lula from taking office.

All of that is, as you probably imagine, just a small part of everything that is going on in the country right now. Although it is still very shocking to me and pretty hard to process, I have two comments for you, who plan go deeper in your readings about Brazil: first, don’t even dare to compare us with House of Cards; we are much more into Game of Thrones stuff. And, second, no matter what people say, never, NEVER, get near to a car wash shop in Brazil. I heard they can be very dangerous sometimes… 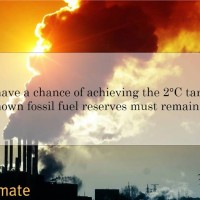 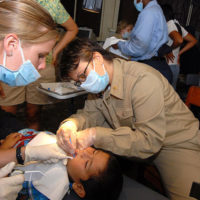 Why Global Public Health Funding Is in Crisis 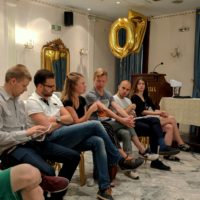 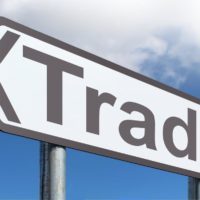 Rising Tensions – Why Free Trade is Under Pressure