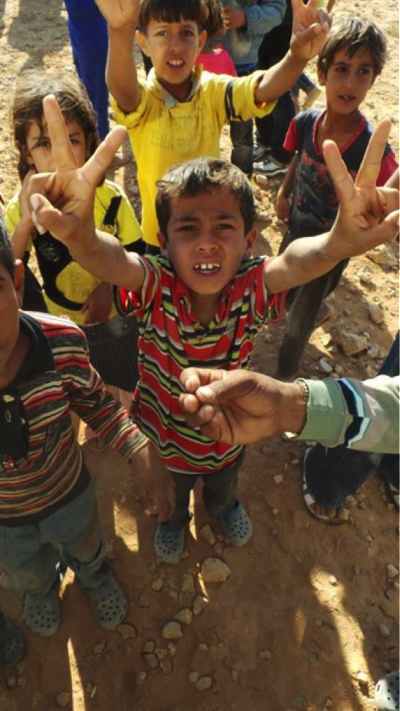 I’ll never forget my reaction the first time I visited a refugee camp; Zaatari, nearby the city of Al-Mafraq in Jordan. The feelings of profound shock at witnessing the endless line of people desperately walking towards the camp, seeking refuge, bearing whatever belongings they could carry. The dismay in seeing groups of children playing in the rubble of a barren plane with mediocre tents visible in the background. The chilling tremor whilst sitting down to hear horrifying accounts of those who had fled the conflict in Syria.

As we enter 2015 the world is facing its worst refugee crisis since World War Two. The UNHCR’s global trend report showed that at the end of 2013, over 51.2 million people were displaced by force.

Failure to find political solutions for conflicts and adequate humanitarian support on the International level, has prompted great strain on aid agencies to seek expensive and protracted solutions. These failures have had immense implications for foreign aid budgets within donor nations.

“We are seeing here the immense costs of not ending wars, of failing to resolve or prevent conflict,” “Peace is today dangerously in deficit. Humanitarians can help as a palliative, but political solutions are vitally needed. Without this, the alarming levels of conflict and the mass suffering that is reflected in these figures will continue.”

The world saw a stark surge in refugees since 2012 due to the war in Syria.UN reports indicate just over 7.5 million people have been internally displaced. An additional 3 million are refugees situated in neighbouring countries. Almost half of these are children. Large displacements were also seen in Central Africa & South Sudan.

European member states and more developed nations have to remain reflective and critical of their efforts in hosting refugees. The European Union combined with its member states have contributed €3.2 billion in relief & recovery assistance, however these costs may increase if attitudes towards hosting refugees are not improved. Despite having the capabilities to do much more, Europe only takes a small proportion of the world’s refugees. Just over 86 percent of refugees are accommodated by developing countries. A stark contrast can be seen in the UK’s Vulnerable Persons Relocation (VPR) initiative which has currently re-settled just under 100 Syrian Refugees whilst Lebanon in comparison has approximately 1.15 million registered Syrian refugees. Great strain has been placed on the infrastructure of these neighbouring countries with internal tensions steadily growing. Winter storms in the Middle East have killed a number of Syrian refugees this year and poured misery over many who have feeble protection from the bitter cold and dreadful weather conditions.

The global crisis exacerbates once you consider the UN has directed a lot of energy into the refugee crisis in the Middle East. There are still many forgotten conflicts & crises around the world including those in South Sudan, The Central African Republic, Rwanda, Palestine, Congo & Thailand.

As the number of refugees around the world rises, so do the chances of mistreatment and exploitation. Despite having a full entitlement to human rights, many refugees face discriminatory treatment in foreign countries. There is no doubt that a great challenge lies ahead for Humanitarian actors and the ground is shrinking beneath their feet. Conflict regions today contain many actors, some of whom have no regard for humanitarian principles. Aid workers face threats, violence and many, including UNHCR staff have been killed over the last few years. Individuals and groups seeking to provide assistance to victims are increasingly finding themselves being marked as targets.

It is time to rethink our attitudes, reinforce our support for those in need of our assistance, and strengthen our political will in order to meet this global crisis. Recent occurrences involving traffickers bringing refugees over in ghost ships and abandoning them in the Mediterranean have required the Italian government to launch rescue missions in order to save them from drifting vessels. Opening legal ways for people seeking protection in the EU must be a primary objective. We must not draw invisible barriers over the borders of Europe as we prepare to wait out the worst refugee crisis since the Second World War.

Behind large statistics & utter devastation it’s easy to become desensitised, and behind the politics of conflict, human causality and pain is quite often obscured. We must always remember that these are humans and individuals like us, sharing hopes and dreams. They are fleeing their homes out of desperation and fear of death. They have already faced many torments and deserve to be protected and treated with dignity.

Umar Ramzan is a member of Liberal Youth’s (UK) international committee who has been actively involved in working with refugees in Jordan.

What is the sense of fighting for gender equality focusing on the issues of one of the sexes? – Julia Rudenko 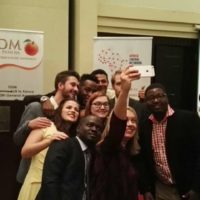 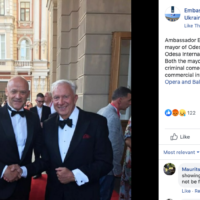